As we wrap up our Christmas celebrations and look forward to the new year, let's not forget what we've lost over the course of 2015. Although our ranks weren't thinned by permabans, we saw the end of the highsec awox era and the hyperdunk (and superhyperdunk). Yet we've gained so much: More highsec dwellers obey the Code than ever before. As for the rest, they get what's coming to them--another week of wisdom delivered by our Agents from December 20th @ 00:00 EVEtime through December 26th @ 23:59 EVEtime. 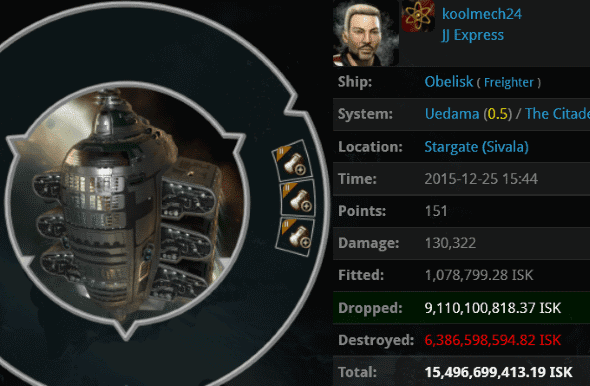 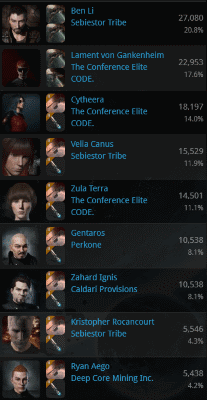 What's this? Hyperdunking may be gone, but Ben Li's stealth bomber alts are trained and ready to party. I like to imagine that each stealth bomber was dressed up as one of Santa's reindeer. 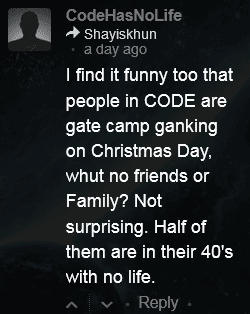 "CodeHasNoLife" couldn't be more wrong. Code enforcers do have a family. It's called the New Order family. The result: CarebearHasNoFreighter.

Ben Li's drawing, above, makes a good point, though. Sometimes our Agents make an entire family by producing a bunch of alts. 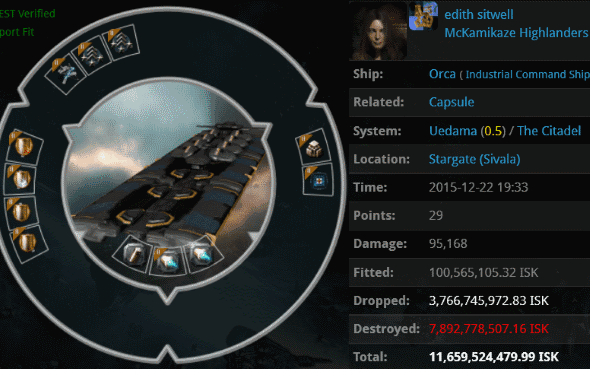 KILLMAIL
Judging by her cloak and impressive tank, edith sitwell had no intention of losing her 11.6 billion isk Orca. But consider the other evidence. edith lacked a permit, and she went AFK in Uedama. She didn't autopilot, either. Our Agents report that edith's Orca was simply parked near a gate for more than 30 minutes before being brought to justice. In case you didn't hear, Uedama is a no-parking zone. 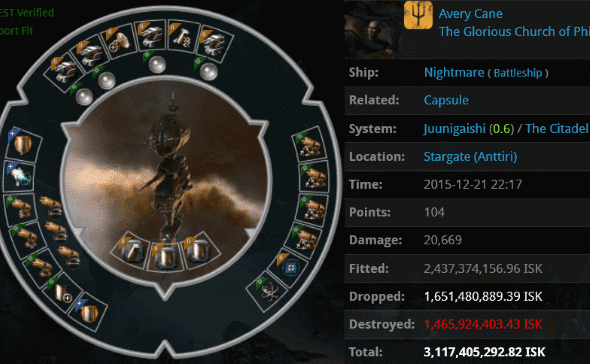 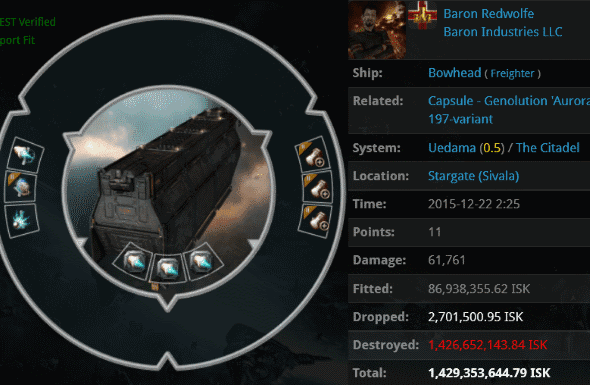 KILLMAIL
Say all you want about ships that can't shoot back, but Baron Redwolfe's Bowhead was clearly ready for some PvP. He shouldn't have cargo-tanked, though, because our Agents always have a hard counter prepared. Agents Adelaide Brooke, Zula Terra, InferiDiii, Bob Masevski, Karmafleet Is Recruiting, Sasha Cohenberg, Mr Omniblivion, Yabba Dabba Do, loyalanon, Stormy whether, Knackered Old Goat, Where-Am I, Cytheera, Fegette Drath, Chocolate Mooses, Amanantian, and Eure Dincigkeit had some pleasant PvP with the Bowhead and everyone went home happy except for the Bowhead pilot. 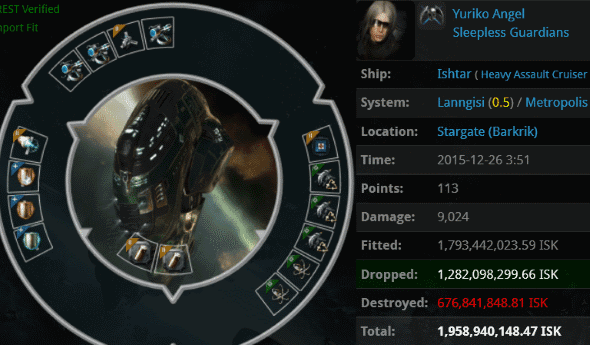 KILLMAIL
The Ishtar has often been criticized in the past for being too versatile or too overpowered. For instance, is it unfair that a ship can use so many different kinds of drones with good damage and fit three salvagers? Yuriko Angel of Sleepless Guardians didn't exactly live up to her corp's name. Members of CODE. never have that problem. Agents Krig Povelli, hellokittyonline, Gist Warlord, Harryette Ballzack, and Yucan Blome proved that Ishtars are not invincible by any means. Arguably the Code is overpowered, but you can't buff bot-aspirancy. 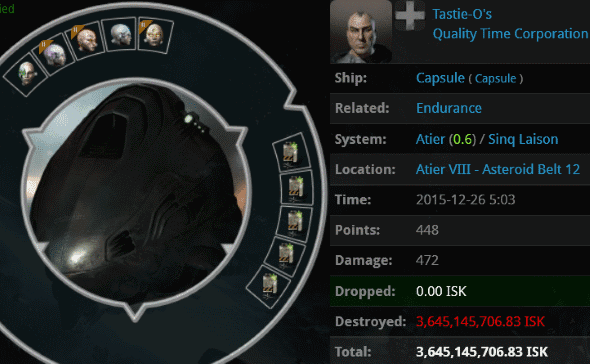 One of the secrets to the New Order's success is, of course, its endurance. I received an interesting EVEmail in response to the recent MinerBumping post about the 95% decline in autopiloting shuttles. Agent Aaaarrgg writes:

The pod/AP traffic is WAY down. 4 years ago me and stoner etc. did not need scouts, we would just undock and warp to gate, me in Madirmilire and him in Kaputenen. We were almost guaranteed the choice of a few pods to kill every 15 min per alt, and we had so many alts :)

I was surprised how long it took for the message to get about, took a couple of years, after a while I remember seeing a null vet on the forums I think mentioning/complaining about the rise in high sec podding as if that was something bad. Then the pods on AP began declining and shuttle APing increased.

Well you know what happened next, D400 killing ap shuttles :) and I have to admit to killing a few myself. Most now fly ATK and warp to 0 and real AP pod users are few and far between. Most now are empty noobs who do not know better or empty alts that dont mind being podded occasionally. But of the nice pods killed I suspect most are long time unsubbed chars resubbing and continuing as they did all those years ago, or maybe a lot of the shiny pods are ones on AP that got their ship ganked further up the pipes either by gankers of maybe faction navies.

Well almost forgot what the point of the mail was, but it was to show the latest milestone in my never ending quest for 9001 (over 9000 of course) illegal pods ganked in highsec. The toll by Aaaarrgg alone stands at 7000 now (actually more by now) and way more with my alts but its Aaaarrgg that counts :)

With the massive reduction of AP pods the count is increasing much more slowly, but this is in itself a victory. A victory as so few agents managed to have such a large game changing effect on the entire game universe. And it was literally only a few people. Definitely proof that the Code always wins.

Year after year after year of winning. In time, there will be carebears calling themselves "bittervets" who never played EVE before the Code. The pre-Code years will be only faintly remembered as a dark age.
Posted by MinerBumping at 21:12