The Game of Life

In a functioning highsec society, everyone does his part. Everyone has a role, but certain roles are superior to others. Jobs performed by some players are unimportant or largely unnecessary. For example, if everyone stopped mining in highsec, no one would be the worse for it. Indeed, it would only add more content to lowsec and nullsec. 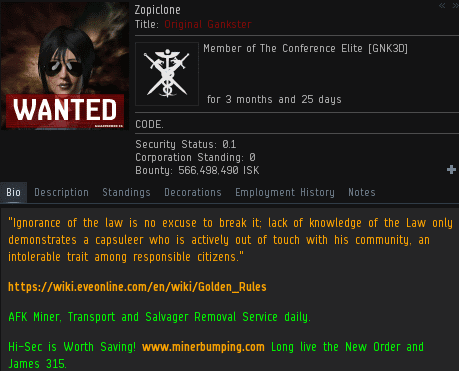 By contrast, some services are so vital, so indispensable, that players cannot do without them--or even decline them. Every AFK miner is deemed to have agreed to receive ganking services, as provided for by the Code. Players who provide these kinds of tasks quickly become legends. Over the past several months, Agent Zopiclone has made quite a name for herself by providing important services to highsec residents. 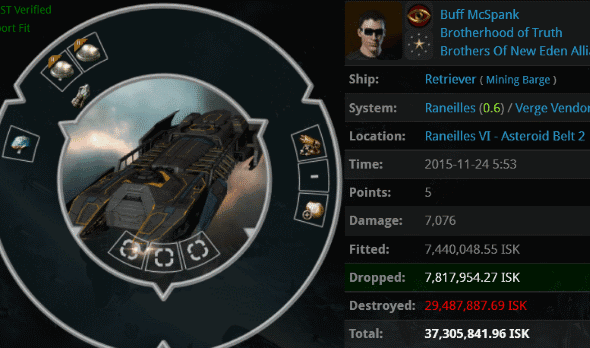 Buff McSpank became a content recipient when Zopiclone ganked his fail-fit Retriever. In Buff's defense, he'd only been playing EVE for two months. It takes most miners much longer than that to learn how to fit a Retriever. If they ever do.

Our Agent called on Buff to make sure he had all his paperwork in order. As luck would have it, Zopiclone caught Buff in a bad mood.

Goofus says, "If only I had more warning. If only someone had told me about the Code, then I would have lived a better life." But how did Goofus treat the messengers of the Code when they were sent to him?

Alas, the forces of bot-aspirancy had gotten to Buff McSpank first. (They move more quickly than you'd expect from a bunch of AFK'ers!) Buff's head was filled with misinformation about why we do what we do.

I've noticed that when people have preconceived notions about something, they hold preconceptions that facilitate their laziness. For instance, Buff assumed the Code was "bull shit", so he didn't need to read it or change his behavior. Rarely will you find a miner who says, "I haven't read the Code, but I already know it's awesome."

The highsec miner pretended that he was willing to PvP, if only he had been challenged. Buff considered himself brave, but felt that Zopiclone was cowardly for "hiding behind a computer". Carebears don't hide behind computers, you see. That would require them to be at their keyboards.

Again with the preconceptions. The name James 315 remains the most reliable litmus test in all of EVE. Good people respond favorably to it, and bad people recoil. Try it for yourself if you have any doubts!

Buff said he was mad because he lost his ship. Ah, another good litmus test. A proper EVE player, when bested in combat by someone with vastly superior skills, will have a reaction closer to, "How can I do that?" Being a Goofus, Buff only wanted to avoid PvP, not learn from it.

In the end, the miner dismissed Agent Zopiclone as someone who doesn't have a real life. Then he promptly left to go mining in highsec.
Posted by MinerBumping at 18:58