If You Say It Enough Times

Every Agent of the New Order has rock star status in highsec. With each victory, their celebrity status grows. Needless to say, Agent Zopiclone has a big following in the Verge Vendor region. 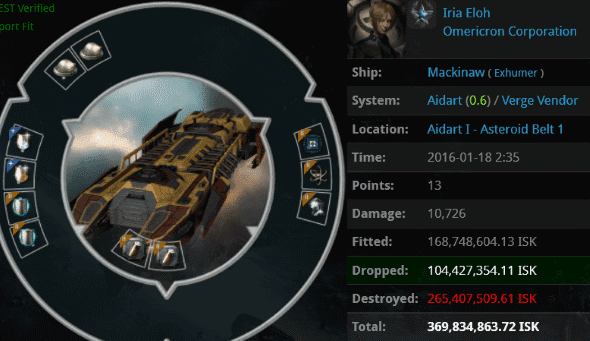 Iria Eloh couldn't resist the temptation to mine AFK. She paid the price.

When not in an AFK coma, rebel miners live in constant fear of the New Order. As soon as a member of CODE. enters the system, they scatter like cockroaches. Wouldn't it be nice if those people followed the law, got documented, and came out of the shadows?

Two hours later, Zopiclone returned to the same system. She could only roll her eyes when she saw that Iria Eloh was up to her old tricks again--in the same asteroid belt! CONCORD was still in the belt from the previous gank; Zopiclone pulled CONCORD before performing the gank. Iria apparently wasn't alarmed when she saw CONCORD withdraw. 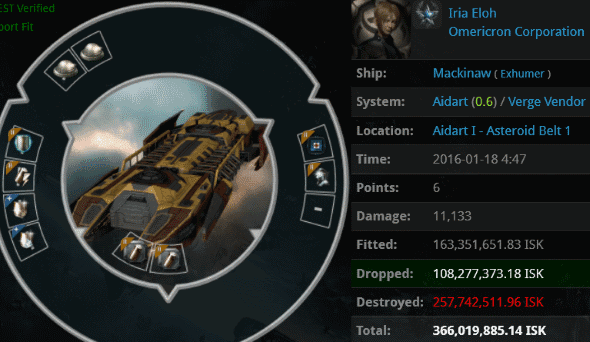 Iria lost her second Mackinaw. It had a different fail-fit this time, sacrificing some shield in favor of more capacitor. (Because capacitor tanking is a thing.) You might assume Iria was just another self-destructive Goofus, but she had an ace in the hole.

Iria sprang the trap: She was a space lawyer!

Iria laid out all the evidence she had on Zopiclone. To hear Iria, it was an open-and-shut case. But Zopiclone kept her cool.

As usual, the space lawyer had supreme confidence in her own knowledge of the game's rules. Iria didn't betray any doubts she might have had about the contents of the EULA. A new player watching this conversation in local would probably be pretty impressed.

Iria had another thing in common with all the space lawyers we've seen before: She was completely wrong.

When Iria realized that Zopiclone wasn't intimidated by her threats, she left the system in disgrace. Did she begin to have doubts about her case? Or did she add a new entry to CCP's stack of frivolous anti-Code petitions? We may never know. One thing is certain: The New Order won a great victory that day.
Posted by MinerBumping at 20:07