Previously, on MinerBumping... While peacefully tending to someone else's mission wrecks, Agents Krig Povelli and Shin Dragoran came under attack from two members of the New Eden Missionaries alliance: DEFANDER and Nillith Astari. Our heroes easily defeated DEFANDER's Golem and Nillith's cruisers. The villains were salty after losing their ships to the New Order. But Agent Shin came up with a plan that he believed might help everyone: He offered to join the carebears' alliance as an advisor.

Shin Dragoran was quickly accepted into one of the corps in the New Eden Missionaries alliance. He knew it wouldn't be easy to train them in the art of elite PvP. He would need to be more of a drill sergeant than a Mr. Miyagi. So at the first opportunity, Shin initiated an unscheduled training session in Nakugard, where an alliance mining op was underway. Luckily, corp friendly fire was set to "legal". Shin brought his Proteus to the mining op and tackled a corp Orca and an Obelisk.

Shin invited fellow Agent Krig Povelli to the alliance's public channel. Since his trainees were having difficulty PvP'ing him, Shin allowed Krig to act as a neutral third party to negotiate the release of the ships.

All eyes were on Nillith. Though she wasn't flying the Orca or the Obelisk, everyone knew that Shin had been brought into the alliance mainly to train Nillith.

Our Agents are highly skilled EVE players, but what brings their abilities to the next level is their commitment to the timeless principles of the Code. 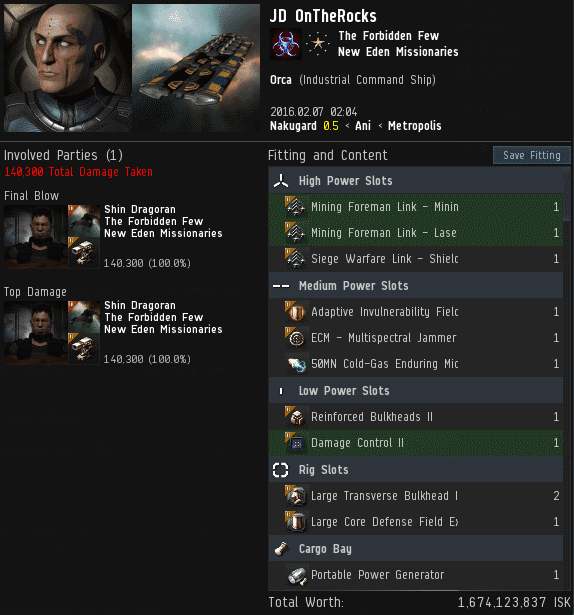 The Orca went boom. So far, Shin was proving himself to be an excellent instructor. "How did I beat you?"

Bringing a freighter to a highsec mining op is never a good idea. Especially if it lacks a mining permit.

No one in the alliance was willing to spend any money to save their freighter. 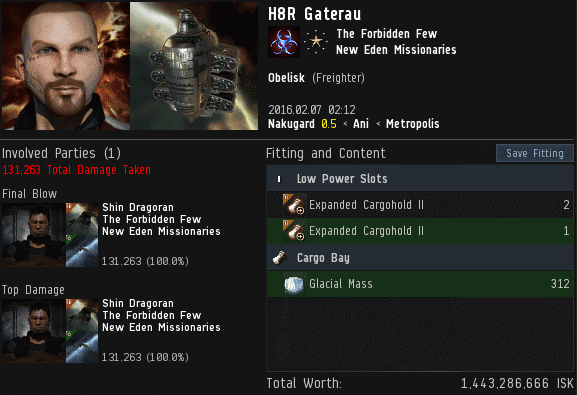 So the Obelisk died, too.

No one ever said becoming a master of PvP would be easy. Then again, Nillith and her fellow alliance members weren't exactly apt pupils. Krig and Shin paid a visit to the alliance's intel channel.

Ultimately, the New Eden Missionaries decided to go in a different direction; Shin Dragoran's services were no longer needed. Shin honestly believed he could've made something out of those carebears, but they needed to give their best effort. Sadly, the carebears weren't willing to fully commit. 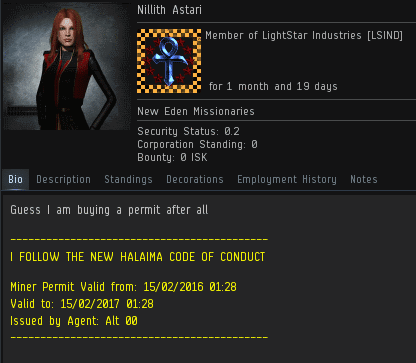 But the New Order never gives up hope.
Posted by MinerBumping at 18:48