On occasion, carebears complain that the New Order mining permit requirement constitutes "extortion". Educated people know that it's actually comparable to a tax or user fee. The rebels and skeptics protest that the New Order doesn't provide highsec with any services. This is absurd, but it's worth taking a moment to reflect on all of the things we do for highsec. Consider, for example, a typical day for Agents Krig Povelli and Shin Dragoran, who make sure highsec stays beautiful.

Krig and Shin were clearing some debris left behind by mission runner DEFANDER. The carebear was using a Golem to run amok in a 0.5 security system. No doubt DEFANDER felt he was entitled to all of his wrecks, but he wasn't looting and salvaging them quickly enough for our Agents' taste. In response to their charitable activities, DEFANDER opened fire.

The battle went poorly for DEFANDER. He had a lot of money to spend on his fancy ship, but he lacked the elite PvP skills mastered by our Agents. 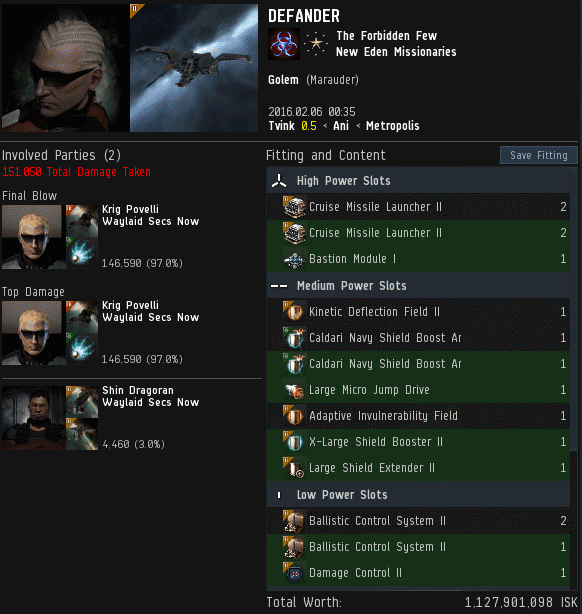 DEFANDER initiated the self-destruct sequence on his ship--a tactic that the carebears are increasingly resorting to these days.

While the Golem was tackled, Krig had offered to let him go, if only DEFANDER was willing to embrace the Code. He was not.

During the elite PvP battle, DEFANDER's fellow alliance member, Nillith Astari, had attempted to intervene on his behalf. Nillith lost a logi ship and a Thorax, as well as her two pods.

...She also lost her composure.

Carebears rarely appreciate elite PvP, even when they get a chance to experience it. No wonder they don't put in the effort needed to become elite PvP warriors like our Agents.

Despite ample practice, most carebears are poor losers.

Nillith broke off all contact with our Agents. They didn't even get a chance to offer her a mining permit. (A real shame, since they were on sale that day for only 10 million isk.) Was Nillith doomed to oblivion? Agent Shin Dragoran wasn't willing to let that happen. In that moment, he got a brilliant idea.

It was time for our Agents to provide yet another service to highsec: Shin Dragoran prepared to join the carebears' alliance as an elite PvP advisor!