Zopiclone is an Agent on a mission. Her primary goal is to enforce the Code. Her secondary goal is to make Verge Vendor the coolest region in highsec. The two objectives are in perfect harmony with each other. 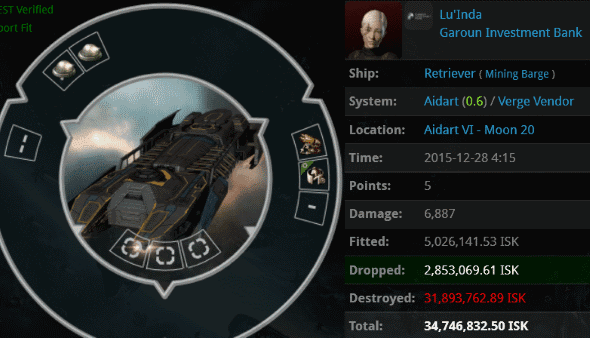 Zopiclone terminated a Retriever piloted by a bot-aspirant named Lu'Inda. The ship was totally out of fashion in the new, stylish Verge Vendor of today. Let's be honest--there aren't many fits that call for 'Citadella' 100mm Steel Plates.

Lu'Inda had an excuse for her fail-fit ship. She was just a newbie who didn't know any better. And Zopiclone was raiding a newbie system!

Actually, it was a 0.6 system, which is exactly where you'd expect to see elite PvP.

Zopiclone tried to teach the new player about some of the basics of EVE. She wasn't interested in the basics. Lu'Inda was turning out to be a very difficult pupil.

While passing through the system, EVE University member Lachlan Aristov stumbled across the argument taking place in local. He encouraged the miner and gave her some good advice. Looks like the EVE University curriculum has gotten more advanced these days. 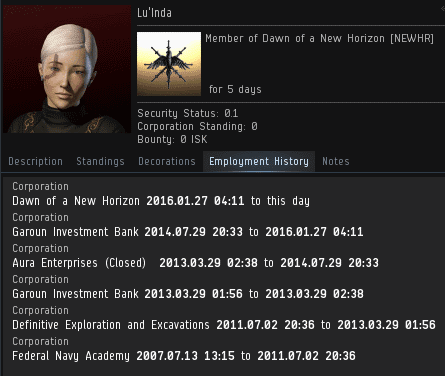 As you have probably guessed by now, Lu'Inda wasn't really a newbie. In fact, her character was over eight years old. Perhaps a new player bought the character recently. But that only raises more questions. Why would someone need to buy an old, high-SP character to mine in highsec? You can mine in highsec with a new character. It's cheaper, too.

New or extremely old, Lu'Inda had some cash to spare. And by spare, I mean waste.

Lachlan was full of practical information about the game, but Lu'Inda wouldn't listen. She accused Zopiclone of log running. I don't know what that is, but I'm pretty sure lions don't log run.

Next, the miner tried to deny her bot-aspirancy. As usual, our Agent had all the evidence she needed to prove the miner's guilt.

The New Order has an exceptionally high clearance rate. It helps that the miners almost always confess.

Lu'Inda admitted to additional crimes: She was teaching her son to mine illegally! I guess bot-aspirancy is the family business.

Zopiclone was amazed to see an eight-year veteran of EVE behaving in such an undignified manner. Was this merely an aberration, or was it the sign of something even more sinister?