The New Order shocked highsec this past week, launching an assault on--you guessed it--Uedama. The carebears were taken completely by surprise.

Instead of buying 10 million isk permits and displaying a shred of common sense, freighter pilots continually AFK'ed into Uedama. They were too bot-aspirant to do otherwise: In 45 minutes, a single corp lost three different freighters, for a total of 15 billion isk. Hundreds of freighters were destroyed in a matter of days. CODE.'s damage inflicted for the month reached an all-time high, according to zKillboard, which put the total at 2 trillion isk.

A few highlights from the week of February 21st through February 27th @ 23:59 EVEtime. Enjoy! 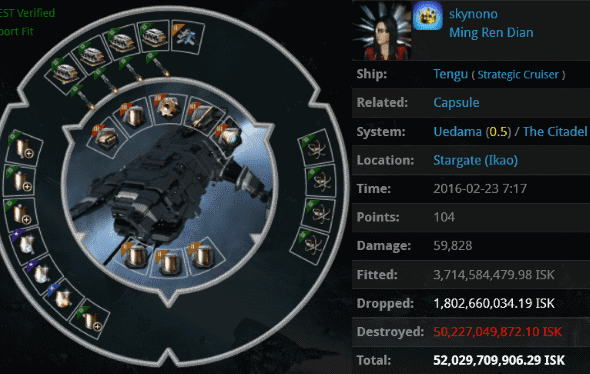 The Tengu was carrying 40 PLEX. (The Loot Fairy is more reluctant to part with PLEX than other items, so none dropped.) In all, skynono lost 52 billion isk--until her 3.2 billion isk pod was snatched up, adding to the butcher's bill. 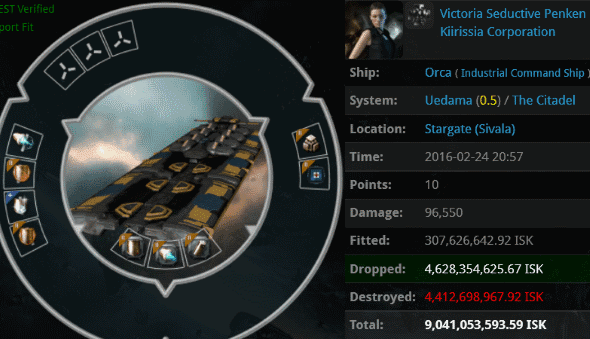 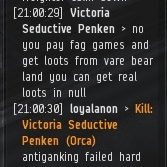 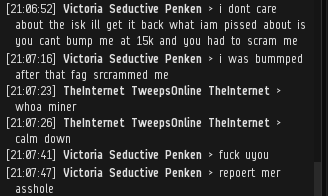 The Orca had been bump-tackled, but when it seemed the Orca might pry itself loose, Agent Shame On You activated a warp disruptor. This fact troubled Victoria greatly.

When you disobey the Code and lose your ship, the only reasonable things to do are (1) calm down and (2) buy a permit. Victoria couldn't even get past step one! 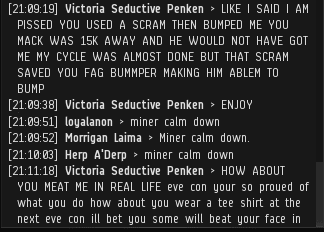 I fear Victoria's hauling ships may become priority ganking targets in the future. 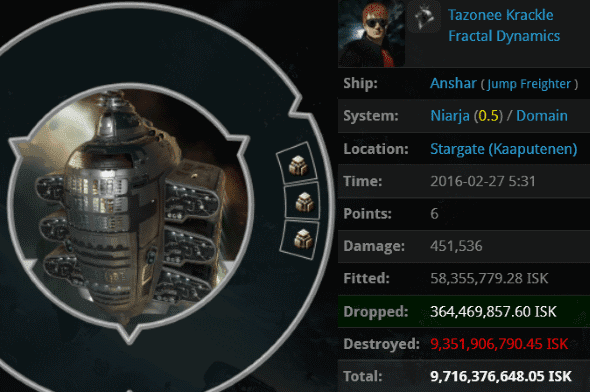 Although the fleet was based out of Uedama and had many Taloses in its ranks, it made its way safely to Niarja without a hint of interference from the Anti-Gankers. In fairness, there were almost no Anti-Gankers in the area, despite (or perhaps because of) the non-stop ganking in Uedama over the previous several days. 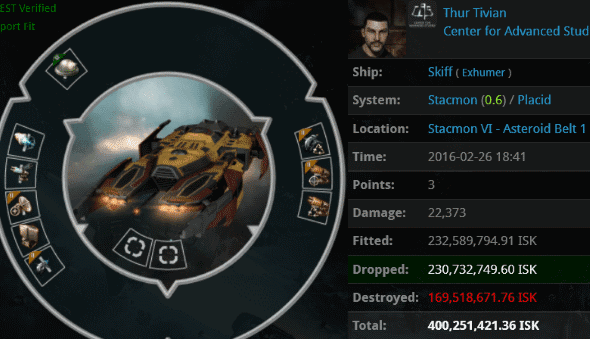 How bad can a Skiff fit get? Pretty bad. Thur Tivian equipped a tracking enhancer for his ORE Strip Miner and then filled out his ship with a passive targeter, tracking disruptor, and a missile guidance disruptor. An exotic creature, the Skiff was not long for this world. Agents Zopiclone, PV Rock, Herp A'Derp, Wreck Connoisseur, and Mincing Spaceships put an end to it. 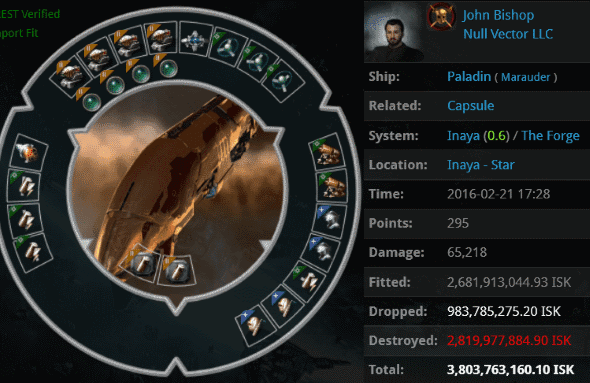 John Bishop's 3.8 billion isk capacitor-tanked Paladin was a flawed ship. But when it comes to highsec carebears, the biggest vulnerability is always human error. It was destroyed by Agents Bladewise, Ninjesus Christ, Merfyn Auscent, and Krig Povelli. Oh, and... 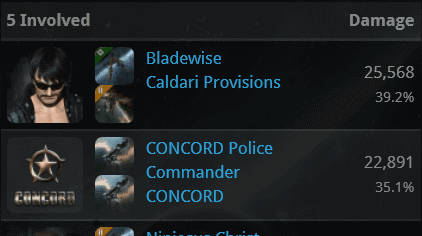 ...the safety button couldn't keep John from attracting CONCORD's attention during the fight. 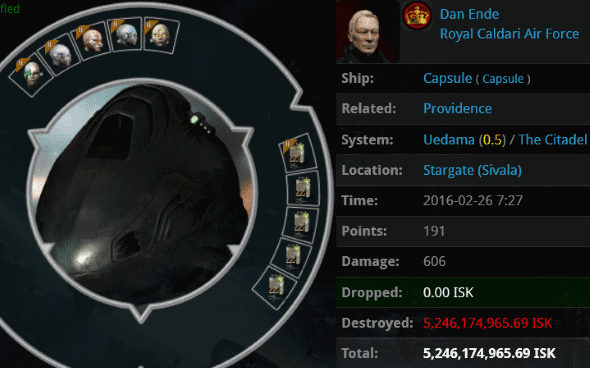 A full slave set and some other decadent implants led Dan Ende to suffer the Podkill of the Week. Agents Lawrence Lawton, T imeLord, and Yvain Bluewater were all quick enough on the trigger to get on the killmail after Dan's 4.1 billion isk freighter was ganked in Uedama.