The Birth of Civilization, Part 1

EVE players from all walks of life look upon the achievements of the New Order and marvel. Before the New Order, everyone considered the idea of changing highsec to be absurd, an impossibility. Now they know better. But they still yearn for a better understanding of how such change occurs. 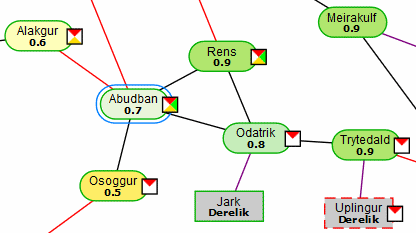 Consider the Abudban system. It suffers from the presence of ice and its close proximity to the Rens trade hub. Abudban's cruel geography seems to guarantee that its inhabitants will fall under the influence of bot-aspirant culture and all the ills that come with it. Only an Agent of remarkable integrity and fortitude could ever hope to plant the seeds of civilization there. 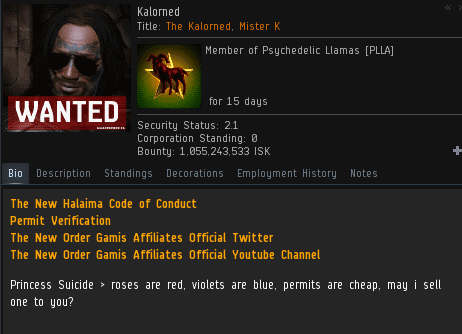 Luckily, the New Order is home to such Agents. Known best for his victories in the vicinity of Gamis, Kalorned decided to take a trip to Abudban. The things he saw and experienced there will be the subject of this series. Given the historic nature of this mission, Kalorned saw fit to give the readers of MinerBumping an unprecedented look into the mind of an Agent. From time to time, we'll read his own thoughts, in italics, as he wrote them in his journal.

Inspired by recent stories on MinerBumping.com concerning Vrix Nation and their search for intelligence in highsec, I got the idea of engaging in a safari of my own. I'm not sure there was anything in particular I was searching for. I more felt that I needed to just be--amongst the miners, to interpret their thoughts and actions towards a vague and mysterious understanding on my part. 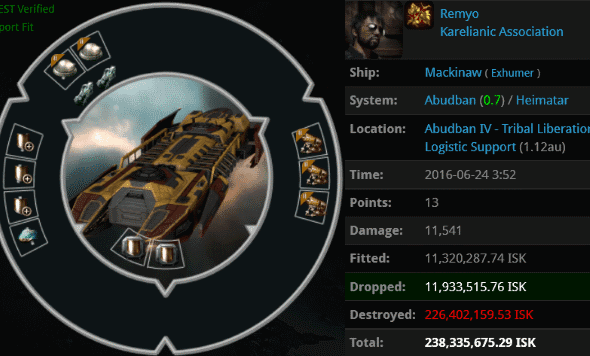 It didn't take long for Kalorned to make first contact with the miners. No thanks to them, of course; they remained silent even after he greeted them in local. Fortunately, Kalorned was traveling along with his merry band of gank alts. A halfheartedly tanked Mackinaw was the first to die.


Remyo > Fuck you Kalorned
Remyo > I was not AFK and you know it well
Kalorned > Why didn't you respond to me in local then?
Kalorned > The Code states that miners must acknowledge agents in local
Kalorned > http://www.minerbumping.com/p/the-code.html
Remyo > Right. But now I know you are an asshatter
Remyo > Blocking you now

I was simply reciting the law to him and yet I was called an "asshatter". It's an interesting term, combining a derogatory "ass" with "hatter", a partial break-off of the descriptive term "mad-hatter" which is used to insinuate that someone is crazy. I suppose this must've been a fancy way of saying that I'm a crazy ass. Interesting.

I'm always impressed that CODE. has been so successful it often outgrows its position as just one branch of The New Order of Highsec. Often times the miners think that CODE. is the only entity that exists. It's tiring having to re-explain the greater structure, and I often feel it falls on deaf ears not interested in listening. I persevere, though, and remind them nonetheless; such is my responsibility.


Remyo > Besides, Kalorned knows very well I am helping in Rookie Help and talkig there, not in Local
Remyo > So that attack was more personal nature than "code roleplay"
Shaun Thiesant > sounds like it
Remyo > Code does not like me helping noob avoid their ganks
Remyo > Simple as that

For some reason, Remyo assumed that Kalorned was familiar with his work in the Rookie Help channel. If Remyo really was busy helping newbies avoid ganks, he was obviously a bad role model. Would you take gank-avoidance lessons from a guy who was ganked in a yield-fit Mackinaw?


Kalorned > Stop being sore losers friends
Kalorned > You've all lost at elite PVP tonight, it's ok
Kalorned > I'm an agent, I always win
Kalorned > No need to be mad that you lose to me
Shaun Thiesant > Oh I am not mad
Azure Momaki > Neither am I

Why do the miners always complicate things? We have a law, they broke the law, they were caught and subsequently punished. It can't be that hard to fathom, can it? The locals asserted that they weren't mad, either--a sure sign of being mad. I needed to try and calm the situation. Maybe I introduced myself wrong?


Remyo > Kalorned merely showed his true colours
Remyo > He is Code
Shaun Thiesant > In the grand scheme of things, all you did was kill a pixelated ship homie
Shaun Thiesant > go be a real boy and get outta your mommy's basement
Kalorned > And also made high sec better

Remyo concluded that Kalorned's true allegiance was to the Code. A little time spent on MinerBumping could've taught him that lesson--and for less than 238 million isk.

The Abudban miners were an unruly bunch. Their mood didn't improve after having witnessed a Code enforcement Agent kill one of their brothers. The shooting was entirely justified, but they didn't see it that way. They were close to rioting.

Local was only getting more agitated. I tried relating to them with a name given to me by one of their own, but the tactic hadn't yet borne any fruit. Perhaps I could just make an earnest and naked plea for peace.


Kalorned > I only want peace and harmony in High Sec
Kalorned > If only every miner would see the benefit of an orderly, compliant high sec
Azure Momaki > Oh, yeah Daddy., Work the shaft.
Azure Momaki > You gotta suck a little harder for us to have peace and harmony
Shaun Thiesant > yeah orderly and words hurt with safe spaces bullshit
Shaun Thiesant > fucking millenials

Years of bot-aspirancy and a rampant neglect of highsec's law had resulted in the deterioration of the very fabric of Abudban society. Most people would look at the situation and call it hopeless. The world had given up on these miners. Would Kalorned abandon them, too?

To be continued...
Posted by MinerBumping at 01:00