The Birth of Civilization, Part 2

Previously, on MinerBumping... Agent Kalorned went boldly to Abudban, a system plagued by bot-aspirancy and unauthorized attitudes about the Code. Though Kalorned and his gank alts proved themselves honourable warriors by destroying mining vessels, rebels began to speak against Kalorned in local.

Some call our Agents "millennials", apparently in reference to the belief that the New Order's rule over highsec will last a thousand years.


Remyo > Lol I locked Kalorned and he ran like a shit
Kalorned > Remember everyone, permits can be obtained for only 10m ISK per pilot per year
Azure Momaki > So can ammo

From Kalorned's log: Local reached a point where they began threatening violence. I considered it might be that the locals only understood aggressive speak. Maybe that was the only way I could wrest control of the conversation. 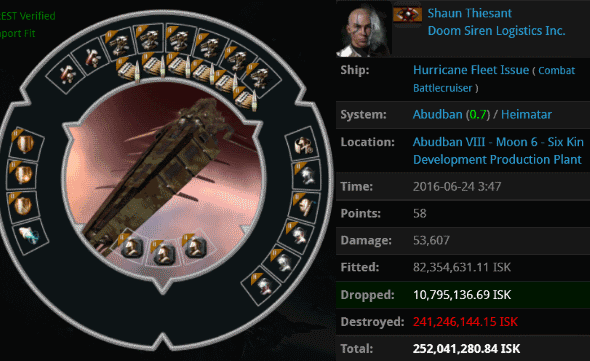 Kalorned's bumping Orthrus engaged the rebel in honourable 1v1 combat. The result was a nice Hurricane Fleet Issue killmail. Apparently some rebels really believe our Agents can't kill ships that shoot back. That mistake has cost many rebels their favorite ships--and their pride.

Shaun claimed his defeat didn't count because his ship was badly fit. Yet he'd had all the time in the world to properly fit the ship. Indeed, he was only one jump from Rens. Kalorned could only conclude that Shaun Thiesant was bad at PvP and at ship-fitting. The one did not excuse the other.

The locals seemed to be responding to tough talk. Threats of violence have subsided to mere suggestions that I commit self-harm. No one has spoken for a good 10 minutes now, I believe my work here is done for the day.

Kalorned enjoyed a well-earned rest. The very next day, he went right back to work in Abudban. He arrived not a moment too soon.

Remyo was attempting to warn other miners of my presence, claiming I was CODE. I thought I had sufficiently explained the difference between The New Order and CODE. to him. As I alluded to earlier, though, I feel he simply may not care. In any case, he was too late, not that his warning would've mattered if he'd been on time, since all these miners seemed to be AFK.

I spotted another illegal mining operation. This one was escorted by a Muninn, the pilot of which, in true Abudban fashion, could only use coarse language and threats of violence to make his point--whatever it was. I had to de-escalate local, and the only way to do that was to remove the one inciting violence.


Shejidan > not looking for trouble, but...
Psimana > catas come in 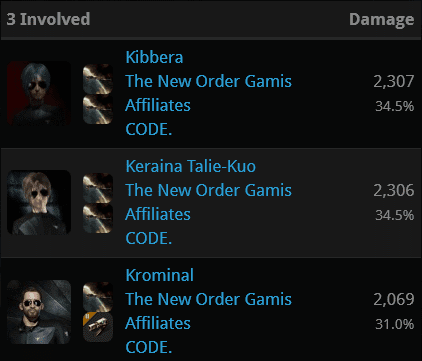 Catas did indeed come in. 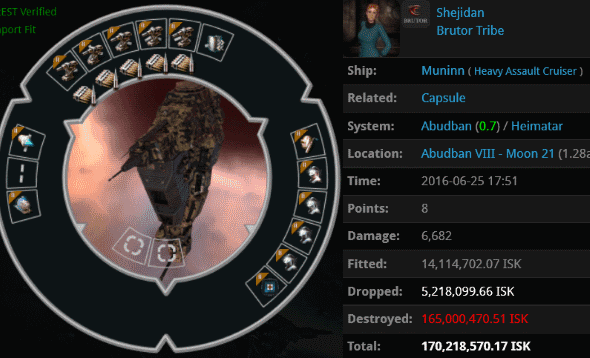 Three of Kalorned's ganker alts landed on the Muninn, which had apparently been anticipating an attack from Kalorned's Orthrus instead. In this case, the Orthrus merely provided a warp-in. The gank was executed perfectly.


Krominal > Kill: Shejidan (Muninn) Kill: Shejidan (Capsule) Interference with New Order operations is not permitted
Mining Mechanic > Lol.
Shejidan > nope. scum like you is beneath me
Kalorned > Except apparently your beneath us
Kalorned > losing in honorable PVP
Kalorned > a shame

Once again, rebutting with strong and aggressive language seemed to be the only way I could get a handle on local. It has gone quiet for 10 minutes since my last statement to the locals; the situation now seems to be under control. I suppose now I can get back to enforcement.

Miners can be so strange. If you obey the rule about not going AFK, why would you not take that extra step and get a permit?

My efforts in this system seem to be paying off. Slowly the locals are coming around to appreciate my work and the Code. I've recovered Calinea's dropped assets now and wait... this Thrasher is locking me up now...