There's a myth in highsec today, the myth that people don't need to buy New Order permits and obey the Code. When you stop and think about how much suffering and devastation has been caused by that myth... It's difficult to even wrap your mind around it. Dear reader, let's make sure that we always stand for the truth. Agreed? And we can begin by reviewing and internalizing the following kills from the week of July 3rd @ 00:00 EVEtime through July 9th @ 23:59 EVEtime--kills that reflect the reality of highsec and not myths.

But first, I'd like to direct your attention to CCP's statistics on kills performed by alliances and corporations during June 2016. The stats, published on Reddit, reinforce once again the supreme relevance of the CODE. alliance. If you look at the "most isk destroyed by corporation" category, you'll see something else that's truly impressive: 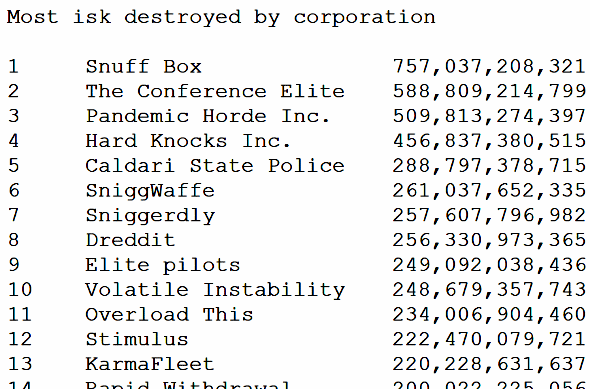 Yes, the second-most damage in all of EVE was done by one of CODE.'s own corps, The Conference Elite. Despite having only 137 members, it out-damaged even the mega-corps with their thousands of members. How'd they do it? They're elite, and they have the Code. They are living the legacy of loyalanon. 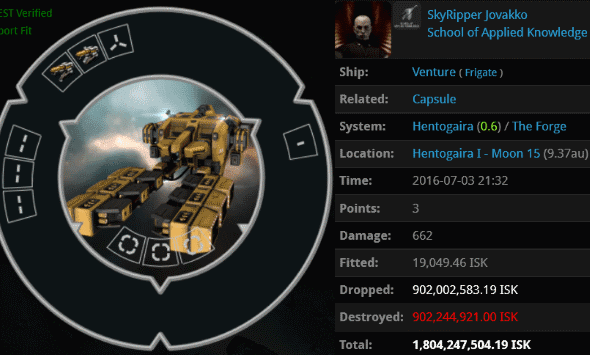 KILLMAIL
SkyRipper Jovakko had some funny ideas about how to fit his Venture. He had a minimalist approach: A pair of mining lasers and a whole lot of empty slots. Still, even a seemingly austere carebear can hide within himself decadent cravings. In this case, SkyRipper had a pair of PLEX in his cargo. Agents shootyou longtyme, Lady Ati, and Leeroooy took the fight to SkyRipper and won. 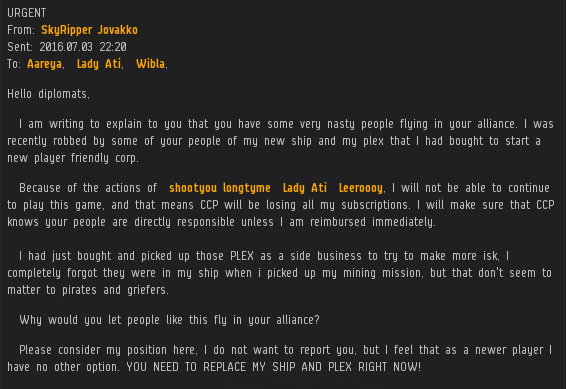 And the miners call us extortionists. If you pay close attention to that first paragraph, you'll see that our Agents prevented the creation of another bad highsec corp that preys on new players. 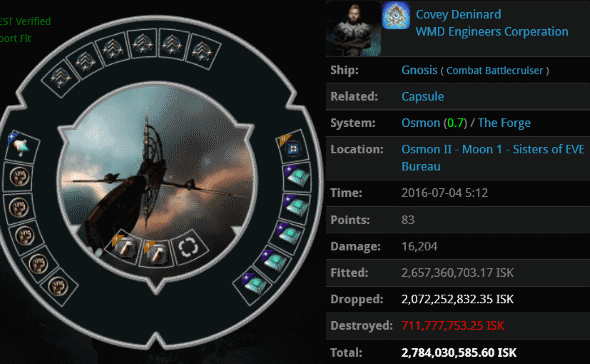 KILLMAIL
Covey Deninard had a blingy Gnosis worth 2.7 billion isk. It only took one Agent to bring him down, Foo-Foo The Snoo. This wasn't a suicide gank, you see. Covey decided to go AFK outside of a station. While under an active wardec. With a war target in system. His destruction was inevitable. Clearly, CCP needs to nerf wardecs! 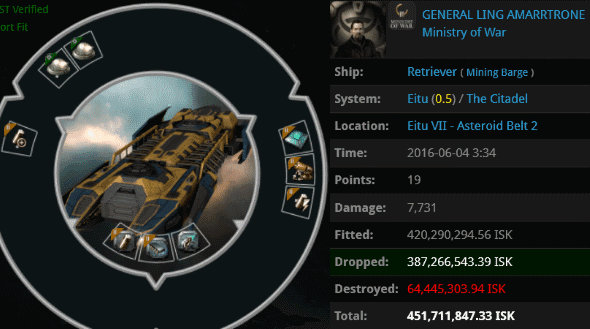 KILLMAIL
Last month, GENERAL LING AMARRTRONE's 451 million isk capacitor-tanked Retriever was destroyed by Agent Robbert Dole. Robbert, too, chose to use an approach other than suicide ganking. Actually, Robbert's Stratios was attacked by the Retriever, a "ship that can't shoot back". Apparently this was done in retaliation for Robbert opening fire on GENERAL's 400 million isk Mobile Tractor Unit. Amusingly, the MTU dutifully hoovered up the modules dropped by the dead Retriever, allowing Robbert the pleasure of ganking the pair of ORE Strip Miners twice. Our Agents won't stop until all of those abominations are gone. 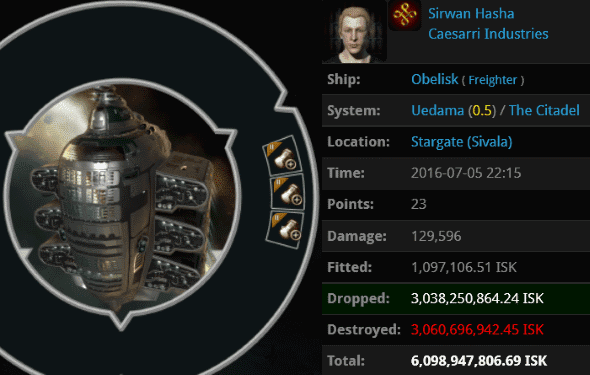 KILLMAIL
Sirwan Hasha, a Goofus, was really out of place in the Uedama system. He flaunted a triple-anti-tanked freighter, which AFK autopiloted its way into the fiery embrace of Agents Jayson Kusion, Justin Kusion, Jake Kusion, Jayden Kusion, Joseph Kusion, Johnathan Kusion, Joshua Kusion, Jackson Kusion, Joel Kusion, Jeremiah Kusion, and Jason Kusion. This kill was performed entirely by a single player. No doubt the carebear apologists and theme parkers will cry foul, saying it's unfair for a freighter to be killed by one person. Pay them no heed. The carebears think it should take a two-thirds majority in Congress for a freighter to be destroyed. 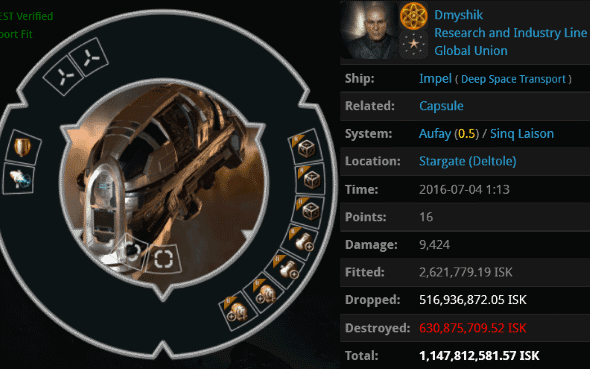 KILLMAIL
Dmyshik had about a billion isk worth of cargo to move, but not many ideas about how to fit his hauler. He was willing to try anything except a fit that would increase his EHP. He also neglected to purchase a New Order mining permit. These errors led to his doom at the hands of Agents Lucia, Eva Mavas, and Snapcase. There's a lesson to be learned here, I think. 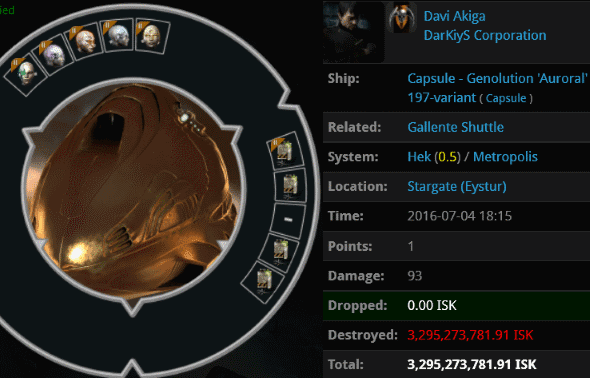 KILLMAIL
The New Order has reduced the traffic of autopiloting shuttles by ninety-five percent. Davi Akiga was among the holdouts. Agent Brutal Anna wasn't willing to abandon the mission before it was 100% complete. 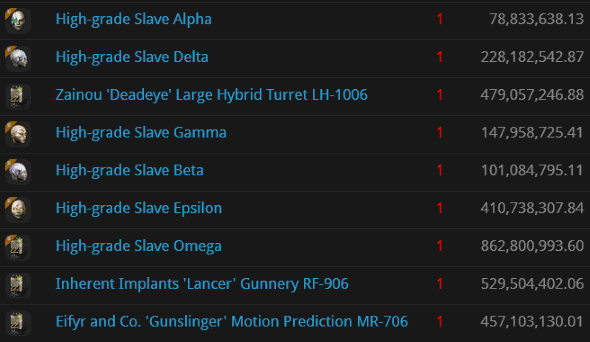 3.2 billion isk later, Davi might be more willing to join the 95%. Why spend so much money on fragile implants when you can own something more resilient and dependable--New Order shares, for example?
Posted by MinerBumping at 21:02