New Order Agents are known for their elite PvP prowess, their decency, their knowledge, their generosity, their sparkling wit, and, of course, their courteous demeanor.

Highsec miners aren't as well known for these things. It's a credit to our Agents that they remain so cool and collected despite having to deal with so many brutish bot-aspirants.

Some Agents are particularly likely to receive ill-considered correspondence from the carebears. 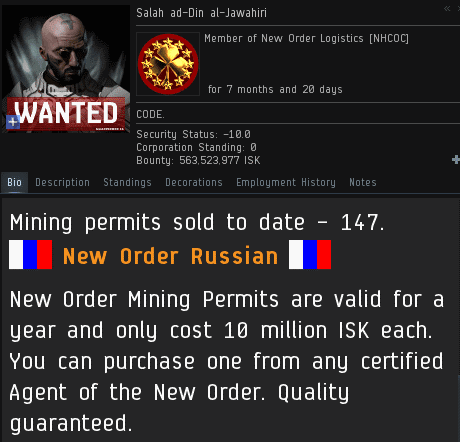 The mighty Salah ad-Din al-Jawahiri has gotten more than his share of hatemail. Ever the consummate professional, he takes it all in stride. 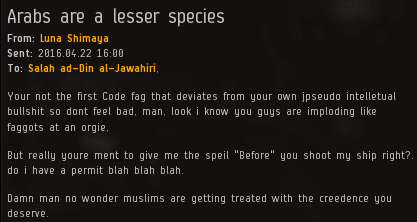 That doesn't excuse the monstrous behavior of the miners, though. They are every bit as guilty as they'd be if their words were capable of causing any harm.

Though the tears and insults Salah receives often have a Middle Eastern flavor to them, he also gets plenty of the standard fare.

Threats of retaliation from powerful friends in nullsec, for example.

Our Agents are experts at filtering out the noise and the nonsense. When a highsec carebear sent Salah a distress signal, he immediately put aside everything else to come help. 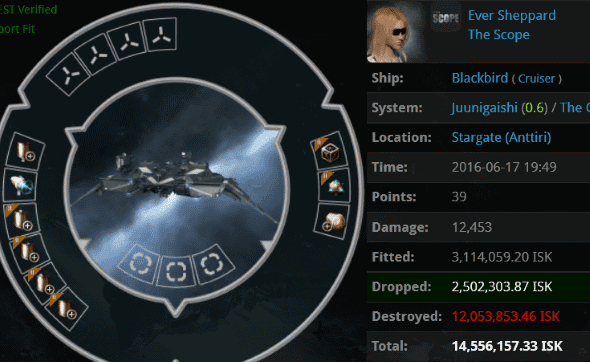 It was none other than Ever Sheppard. Her fail-fit Blackbird was included in a previous Kills of the Week post. Soon after being destroyed, she invited Salah to a convo to discuss the matter.

She was concerned about the loss of her library of blueprints. You'll recall that although zKillboard was unable to set a value on them, Salah estimated their worth to be in the billions. The blueprints were stored in a Small Secure Container, which turned out not to be all that secure.

Our Agent offered to return whatever he could salvage from the wreck, in exchange for a fair finder's fee. Ever suggested a small payment, or even merely an IOU. Salah couldn't agree. Carebears have tried to scam him in the past.

Ever Sheppard played her trump card: She threatened to quit EVE forever, thereby depriving CCP of a subscription fee. Now Salah ad-Din al-Jawahiri's skills would be put the ultimate test. Could he avoid being scammed, help someone in need, and retain an EVE player, all at the same time?