Carebear apologists express a great deal of insincere concern for "newbros". They say we must nerf ganking to protect new players. And if those nerfs just so happen to also benefit the older carebears--oh well, not their intention! But in truth, ganking isn't bad for new players. If a carebear spends too much time in EVE before his first loss, the pain is more severe, not less. 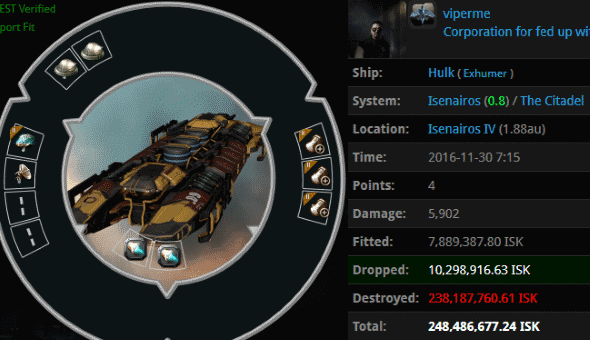 viperme lost a fail-fit Hulk. This pitiable ship was the first loss on viperme's zKillboard record. viperme has been playing EVE for nine and a half years. 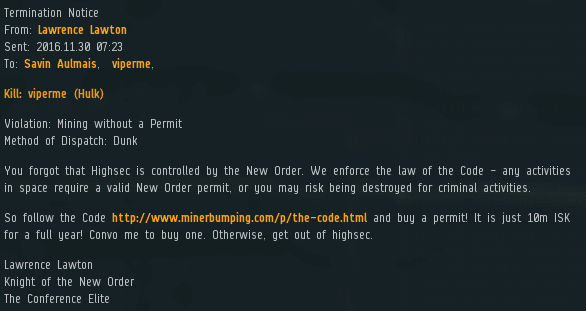 Agent Lawrence Lawton reminded the grizzled veteran of his responsibilities under the Code. According to the carebears, someone who's been playing EVE for nearly a decade should be in the proper frame of mind to be ganked.

And yet, the tears did flow.

Agent Lawrence treated the miner like any other. viperme didn't seem to be any more mature than the ones who have been playing only a few days before their first loss.

Just shy of 10 years into the game, viperme still didn't understand the emergent gameplay competitive non-consensual elite PvP sandbox that is EVE. It was as if miners need someone to teach them, or else they'll never get it.

No one had ever reached out to viperme before. Agent Lawrence Lawton was willing. He introduced the miner to the game.

It was then that Lawrence realized that viperme was unusually salty, even for a highsec miner. Could it be that going an extended period of time without being ganked makes things worse for a carebear?

Our Agent had no choice but to classify viperme as a "problem" miner. There can be little doubt that viperme would be happier and healthier in every respect today, had someone done him the favor of ganking him back in 2007.

Agent Lawrence confirmed that the miner suffered from elevated levels of salt, a condition marked by sending multiple tearmails without waiting for a reply.

viperme felt his EVE experience had been ruined. He'd only managed to go nine and a half years without losing a ship. What a tragedy. He probably won't make it to the year 2026 without losing another one. How can a carebear enjoy a game when he's constantly having to watch his back? 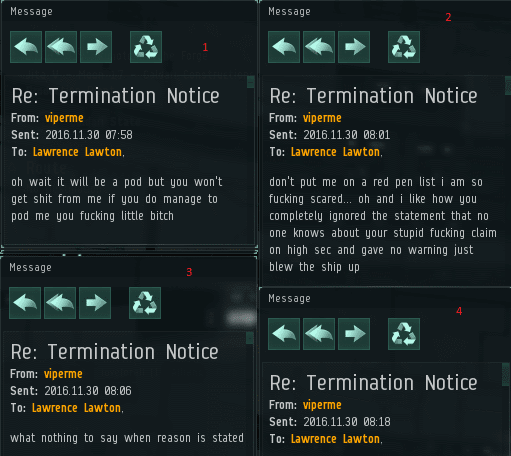 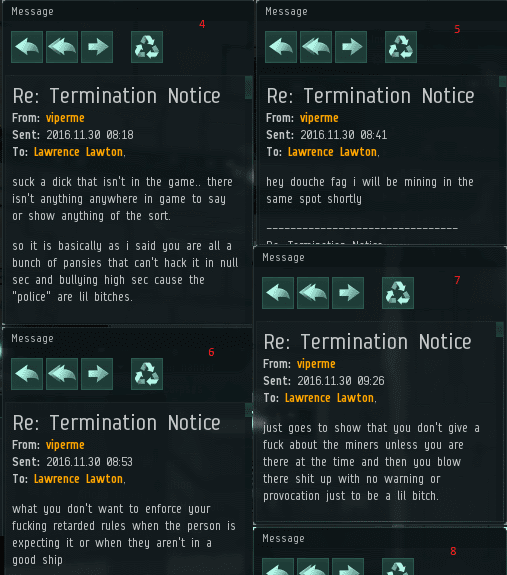 Another theory: Miners naturally accumulate reserves of salt which grow until finally released via gank. 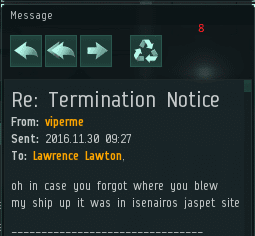 After sending a dozen tearmails, viperme finally went quiet. Did he calm down, or did he simply exhaust himself? To find out, we must wait and see if Agent Lawrence Lawton receives his 30 million isk Red Pen fee.
Posted by MinerBumping at 17:11