The idea of bringing civilization to highsec is a controversial one. The rebels and skeptics don't have any legitimate arguments against it, of course, so they refer to proper EVE gameplay as "bullying", "harassment", etc. On some level, even our enemies know that's nonsense. Yet it gets thrown around often enough that bystanders pick up on it. 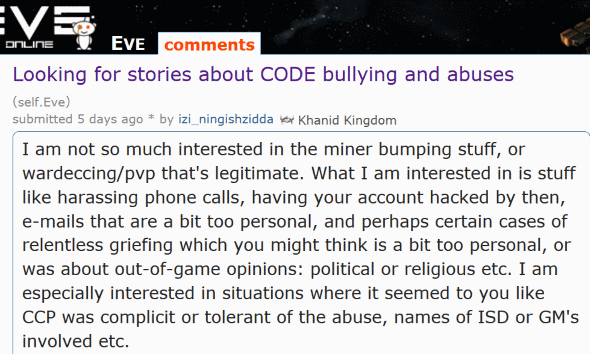 Not knowing any better, concerned citizens create Reddit threads like this one. But how does the mighty CODE. alliance's alleged wrongdoing play out in practice? Let us examine the case of vic20kid. 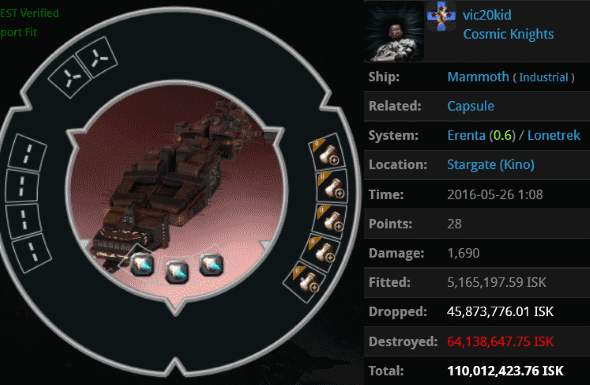 It seems vic20kid had a theory that if you make a hauler have as few hitpoints as possible, maybe the ship will become so skinny it's invisible to gankers. Not so. The keen eye of Agent Spine Ripper detected vic20kid's Mammoth and put an end to the experiment. 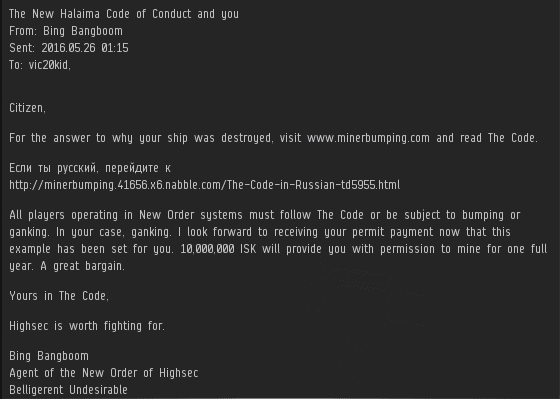 Agent Bing Bangboom issued a standard message to vic20kid. It was an invitation for the carebear to begin his EVE journey for real. vic20kid ignored it. Several weeks later, Agent Ralliana caught the carebear and killed another of his ships.

vic20kid couldn't admit defeat. Many days later, he was still arguing with our Agents. He was absolutely convinced that shooting ships in highsec is against the rules. 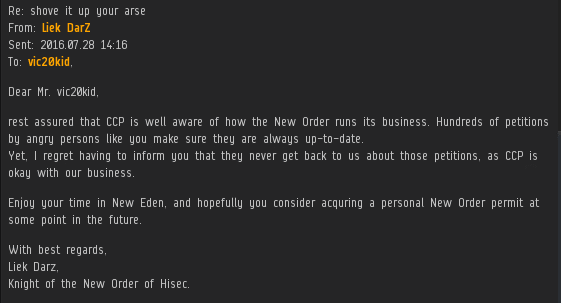 Agent Liek DarZ tried to save the carebear some time and energy by informing him that ganks are allowed. vic20kid might've taken that advice. He almost did, I think. But then he got an idea, one that no one else had ever thought of before. In an instant, vic20kid became a space lawyer, one with the power to blow this whole CODE. thing wide open. He gave Agent Liek the good news:

vic20kid's idea: Use the phrase "social media" over and over until CCP gives up. vic20kid hurried to the official EVE forums to try it out.

vic20kid's forum thread went live. The carebear sat back and waited for good things to happen.

Sadly, the thread went nowhere. ISD did their duty, which is to lock any thread that happens to be open and active at the time.

vic20kid didn't care. Less than 30 minutes later, he returned to the same EVE-O subforum and opened another thread with the same title--except that the title added a note that the previous version had been locked. Surely this would work. 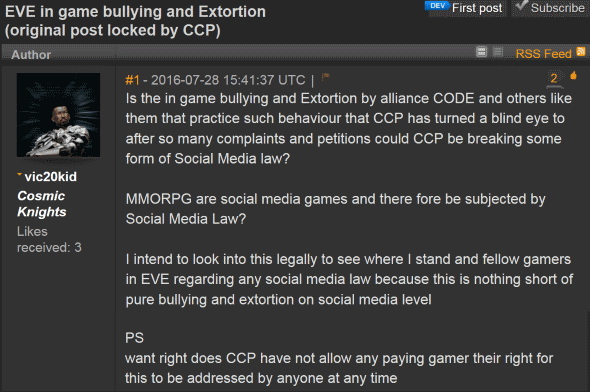 The "PS" was the secret ingredient. Alas, without a New Order permit, vic20kid was an easy target. Nevertheless, he'd learned a lot since the last time he'd been ganked. He wasn't going to EVEmail his complaints to a bunch of gankers. This time, he'd send a message directly to the Saviour of Highsec--and for some reason, Goon diplomat Sion Kumitomo. 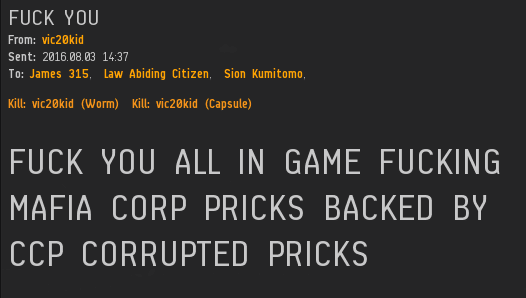 The Anti-Gankers insist that the key to happiness is to disobey the Code and refuse to buy a permit. Judging by the results, I tend to doubt it.
Posted by MinerBumping at 16:54