Highsec is a wondrous place, especially now that the New Order is in charge. But it's not for everyone. How can you tell if highsec is right for you? Well, if you don't belong in highsec, one of our Agents will show up and politely let you know. Here are some people who were gently nudged toward the exit during the week of November 20th @ 00:00 EVEtime through November 26th @ 23:59 EVEtime. 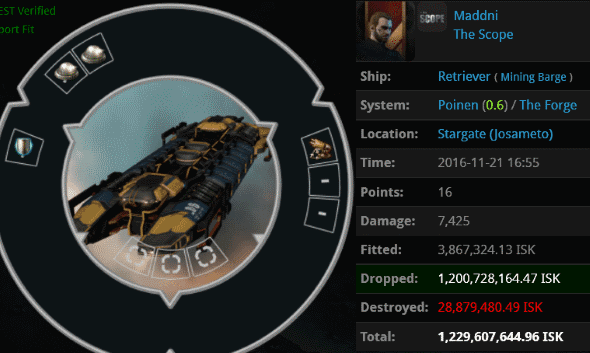 KILLMAIL
We've been seeing some weird Retrievers lately. Maddni's 1.2 billion isk Retriever didn't have much of a fit. Agents Tax Collector Richard and Taxman Daniel took it down within a few seconds, which is probably longer than Maddni spent fitting it. And if you're wondering why it was so expensive... 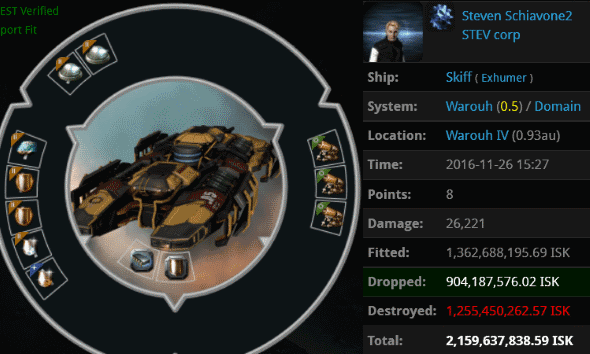 KILLMAIL
Yikes. Steven Schiavone2 apparently took the "gankers can't kill Skiffs" myth a bit too seriously. Steven's Skiff fit was so decadent that it guaranteed funding for anyone who would gank it. Agents Rick Therapist, Brutal Anna, Carebears' Nightmare, Profesor Woland, Marketka, and Marina Gankalot accepted the invitation and took him down. 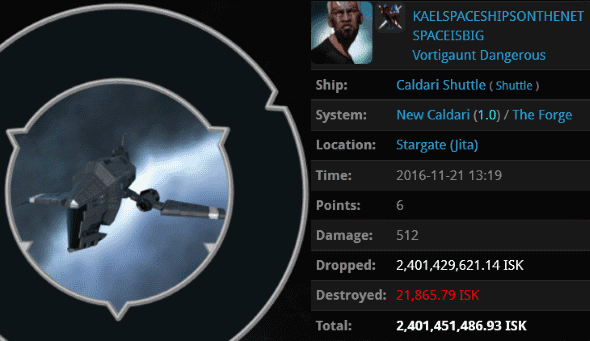 KILLMAIL
KAELSPACESHIPSONTHENET SPACEISBIG was AFK autopiloting in a shuttle. How quaint! New Caldari is Agent Ralliana's favorite 1.0 security system to kill things in, so she didn't hesitate to get involved.

This must've been a delivery intended for a mining system. Somewhere there's a pair of Retrievers docked up and unsure of what to do with themselves. 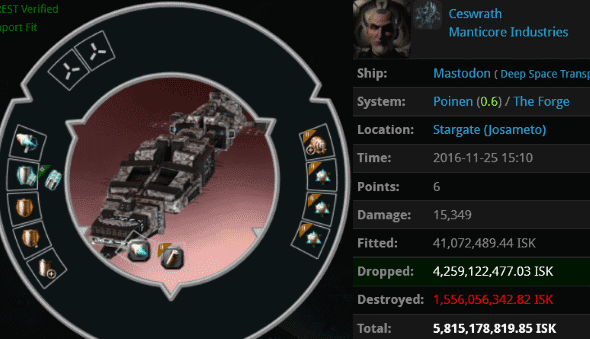 KILLMAIL
Ceswrath piloted a Mastadon, but on the inside there was a Mammoth pilot just waiting to break out. Though not as vulnerable as it would've been in a tech I hauler, Ceswrath's 5.8 billion isk cargo was not exactly safeguarded. Agents Tax Collector Emile, Australian Excellence, Tax Collector Richard, Taxman Daniel, and Tax Collector Zakard are exceedingly efficient at popping haulers of all kinds.

Most of the loot value came from a bunch of new items related to something called an "engineering complex". I'm not sure I care to know what that is, but it doesn't really matter. When CCP introduces new features, they merely provide more ways for carebears to lose expensive things. 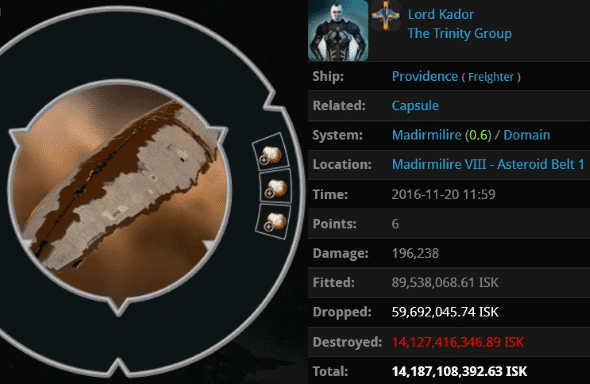 KILLMAIL
Lord Kador--"Overdrive Kador" as his friends call him--was in a big hurry. Not in-game, of course. That might've saved him. No, he was in a rush to do something while AFK. He could've put his freighter on autopilot, but even that would've been too safe. Instead, Overdrive Kador (we're all friends here) decided to chill out in an asteroid belt for a while. You can meet some interesting people in highsec asteroid belts, let me tell you.

Still losing Citadels? That's so last expansion of him. 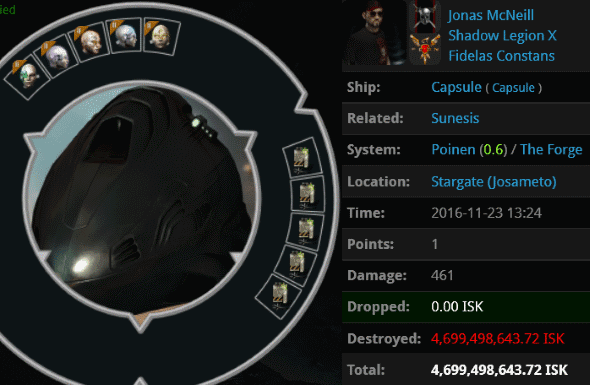 KILLMAIL
In nullsec, people like to make fun of FCON, but in highsec, we're willing to give everyone a chance. By violating the Code, Jonas McNeill wasted his chance to make a good impression. Agent Ralliana brought Jonas up to speed on how life in highsec works. 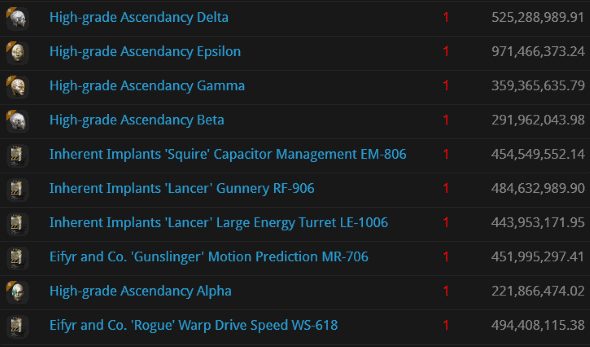 To begin with, the absence of bubbles in highsec is no excuse for decadent implants. We follow the Code here. If you don't like it, go live somewhere else.
Posted by MinerBumping at 02:59