When you do as many good works as Agent Kalorned, people quickly learn who you are. Thanks to the @NewOrderGamis Twitter feed we can all follow along as our hero makes Gamis and the surrounding systems a better place.

There are always those who oppose progress. But they are easily swept aside. 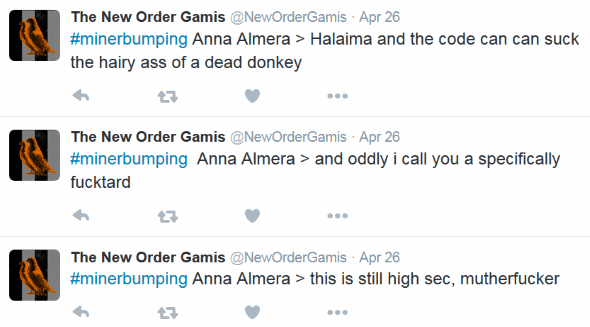 Highsec is changing, slowly but surely. If you doubt it, ask some miners what things were like a few years ago.

xOmegaManx unintentionally revealed a key truth. The Code is reality; resistance is fantasy. 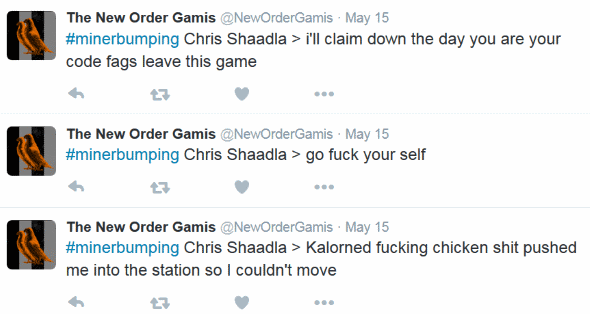 If you're a highsec miner, I strongly recommend you get a keyboard that doesn't require batteries.

Evol Dacella unleashed a torrent of abuse against Kalorned. That's a Code violation. Miners, speaking this way to an Agent can only spell trouble for you...

Evol had no idea why she was ganked. Not a clue. What a mystery.

Over time, the miners of Gamis have given up all hope of stopping the New Order.

Some people look at subscription numbers and say EVE is dying. Others only need to lose a ship in highsec.

Still, there are those who trust that CCP will outlaw all forms of emergent gameplay in highsec. 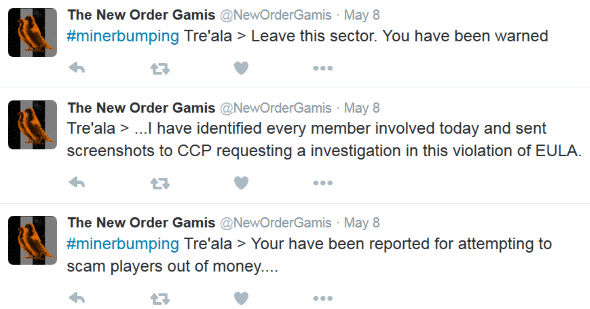 ...And there are those who believe it's already illegal. 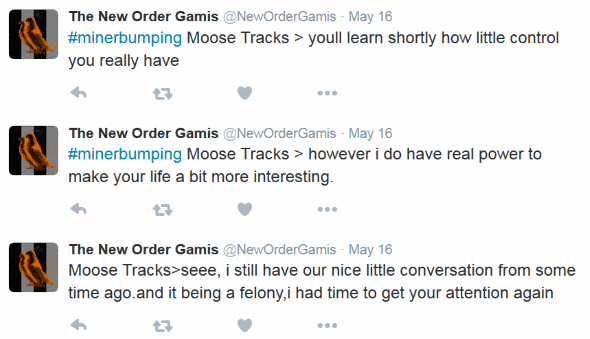 When I say "illegal", I don't just mean the EVE Terms of Service. Moose Tracks was absolutely confident that bumping and ganking are felonies. 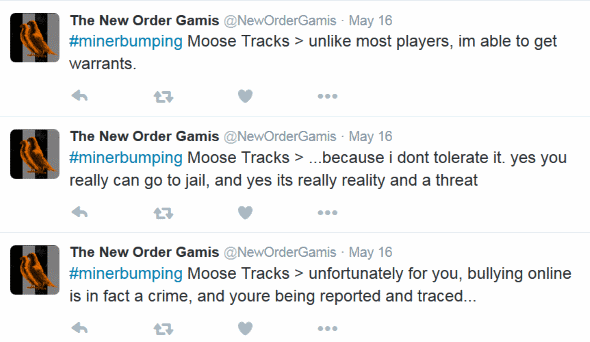 I wonder, where can you get a warrant to arrest people in Gamis? Only the New Order has jurisdiction there.

Highsec mining is too challenging for some. Luckily, there are people out there who make it easier to learn. They've produced an informative guide for miners. It's such a great resource, I can't recommend it enough.
Posted by MinerBumping at 14:49