Removing the Excess from Highsec

I've got a riddle for all you Agent-aspirants out there. See if you can determine the Code violation that was committed by this Orca: 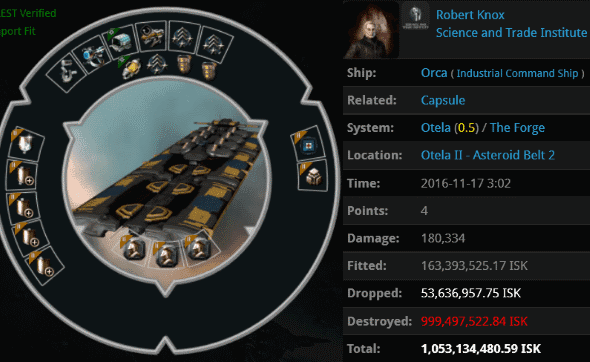 Certainly Robert Knox's Orca was tanked up; a fleet with more than a dozen Taloses was called upon to destroy it. And though you can't tell from the killmail, Robert Knox had a valid New Order mining permit at the time. He was also present and attentive at his keyboard, a fact that was verified by multiple eyewitnesses. A true puzzle, no?

Agent Lawrence Lawton notified Robert of the revocation of his permit. He provided a time-stamped link to a Twitch stream, and that's where we find our answer.

Ah, the excessive mining provision. It doesn't get a lot of press, but it's every bit as important as all the others. 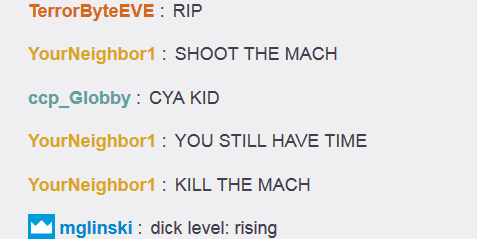 His Twitch stream audience bore witness to the awesome power of the Code. 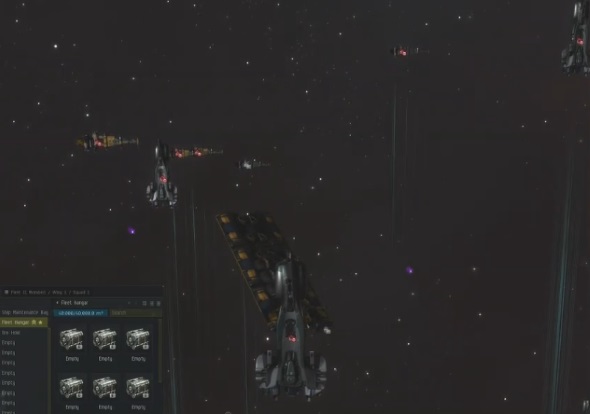 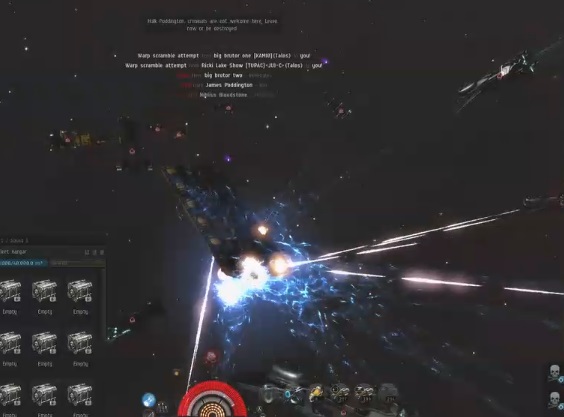 And the performance of our Agents, as always, was glorious. Can you believe there are people who would remove ganking from EVE--and erase beautiful sights like this one from highsec? 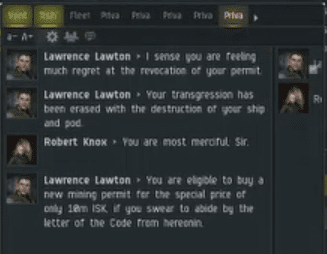 It took the streamer a while to recover, but eventually he was put in touch with Agent Lawrence.

Robert Knox didn't behave like the crazy, profane carebears we're accustomed to seeing. The rebels and skeptics say we drive people to that kind of behavior simply by shooting their ships. In fact, it's entirely possible to accept PvP experiences in a dignified manner. Robert's good conduct impressed our Agent, who decided to accept his 10 million isk payment; a Red Pen fee was not deemed necessary. 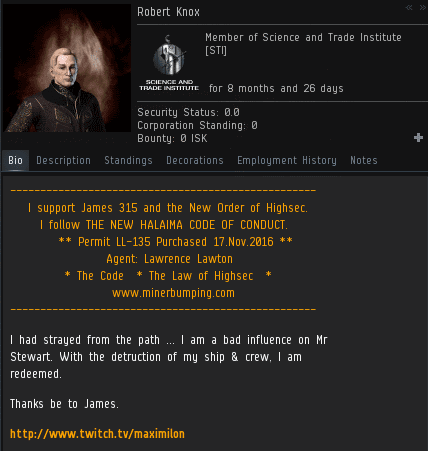 New lessons and opportunities are available in highsec every day. All thanks to the Code!
Posted by MinerBumping at 03:07