Four years ago, New Order mining permits went on sale for the first time. They were popular from day one. And they were affordable, too, priced at an insanely reasonable 10 million isk per year. Even so, rebellious carebears have scoffed, arguing that for some players, 10 million isk is too expensive. Obviously those carebears are wrong. Today, let's look at just how wrong they are, by comparing a 10 million isk mining permit to its alternative: A crushingly expensive loss, like these examples from the week of November 13th @ 00:00 EVEtime through November 19th @ 23:59 EVEtime. 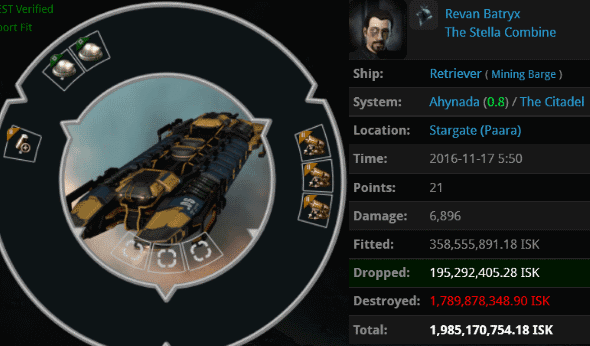 KILLMAIL
When your Retriever costs 1.98 billion isk, you're probably doing it wrong. Revan Batryx equipped two illegal ORE Strip Miners and protected it with nothing more than a capacitor tank. Agents Votre Dieu and Narl' Amhar easily defeated Revan in battle. Although ORE Strip Miners are decadent, they're not a billion isk each. Why was this Retriever so expensive? Behold:

I guess someone told Revan that Procurers have a good tank. 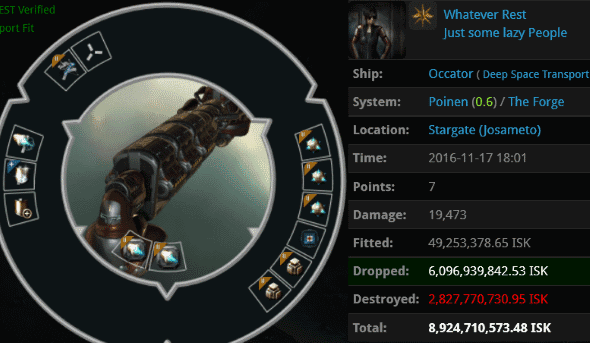 KILLMAIL
It's no surprise that Whatever Rest found a home in the Just some lazy People corp. She lost 8.9 billion isk, a feat rarely achieved by sub-freighter hauler pilots. Agents Australian Excellence, Tax Collector Emile, Tax Collector Richard, Taxman Daniel, and Lul GitGud Kid weren't put off by her semi-tanked ship; they came to play. They blapped the Occator and scooped 6 billion worth of loot.

Do you find this shocking? You should. A set of five mining drones worth 6 billion isk... The display of decadence is almost beyond belief! It's bad enough when people don't tank a billion isk freighter, but imagine having a mining drone worth the same amount. It's an open invitation for gankers--or those who devise creative means of scooping another player's drones. 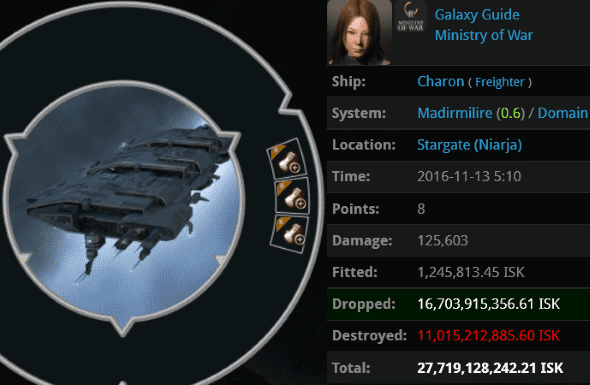 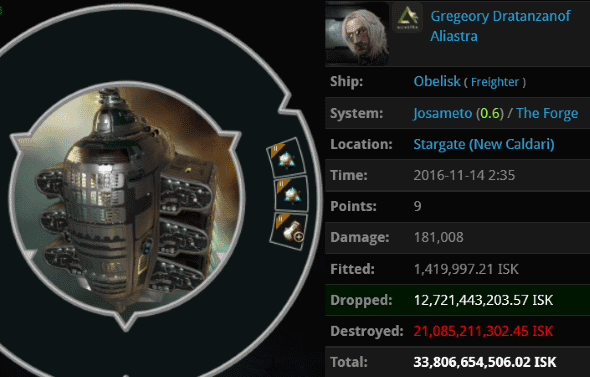 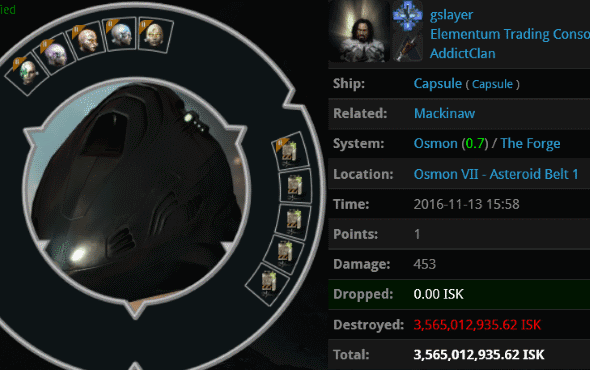 KILLMAIL
gslayer was mining away in Osmon, a mining system familiar to many gankers. By mining in a Mackinaw rather than a tanked-up Skiff, gslayer left a trail of bot-aspirancy that was soon picked up by Agent Liek DarZ, who followed it right to his 3.5 billion isk set of implants. 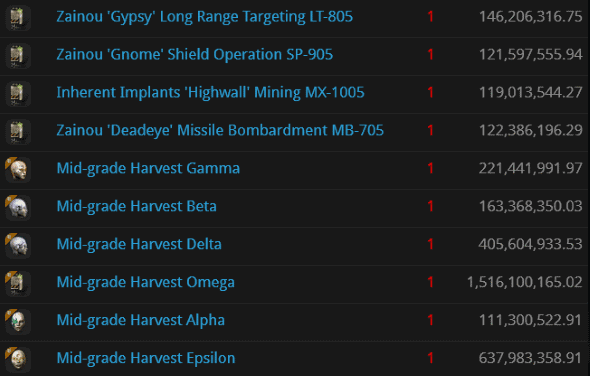 A Harvest set is always a tragedy in the making. It was a competitive week for podkills; gslayer's was only slightly more expensive than another carebear's 3.4 billion isk pod.

However, neither of those was the podkill of the week. 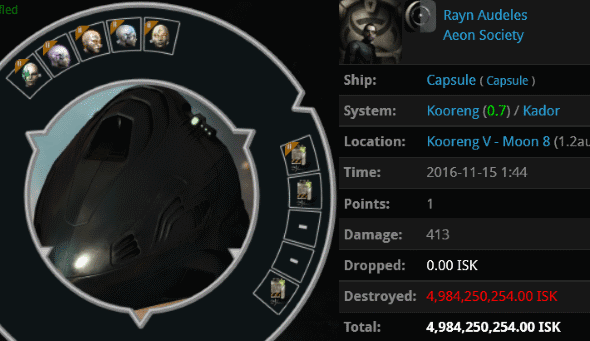 KILLMAIL
Ouch. Rayn Audeles lost just shy of 5 billion isk when his pod was ambushed by Agents Ion Fury and Impunitus Umbra. It was a tough day for Rayn. You know that 3.4 billion isk pod I linked a moment ago? It belonged to Rayn's alt, who was ganked a half-hour earlier in the same system. 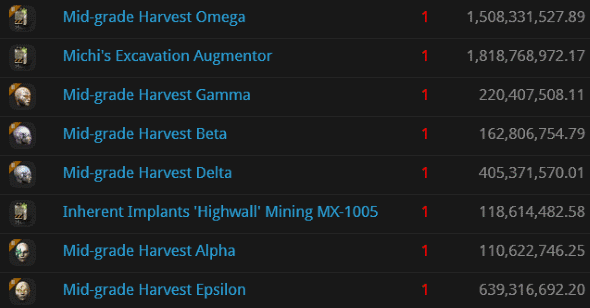 Tsk, tsk. A Harvest set and a Michi's Excavation Augmentor. If you mine every day for a few years, maybe the mining bonus is worth it. Until you factor in the efficiency loss from ganks, that is. I suppose none of Rayn's mining buddies ever told him that. Miners, if you want good advice on how to play EVE, read the Code.
Posted by MinerBumping at 20:45