"The New Order is taking things too far," the carebears lament. "They're telling us how to fit our ships now? What gives them the right?" First of all, the Code gives us the right. Second of all, from a purely pragmatic standpoint, consider what happens when miners go off on their own, fitting their ships however they choose. They end up like some of these guys from the week of October 15th @ 00:00 EVEtime through October 21st @ 23:59 EVEtime: 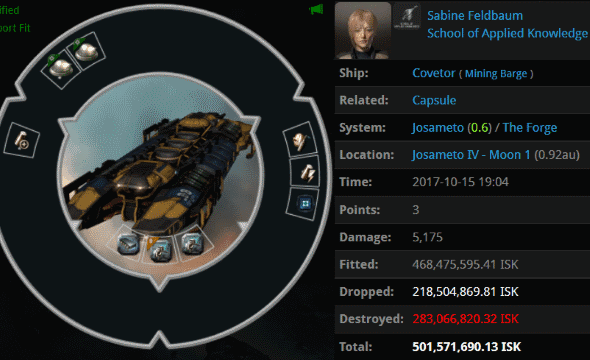 KILLMAIL
Sabine Feldbaum's experimental Covetor fit ended up costing her half a billion isk. Somehow, Agents D34dly D34dly and Slutzilla managed to break through her hardy capacitor tank. Anything to get at those juicy ORE Strip Miners. 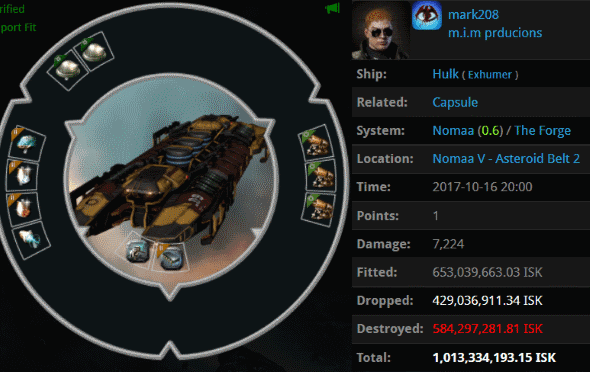 KILLMAIL
mark208 must've scoffed at Sabine's half-billion isk loss, "Let me show you how it's done!" With a full set of 'Carpo' Mining Laser Upgrades to complement his own pair of ORE Strip Miners, make208's Hulk was worth a cool billion isk. Agents D34dly D34dly, Larsulrik Napsterbane, and Slutzilla hit the jackpot twice this week. Like they say in Vegas, the CODE always wins. 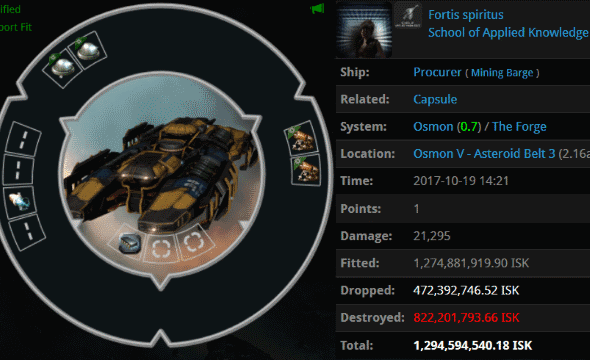 KILLMAIL
Alas! Another victim of the "don't buy a permit, just use a Procurer and they won't be able to gank you" school of thought. Fortis spiritus suffered a staggering loss when his Procurer was PvP'ed by Agents Photon Death, Plasma Death, and Liek DarZ. Fortis was using ORE Ice Harvesters, of course, but still--how did this mining barge manage to cost 1.3 billion isk? Was he carrying valuable cargo?

No, it's just that 'Ingenii' Ice Harvester Upgrades are that expensive. Nearly 950 million isk for a pair! It should go without saying that these are highly illegal modules. Our Agents will be keeping a close eye on any miner suspected of using them. 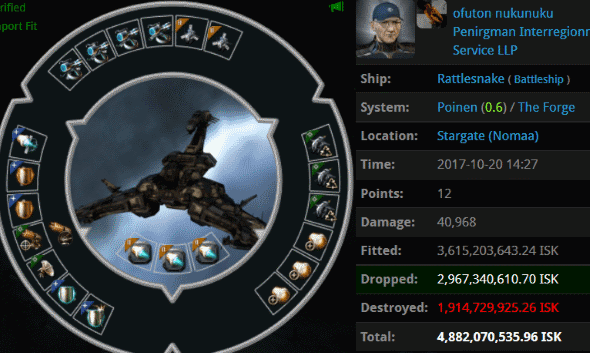 KILLMAIL
ofuton nukunuku made two huge mistakes this week. First, he devised an extraordinarily fail-fit Rattlesnake. I mean, look at it. Second, ofuton failed to pay his taxes. He was paid a friendly visit by Agents Australian Excellence, Tax Collector Aruka, Pod Destroyer Molly, Tax Collector HongMei, Tax Collector Max, and Taxman Daniel, who helped get him into Code-compliance by taking away his ship. 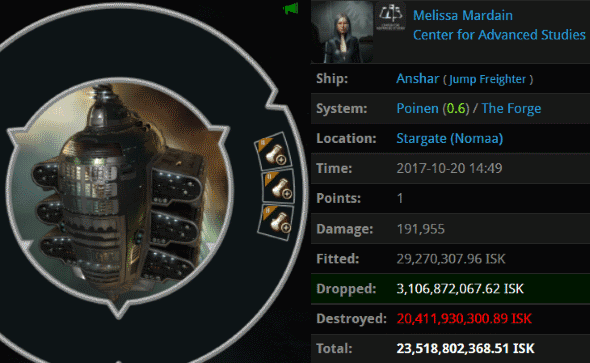 KILLMAIL
Melissa Mardain must've known she was taking a huge risk by autopiloting a 23.5 billion isk jump freighter through New Order territory. What she didn't realize is how much firepower the Gate Tax Collection Agency has been mustering of late. 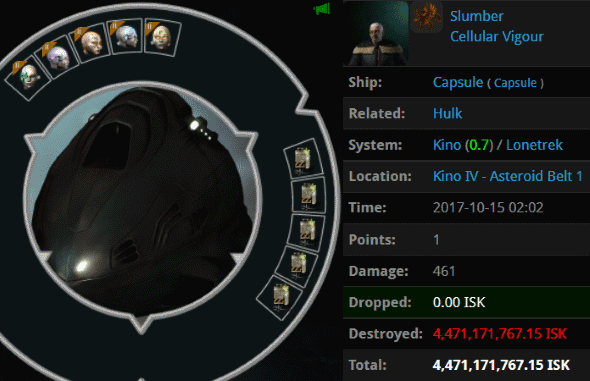 KILLMAIL
Somehow, Agent Eva Mavas suspected that Hulk pilot Slumber was AFK mining. (I don't know, maybe it was his name that gave it away.) And in Kino of all places! Slumber woke up at some point after his pod was destroyed. In the process, 4.4 billion isk worth of implants disappeared like a forgotten dream. 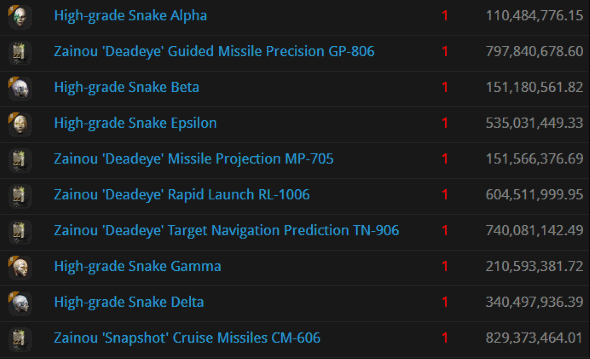 A bunch of Snakes and expensive missile implants? I suppose this Hulk pilot fancied himself a PvP'er. And he did end up PvP'ing--but Agent Eva was much better at it.
Posted by MinerBumping at 20:06