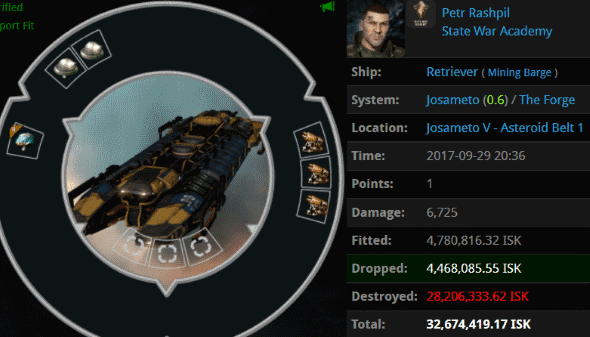 Some people are in a hurry to get ganked. Barely ten days into the game, Petr Rashpil already had his very own unlicensed, yield-fit Retriever. Until he didn't.

The miner contacted Agent Super Perforator, who hooked him up with a Russian translation of the Code. Agent Salah ad-Din al-Jawahiri, who did the translation a few years ago, has helped countless Russians.

Though Petr had access to some kind of translator himself, he struggled to get his point across. If he encouraged our Agent to commit suicide in real life, it wasn't totally clear--which is probably for the best.

Petr turned out to be a Russian space lawyer. This meant that he was better at breaking the law than a layman.

Evidently it's against the EULA to destroy a ship after its pilot disconnects from the game. I guess somebody owes CYV0K a big apology.

Petr got so upset that he reverted to his native tongue. That's no way to get your Retriever reimbursed.

The miner refused to buy a mining permit, preferring instead to file a petition with SSP. If SSP's GMs are anything like CCP's, they're probably getting tired of frivolous petitions. But don't feel too sorry for them. After all, our Agents have to deal with more frivolous complaints than anyone.
Posted by MinerBumping at 19:07