Justice. It's unavoidable now, thanks to the Code. Carebears engage in self-deception when they say they can escape the justice of the Code. For an illustration of this point, consider: Each of the following carebears thought they could get away with their crimes forever--just like the carebears who will meet their gankers tomorrow. From the week of October 22nd @ 00:00 EVEtime through October 28th @ 23:59 EVEtime... 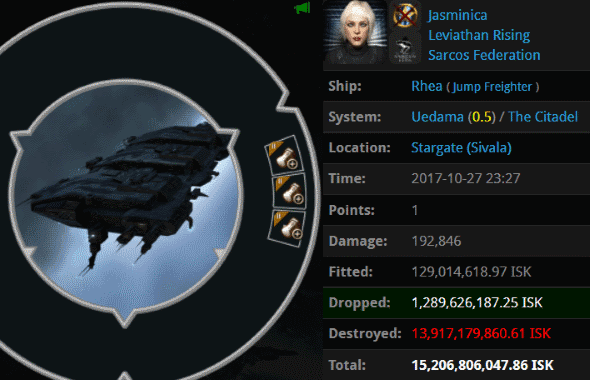 KILLMAIL
To all outward appearances, this is a solid jump freighter gank. Jasminica lost over 15 billion isk for her failure to obey the Code, it was in Uedama, etc. All well and good. But the true beauty of this gank, friends, only becomes apparent when you read the list of the names of the gankers involved:

That's right, dear reader. The Kusion family was permabanned for the conspicuously nonspecific reason of "EULA violation" last summer. Now they're back. The Kusions have joined the storied ranks of the few EVE players who got their permabans overturned. (Charter member, here.)

As you'll recall, the carebears, in their wickedness, raucously celebrated the permabanning of the Kusions, even though they knew the bans were unjustified. "Who cares if they broke a rule or not?" said the carebears, "I'm always glad when gankers get banned. I hope CCP bans them all!"

Now that the Kusions are back, those wide-eyed carebears have gone scurrying back into their holes. There will be a reckoning. Many carebears will perish. 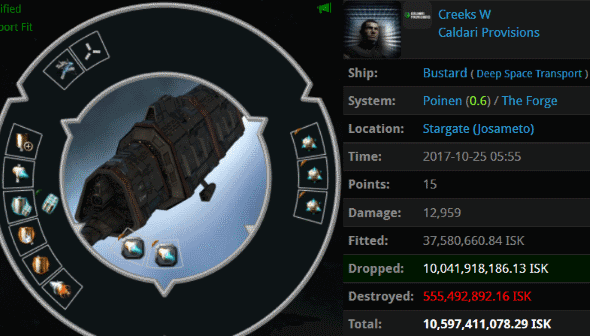 KILLMAIL
Creeks W managed to do what few carebears have done without a freighter or jump freighter: He lost over 10 billion isk in a single gank. It only took a pair of Agents, Ralliana and Luna Nightblood, to take him down. The gank was satisfying. When our heroes took a look at what Creeks W had lost, they couldn't believe their eyes.

What could be finer than destroying Michi's Excavation Augmentors before the miners can even plug them in? 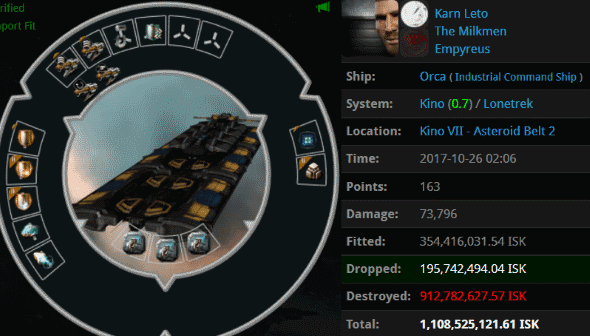 KILLMAIL
Karn Leto fancied himself the ultimate tanked miner. He grabbed one of the (somewhat) recently buffed Orcas and fitted it with a reinforced bulkhead, a damage control, and a bunch of shield modules. Karn wanted to use this ship to mine endlessly while AFK, and he buffed the yield with some mining drone rigs. Then he met Agent Bing Bangboom. That's right, just him. You only need one Agent when it's Bing--especially when the honour of the Kino system is on the line. 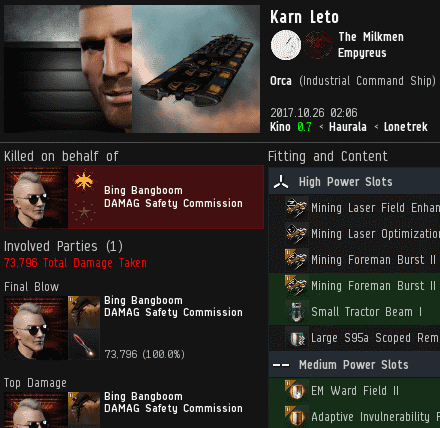 Karn couldn't resist AFK mining even though there was a kill right on him with several days left to go. And here's another difference between carebears and Agents of the New Order: Carebears always say someone else should do something to stop us. Bing killed the miner on behalf of himself. 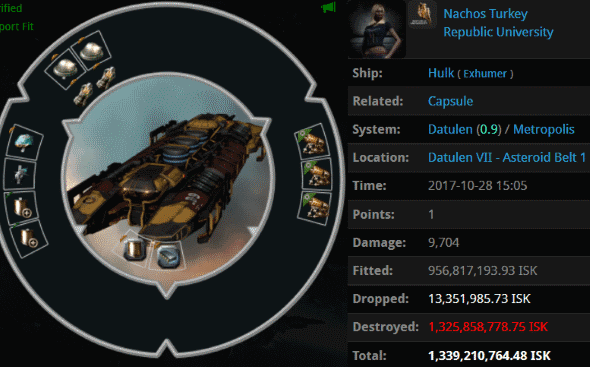 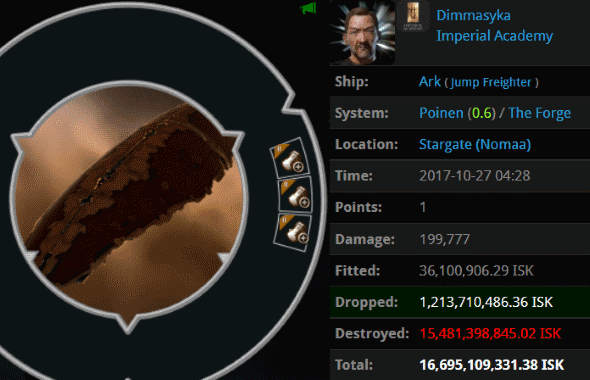 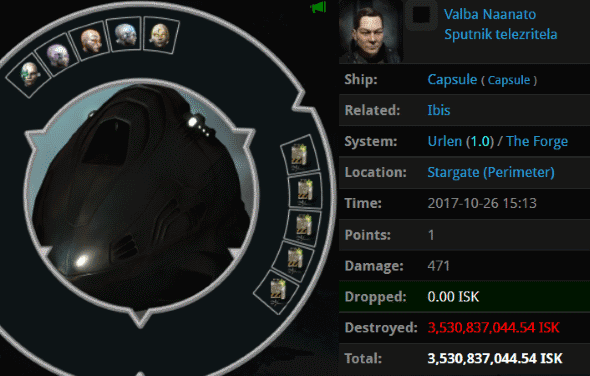 KILLMAIL
Valba Naanato was caught AFK in a rookie ship in Urlen, a 1.0 security system. Just another harmless newbie being bullied by the New Order, right? Wrong. Valba was a decadent carebear in newbie's clothing. Agent Araena Calorne wasn't fooled--not even a little. She killed Valba with her Thrasher and inflicted a loss of 3.5 billion isk. 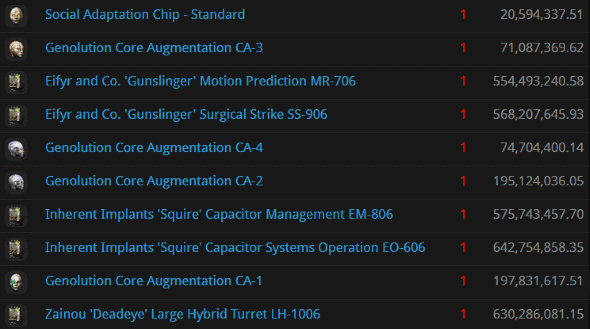 Valba thought he needed all of those bonuses to pilot an Ibis? A mining permit would've cost him less and would've been far more effective.
Posted by MinerBumping at 21:01