Pods of the Week

Previously, on MinerBumping... The New Order triumphed over and over again, killing one blingy bot-aspirant after another. Anti-Ganking was nowhere to be seen--and even on those few occasions when they were seen, all they did was fail. Although many expensive ships were destroyed during the week of September 24th @ 00:00 EVEtime through September 30th @ 23:59 EVEtime, we did not see any pods highlighted during the post. 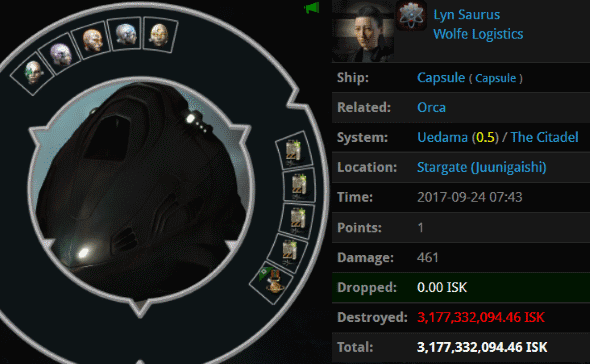 KILLMAIL
Lyn Saurus blundered into Uedama with a 6.5 billion isk Orca. It was easily destroyed by a large gank fleet fielded by the mighty CODE. alliance. Agent Baron Rozei got the privilege of snatching the pod before Lyn could return to her keyboard. 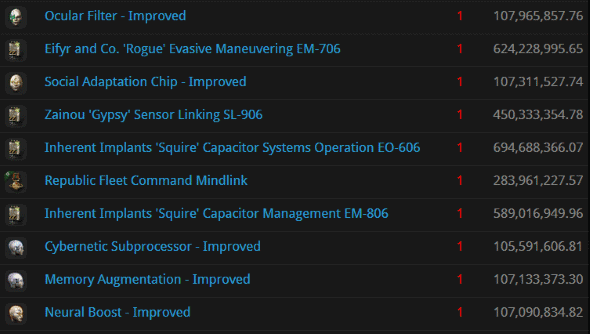 Lyn lost an additional 3.1 billion isk when her random implants went pop. This juicy pod would make a fine Pod of the Week, but it is actually the least expensive of the pods to be featured today. It was a bad, bad week for bot-aspirants. 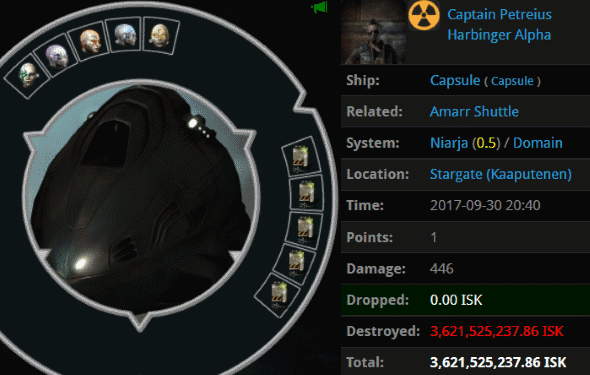 KILLMAIL
On many occasions, we've observed how the ecology of highsec has changed due to the Code. For one thing, autopiloting shuttles--once among the most common sights in highsec--have been hunted almost to extinction. Agent Aaaarrgg's eyes grew wide when he saw Captain Petreius's Amarr Shuttle approaching the gate. 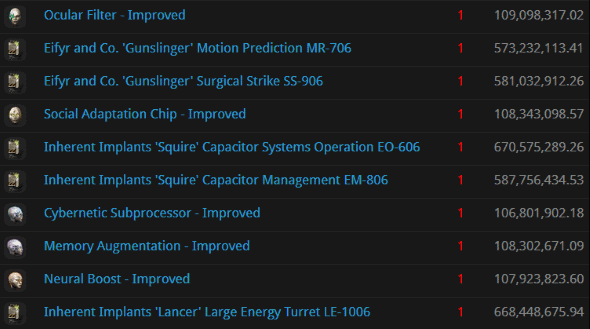 Incredibly, Captain put 3.6 billion isk worth of implants at risk in a shuttle. This is why we still have so many Agents on Shuttle Watch. You never know when some carebear might act on their nostalgia for the pre-Code era. 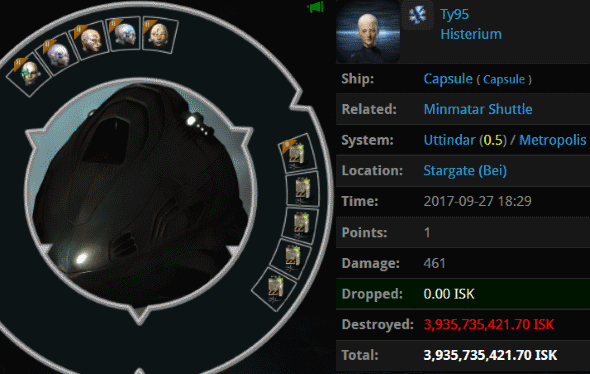 KILLMAIL
Ty95 was also caught autopiloting in a shuttle. Inexcusably, she was making her way through the Hek pipe, which is a classic hunting ground for pod-killers. Agent Lisa Tancos upheld the tradition and took Ty95 out. 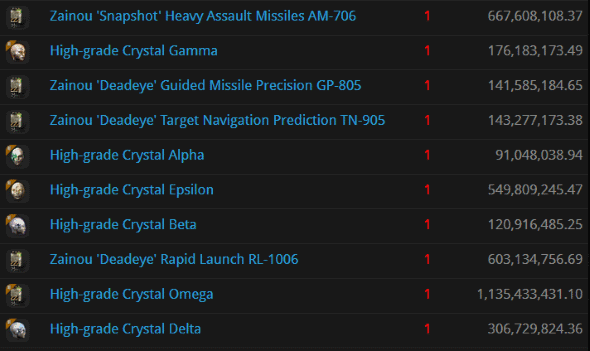 Weighing in at 3.9 billion isk, Ty95's pod contained a full Crystal set. Even if we stopped here, this would be considered an exceptional week for pod kills. Yet we must continue. 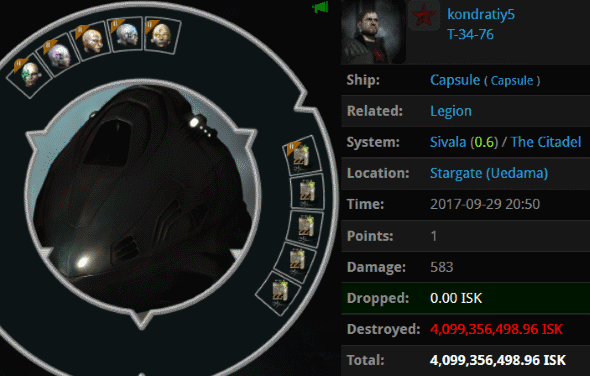 KILLMAIL
kondratiy5 was flying a ship that was plenty capable of shooting back: A 1.5 billion isk Legion. In fact, kondratiy5 was a specialist, as we'll see. kondratiy5 chose instead to "travel fit" his Legion with four warp core stabilizers. No matter, for he was AFK. When a group of Agents took kondratiy5 down, Agent Theodor Tancos grabbed the pod. 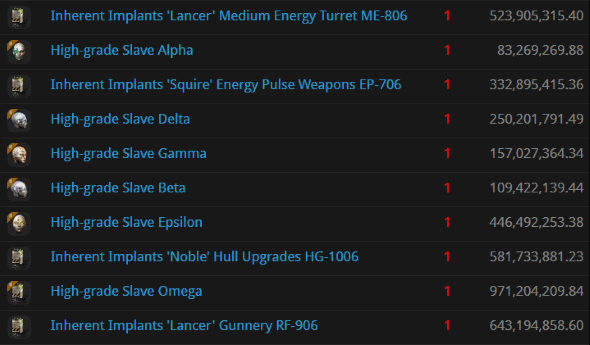 Four billion isk went down the drain, including a Slave set and some pricy laser-related implants. Protip: When you go into battle against the New Order, you had better be 100% committed to the fight. Because our Agents certainly are. 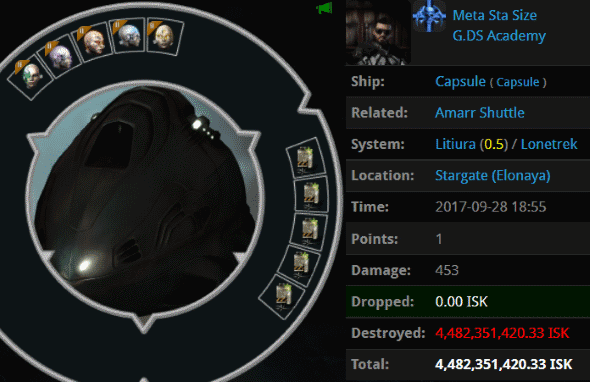 KILLMAIL
Can you believe this guy? Meta Sta Size thought he could get away with autopiloting in a shuttle, too! Did these carebears think it was Shuttle Week or something? Well, it wasn't. It was Code Week. Just like every other week. Agent Araena Calorne celebrated Code Week by ganking Meta Sta Size's shuttle and pod--which was a doozy: 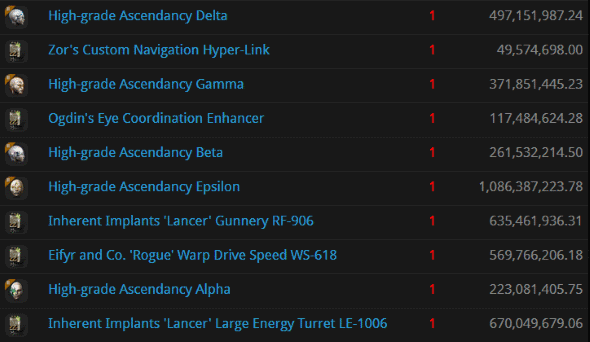 Meta lost 4.4 billion isk worth of implants, including a bunch of Ascendancy implants and other assorted contraband.

Now it's time for the grand finale: 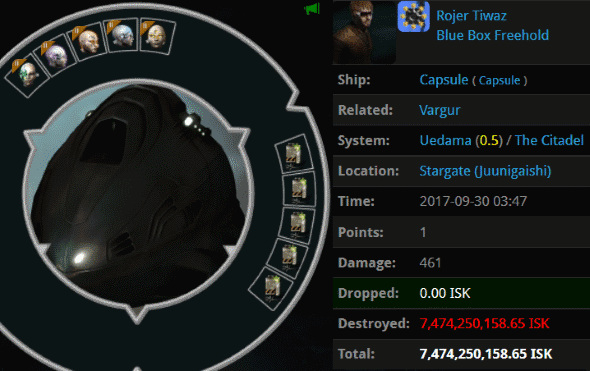 KILLMAIL
Oof. Rojer Tiwaz was already smarting from the loss of his 4.1 billion isk Vargur when the Uedama crew took his pod. Agent shootyou longtyme earned an eye-popping killmail. Rojer's pod was worth 7.4 billion isk. 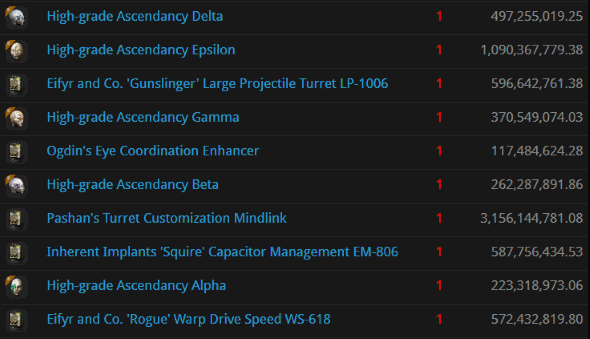 This was a stunning defeat for the forces of bot-aspirancy and carebearism. (And Anti-Ganking, but everything's a defeat for them. When the sun rises, it means another day of failure for Anti-Ganking. How they hate the sun.) Like Meta, Rojer had blingy Ascendancy implants. Rojer took things to the next level with his Pashan's Turret Customization Mindlink, which was worth 3.15 billion isk all on its own. Needless to say, equipping such implants is unacceptable in modern highsec.

Wow. Think of all the mining permits these carebears could have bought with their money instead. Think too of the glory of our Agents who enforced the Code. What would highsec be like without them?
Posted by MinerBumping at 16:18