The Code in Turkish

CCP may be scaling back its foreign language support for EVE, but the New Order is only adding more content to the game.

What have we here? Agent Richmond Slytha has graciously contributed to highsec by translating the Code into Turkish. Now even fewer bot-aspirants can make up excuses about not being able to read the Code.

You can find Richmond's translation here:

The Code in Turkish

All the carebears need to do is read it and obey it.

Agent Krig Povelli has created his own version of MinerBumping Comment Bingo. The Goofuses of EVE can't help but produce content, even though they'd prefer a game where everyone mines AFK in solitary silence. 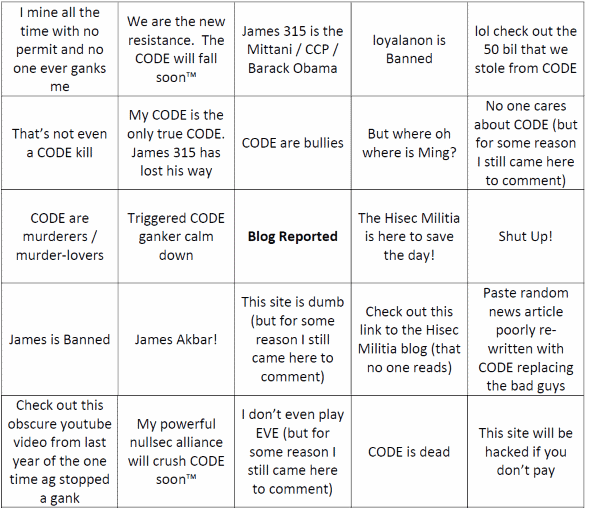 One day, even people who make comments like those seen above will become well-mannered, productive citizens in our Order. Don't believe it? Wait and see.
Posted by MinerBumping at 16:01