Agents of the New Order are elite PvP'ers all. Typically, our Agents go to battle against hardened veterans of the game--people who cannot possibly hide behind "newbro" status. On occasion, a gank does involve a new player or an alpha account user--as will be the case in today's report.

Agent Gadiner of All-Out corp was the ganker in question. Like so many others, Gadiner is not affiliated with the mighty CODE. alliance in an official capacity, but he is no less zealous for the Code. 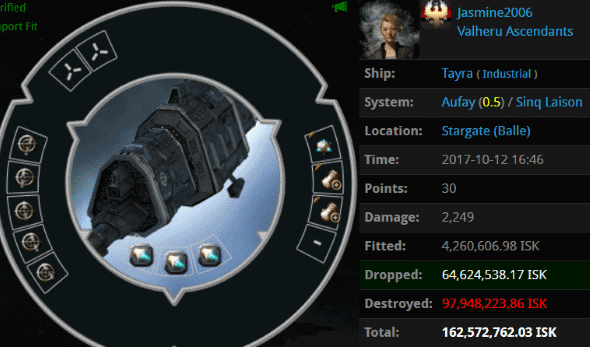 The Code violator was a bot-aspirant named Jasmine2006. She was piloting a jammer-fit hauler but made no attempt to stop the gank. She was almost certainly AFK. 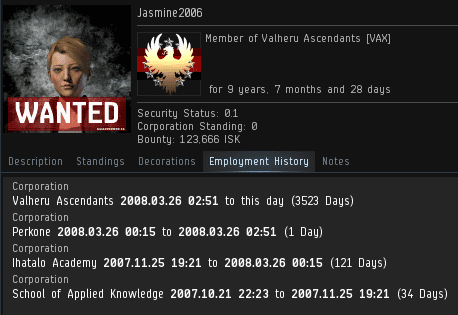 I mentioned earlier that this gank involved an alpha account user. Jasmine2006 wasn't the alpha, though--the ganker was. Jasmine2006 has been playing EVE for a decade. (Shouldn't she be Jasmine2007?)

The bot-aspirant retaliated by placing a billion isk bounty on Agent Gadiner. I don't suppose the carebear apologists have any problem with a long-time EVE veteran putting bounties on alphas, then?

But it went further. This carebear was mad. 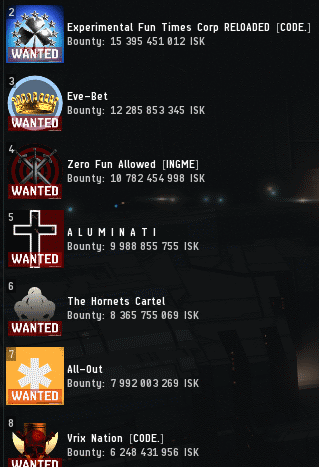 All-Out has just shy of 60 members, and reports started rolling in from other members of the corp who found themselves bountied by Jasmine2006. What a crazy carebear.

At this point, a lot of carebears will clam up and block anyone who tries to contact them. However, Jasmine2006 was willing to send a message explaining her baffling behavior:

Click image for magnified view. Or in case you don't feel like it, here's what she wrote:


tough shit, actions have consequences. in this case the consequence is the disband of your org or relocation to high sec.

Actions do have consequences--and so does ignorance. Jasmine2006 was confident that her bountying spree would result in the total destruction of All-Out corp. Five years ago, I warned the carebears not to misinterpret the bounty system. Jasmine2006 didn't heed that warning, and her failure proved costly. She's not alone. In fact, the CODE. alliance, its corps, and fellow New Order organizations are EVE's biggest recipients by far of unironic bounties (that is, bounties actually intended to harm the recipient rather than simply putting them on the bounty leaderboard for fun).

I've said it before, and I'll say it again: Whenever CCP introduces new game mechanics, they only provide the carebears a new way of losing their stuff.
Posted by MinerBumping at 20:15