Previously, on MinerBumping... Agent Bob the Fourth mastered the Solitude region. Inspired by repeated visions of the number 315, Bob purchased 315 million isk worth of gear and set off in search of adventure in other regions. 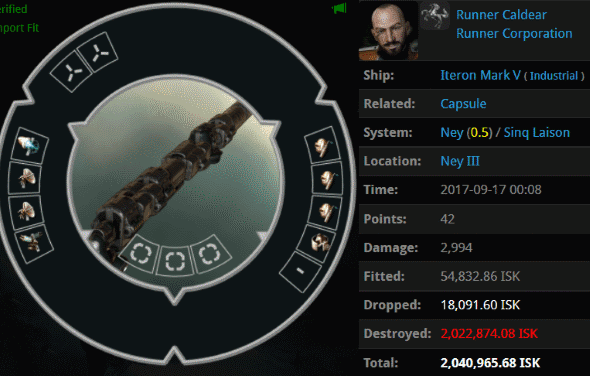 Among the items Bob purchased was a gank Algos. Our hero spotted an oddly fit Iteron Mark V and ganked it, along with its 44 million isk pod. 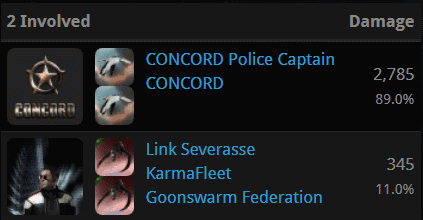 While Bob was reflecting upon his righteous gank and the strangeness of the hauler fit, he found his Algos under attack. A KarmaFleet member named Link Severasse, who was flying alongside another KF member, tried to interfere with the gank. But he only managed to leech on a CONCORD killmail.

Bob gave the two KarmaFleet Goons the benefit of the doubt and graced them with a "gf". Clam Basher, the KF member who was too timid to open fire, copped an attitude. 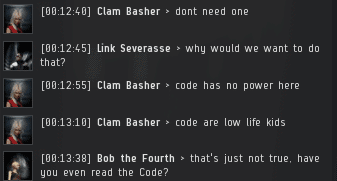 Agent Bob was astonished. What are they teaching people in KarmaFleet these days?

Clam had been afraid to shoot at Bob, but he preferred to do the talking. For the most part, Link Severasse remained quiet. Perhaps he was embarrassed by his mouthy friend.

Despite his earlier reluctance to engage in PvP--even with CONCORD on his side--Clam behaved as though he was eager to fight.

Nevertheless, Bob's mission went on according to his own timetable. For now, the first priority was to update his Miner Bingo card. 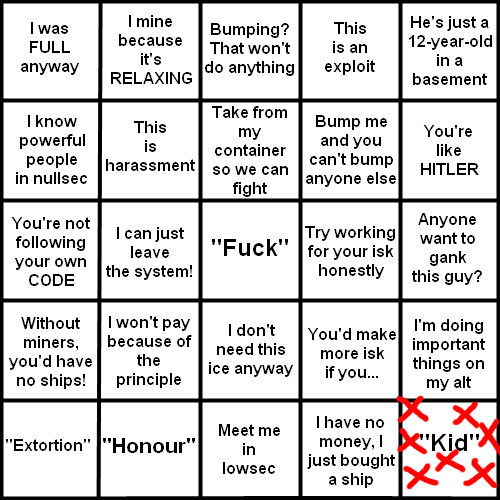 Bob cursed his luck. You go for so long needing a particular square and then you get a bunch of them at once.

Over half an hour after ganking the fail-fit Iteron Mark V, Bob received a cryptic EVEmail from its pilot. Why was he laughing? Had he deliberately set himself up to be ganked as part of some elaborate plan? 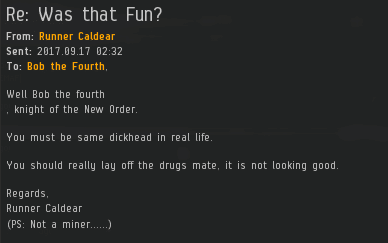 Mystery solved: The hauler was an ordinary bot-aspirant. 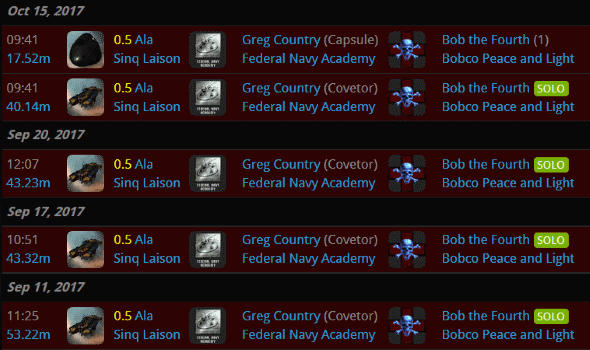 Bob got to know some of the locals a little too well. Greg Country was certainly a creature of habit. 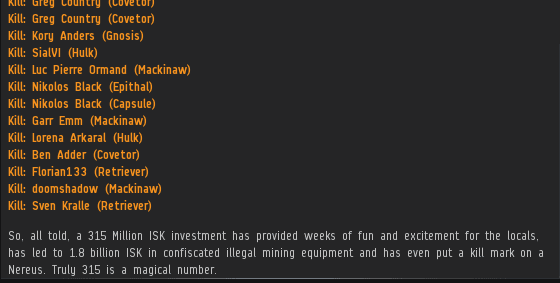 In the end, Bob triumphed. He knew he would; he had the Code. After his tour through highsec, Bob was more convinced than ever that he was on the right path. As long as he remained true to the Code, there was nothing he couldn't do. And he taught the carebears an important lesson, too: Without the Code, all they could do was die and cry about it.
Posted by MinerBumping at 21:05