Carebears, last week I warned you that there would be a reckoning. And so there was. Those who heeded the warning were able to save themselves. The rest died. During the week of October 29th @ 00:00 EVEtime through November 4th @ 23:59 EVEtime, an incredible 16 jump freighters and more than 50 freighters were killed in the name of the Code. 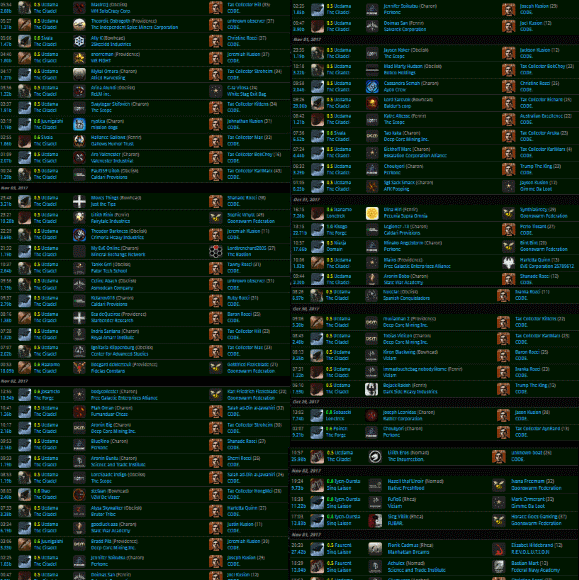 The scale of the carnage was unthinkable. More freighters were killed this week than during the original Burn Jita event. And they're still dying. Cling to the Code or be vanquished! 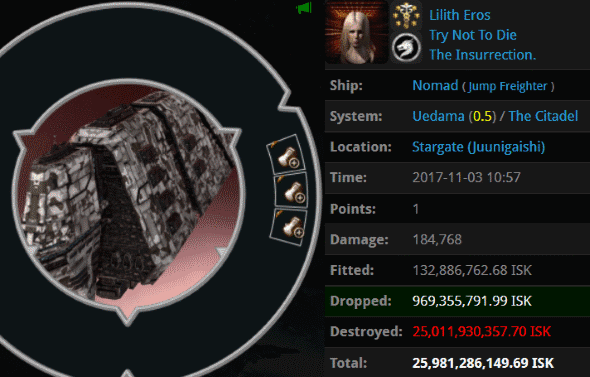 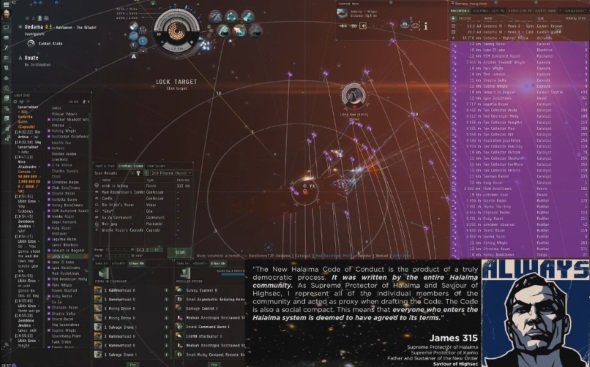 People often ask, "How do jump freighters die in highsec? Can't they use their jump drives to escape, even when they're being bumped?"

The solution to this mystery is that even when a jump freighter pilot isn't AFK, they may behave like a Goofus. 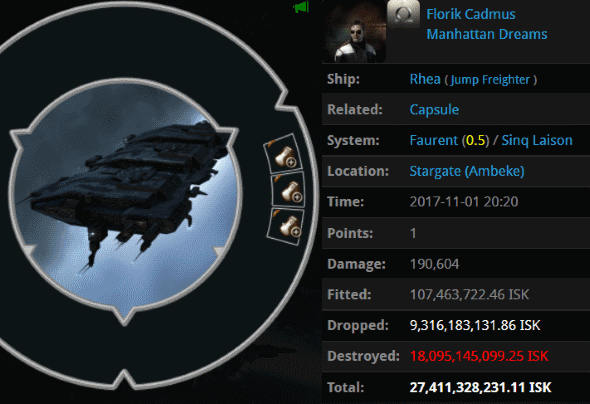 Florik Cadmus was on the lookout for those nasty multiboxing gankers. Confident that there weren't any groups of gankers nearby who were big enough to take down his ship, Florik went AFK. He had no idea that the New Order's Russian contingent, though smaller, had plenty of firepower thanks to its Taloses. Agents KaMiKaDzExD, tolstyk, Bastian Mart, Alarik Maleus, kali laska, Elizabet Hildebrand, Rachel O'Conor, KENTua, AndroGon Navy, Votre Dieu, Asakra, and Sumail Serine knocked out another dangerous enemy. 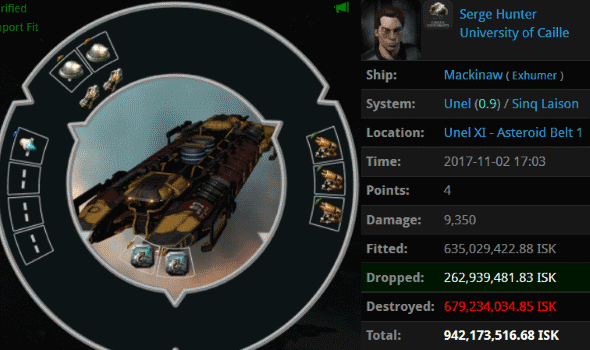 Of course, while all those freighters and jump freighters were dying, it's not as though the highsec miners were getting a pass. Serge Hunter quietly chewed rocks in a 0.9 security system, completely oblivious to the fact that he was being tracked by a crack team of miner gankers: Agents Maximus Gooseman, V-ktor Dolus, Razakien Okel, and Salah ad-Din al-Jawahiri. In addition to a full rack of 'Carpo' Mining Laser Upgrades, Serge had over 300 million isk worth of mining drones--sitting in his cargo. 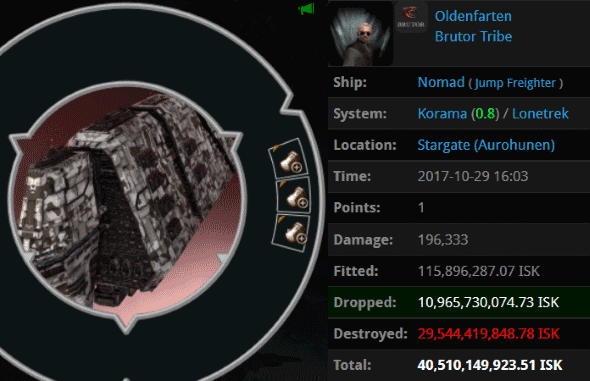 Oldenfarten was convinced that highsec was totally, 100% safe. Isn't that what the carebears had demanded of CCP? He must've believed there wasn't the slightest possibility of losing his jump freighter. There's no other explanation for his 40 billion isk blunder. Oldenfarten is a bot-aspirant.

And just how did Oldenfarten manage to bloat his ship to 40 billion isk?

It doesn't help to have stuff like this in your cargo. 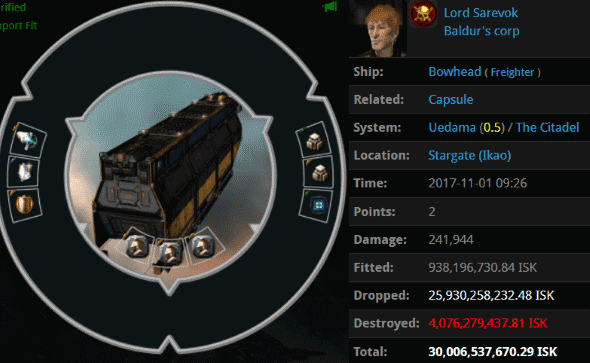 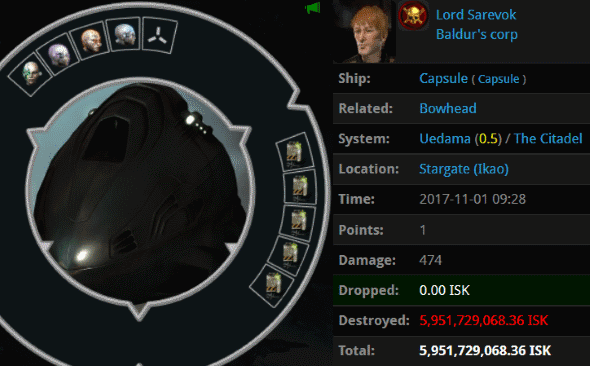 Lord Sarevok, having just lost his 30 billion isk Bowhead, certainly picked the wrong moment to be AFK. Otherwise he might've kept his pod from being added to the butcher's bill. Agent Baron Rozei lit it up and was rewarded with a nearly 6 billion isk killmail.

Silly carebears. You can't put turrets on a Bowhead. You can aim turrets at one, though.
Posted by MinerBumping at 21:17