"A fool and his money are soon parted." Close. A Gallant, of course, knows when to part with his money--for example, when purchasing a New Order mining permit. The Goofus tries to hoard his money, displaying an inappropriate level of greed. But, as the old saying warns, he'll lose it all instead of just the 10 million isk. For proof, look no further than these kills from the week of November 12th @ 00:00 EVEtime through November 18th @ 23:59 EVEtime. 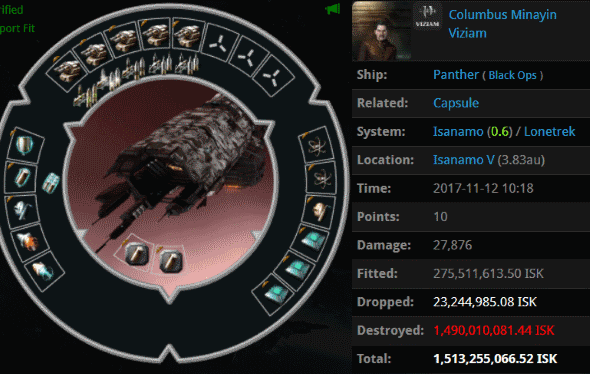 KILLMAIL
It certainly wasn't the most expensive ship lost this week, but Columbus Minayin's fail-Panther was probably the failing-est ship. It only gets worse the more closely you look at it, right down to the four different types of ammo loaded in the guns at the same time. No matter: Agents Pure Whyte, Another ShadeOfWhyte, Ashley Whyte, Sophie Whyte, and Shazna Solta managed to poach this Panther before it could fire a shot. 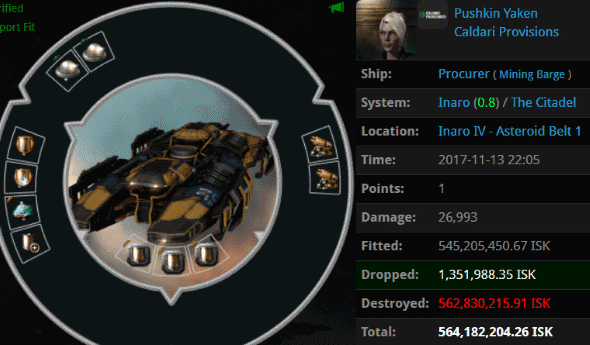 KILLMAIL
Pushkin Yaken heard the lie, "Fly a Procurer and they can't gank you!" She believed it. As an extra precaution, though, she stuck to mining in 0.8 security systems. Feeling totally safe, she indulged in some illegal modules. What Pushkin didn't know is that she was the target of an exhaustive manhunt, her every move carefully tracked by Agents Maximus Gooseman, Votre Dieu, Razakien Okel, Narl' Amhar, Astrid Tyrfing, Kniwa, Rungerd, and Salah ad-Din al-Jawahiri. 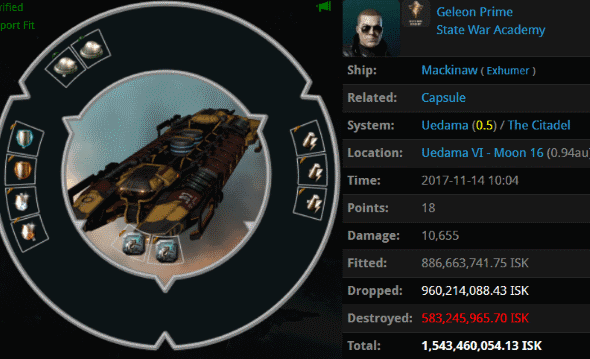 KILLMAIL
Geleon Prime never met a sin he didn't like. He used ORE Strip Miners, he indulged in blingy mining drones, and for some reason, he embraced the discredited doctrine of the capacitor tank. Agents Adriana Thermopylae and Alexis Thermopylae staged an intervention, killing the miner before he could cause highsec any additional harm. 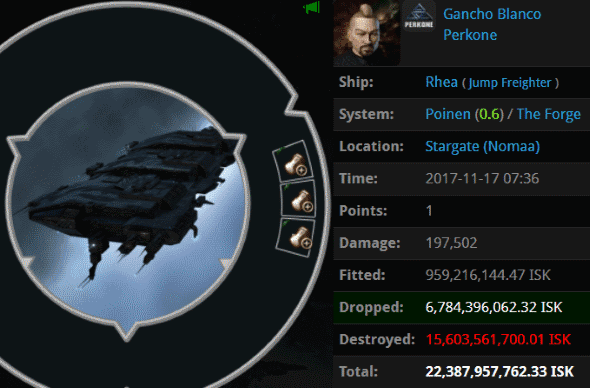 KILLMAIL
Here we go. This was a week full of expensive freighters and jump freighters meeting their doom. Gancho Blanco had a 22.3 billion isk ship with a set of ORE cargo expanders. It's no surprise that he found himself in the crosshairs of so many Tornadoes--especially since he was so delinquent in paying his taxes. 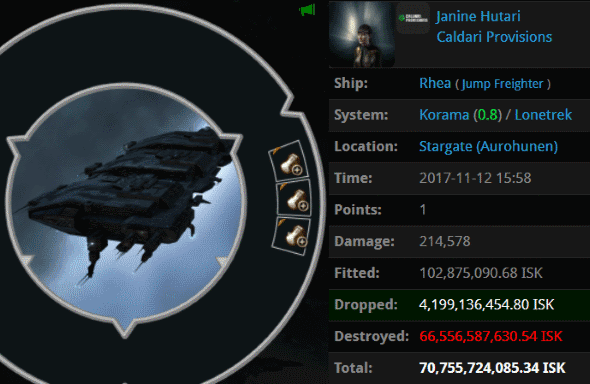 Janine's Wyvern supercarrier BPO, valued at 18 billion isk on zKillboard, is one of the reasons why this killmail was so expensive. And there's no BPO-BPC chicanery going on here, either: zKillboard's administrator updated the website specifically in response to this killmail to incorporate CCP's improvements to how the API system handles blueprint originals and copies. Just another good deed performed by highsec's heroes. 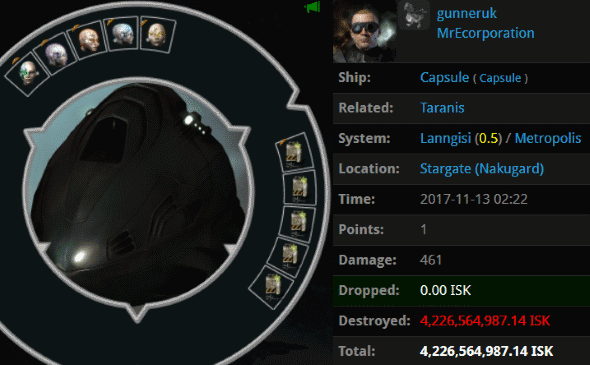 KILLMAIL
Though autopiloting shuttles used to clog up the highsec traffic lanes, they've been hunted almost to extinction by our Agents. What's an autopiloter to do, then? gunneruk tried using an interceptor instead of a shuttle. However, our Agents are perfectly capable of killing those, too. Once gunneruk's Taranis was dealt with, Agent Nitetime Video was free to snag the pod. 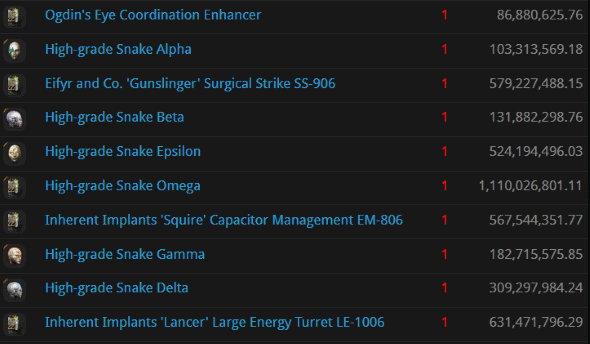 It was a juicy one. With a Snake set to boost his speeds, that interceptor must've been quite a tricky target. On the other hand, perhaps it was sitting idle at the gate. Either way, there's no running from the Code.
Posted by MinerBumping at 21:53