At this time of year, one's thoughts naturally turn to one's family. In highsec, the First Family is comprised of the Agents of the New Order. By enforcing the Code and promoting its values, they save highsec and everyone in it. So if a member of your family lists the things he's thankful for and he forgets to mention the Code, give him a good jab between the ribs to remind him.

And now, for the week of November 19th @ 00:00 EVEtime through November 25th @ 23:59 EVEtime, a Thanksgiving-themed Kills of the Week post. I present you with six fat, juicy turkeys. 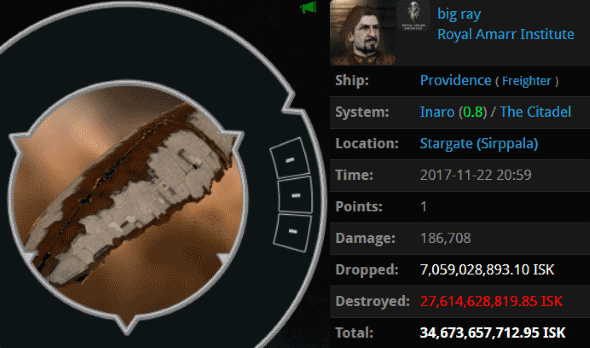 KILLMAIL
Turkey number one is big ray, whose overstuffed freighter bloated to 34 billion isk. big ray spent so much money on this turkey that he didn't have anything left; he didn't have a few thousand isk to spend on some reinforced bulkheads, for instance.

The loot fairy wishbone broke in favor of our gankers--at least where big ray's collection of illegal mining drones was concerned. 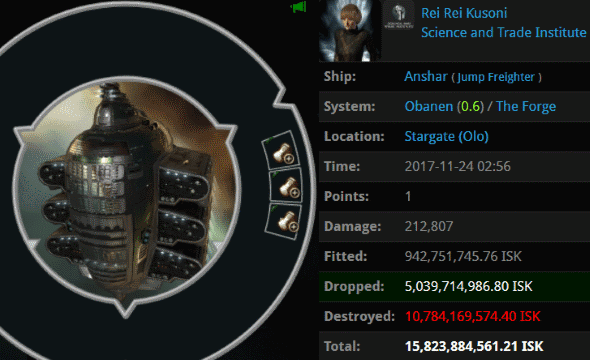 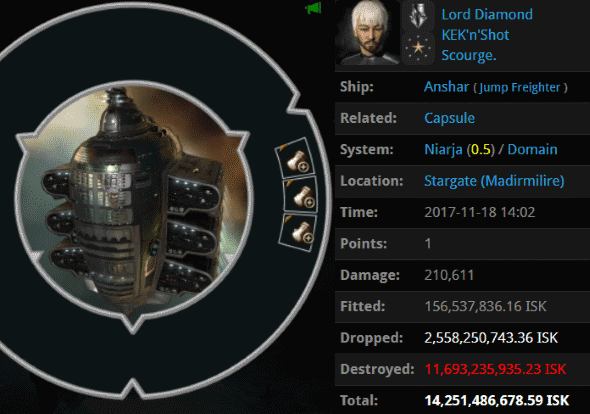 KILLMAIL
Lord Diamond is a bit of a mystery. Somehow, this jump freighter pilot managed to go suspect on a gate in Niarja late last week. Naturally, this drew the attention of a motley crew of concerned citizens: labtecwar, Neith's Touch, Chuck Dexter, Danilo Audier, Pod-Goo Repairman, Magic Gemulus, Aaaarrgg, and Keiber Neon. Perhaps someone actually managed to find a good use for a kill right? 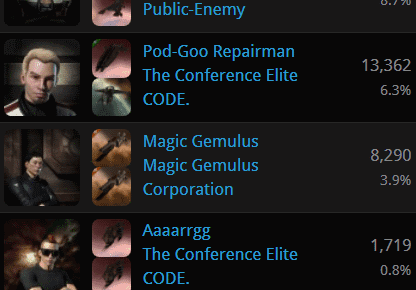 There's something you don't see every day: A Machariel from the mighty CODE. alliance got on the killmail. Bumpers should get a chance to receive proper credit for their elite PvP. Maybe after bumping a ship a certain number of times, the bumped ship should go suspect? That would certainly encourage jump freighters not to get bumped. 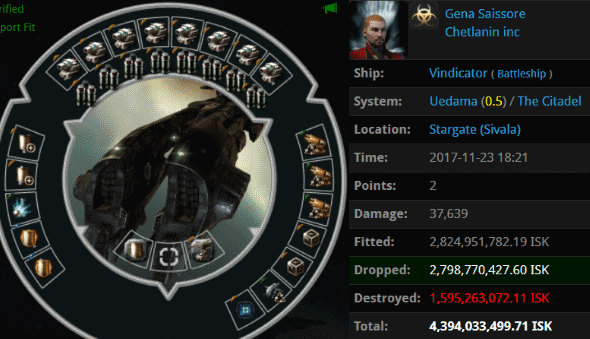 KILLMAIL
That's a lot of firepower for a ship that can't shoot back. Gena Saissore blundered into Uedama without a guide. Once he got there, he received plenty of guidance from a prestigious family of Code enforcers. Agents Jayson Kusion, Jake Kusion, Justin Kusion, Joel Kusion, Jayden Kusion, Jackson Kusion, Jason Kusion, Joseph Kusion, Jeremiah Kusion, Johnathan Kusion, Joshua Kusion, and Fatally Wounded Pineapple popped the Vindi and went right on to the next kill. 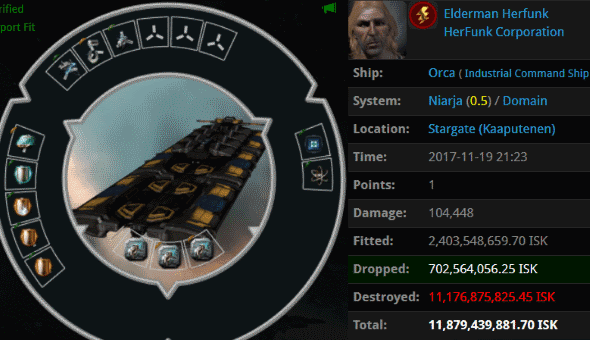 Maybe next time don't transport your skill injectors in your mining ship. Maybe inject them instead? Or better yet, spend some time learning the game while your skill points tick up--like we did in the old days. 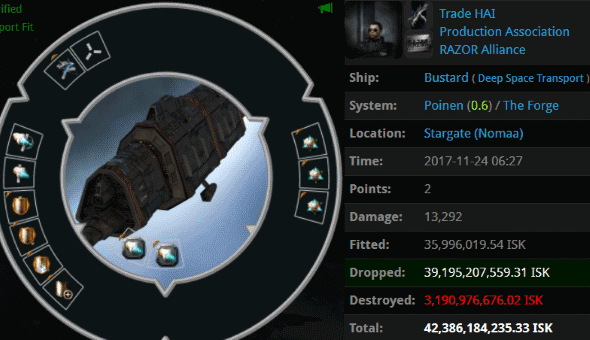 The Bustard was stuffed with all sorts of unhealthy things. Our Agents removed all 42 billion isk of it. One can only imagine that when Trade HAI returned to his keyboard, he had plenty to gobble about.
Posted by MinerBumping at 20:48