Agents of the New Order are the rock stars of EVE. One of the consequences of this indisputable fact is that our Agents tend to attract a crowd. Most of these followers are harmless--but some are rebels with wickedness in their hearts. 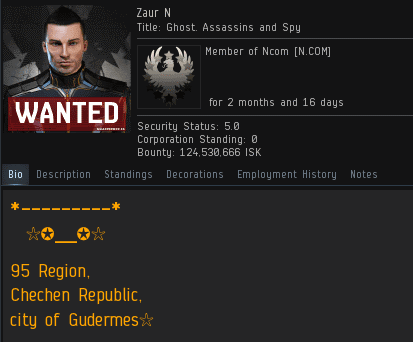 Agent Pure Whyte noticed that he was being followed from system to system by a Sacrilege pilot named Zaur N. According to Zaur's profile, he was a "Ghost, Assassins and Spy". Not the kind of person you want shadowing you.

Once Zaur realized that he'd been made, he began taunting Pure Whyte in local. Our Agent had no patience for this nonsense; he had plenty of killmails to prove his elite PvP status. If Zaur didn't respect that, then obviously something was wrong with him. Perhaps our hero had ganked him before? 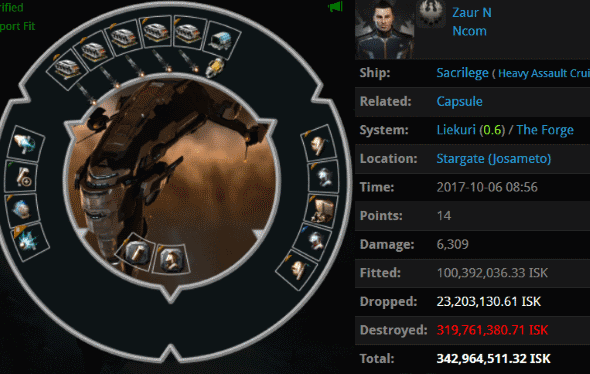 He had indeed. A few weeks earlier, Zaur lost a Sacrilege to one of Pure Whyte's gank squads. Zaur was still holding a grudge after all this time? 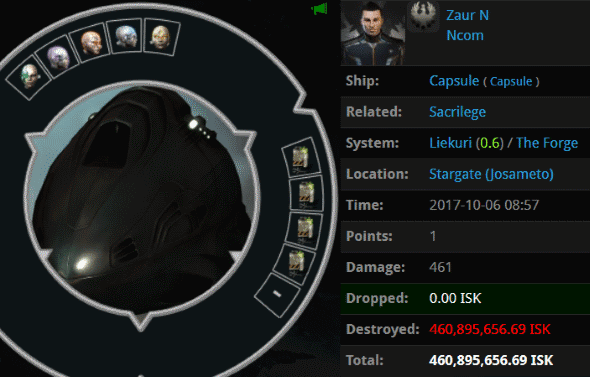 True, Zaur had also lost his pod during the same gank. But that was no excuse for Zaur to go around stalking Agent Pure.

Pure Whyte continued to go from system to system, from anomaly to anomaly. Zaur trailed close behind, mocking our Agent along the way. 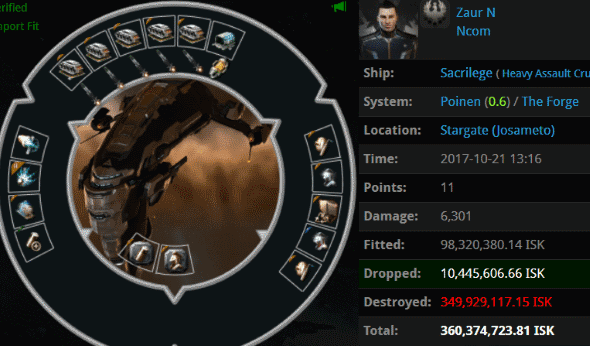 ...Until he exploded. Pure Whyte led Zaur right into a trap. Agent Ralliana was waiting with an ambush. Zaur lost another Sacrilege. Zaur was repaid for his arrogance and creepiness.

Our Agents gave the would-be resistance fighter some tough love. In their considered judgment, it was the only way to get through to someone like Zaur N. Alas, the rebel was slow to learn. Two hours later, Zaur N resumed his stalking, only to find himself losing another ship--killed by Ralliana using the same method. From that point forward, Zaur stopped making a nuisance of himself. There are only two options in highsec: Obey the Code or explode.
Posted by MinerBumping at 19:10