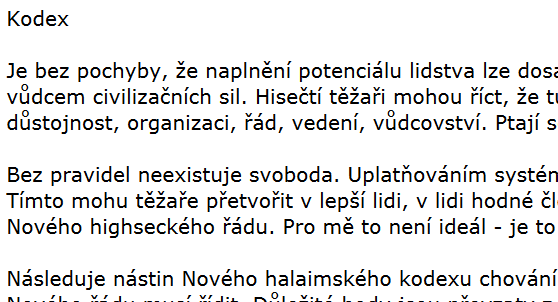 The Code is the single most important, revolutionary document in EVE history. (Nay, video game history!) And now, for the first time, the Code has been translated into Czech.

The Code is now available in English, Russian, German, Spanish, French, Chinese, Turkish, and Czech. There's more foreign language support for the Code than for EVE itself.

Direct your thanks and congratulations to Agent Nisanthro, who provided us with the Czech translation. Nisanthro enclosed it along with the following message:

"There may not be many Czech-speaking capsuleers, but if the translation helps just one bot-aspirant to see the light of the New Order, the effort was worth it. Praise you!"

After Jita's jump freighter traffic took an absolute hammering for a few weeks, Uedama took its turn being clobbered this past weekend. 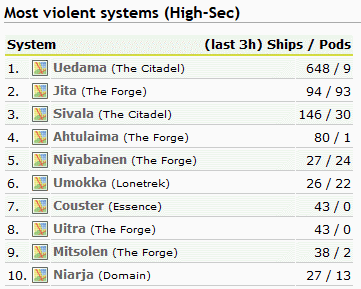 As Agent Trump The King reported, the Dotlan kill stats for Uedama dwarfed even Jita's. 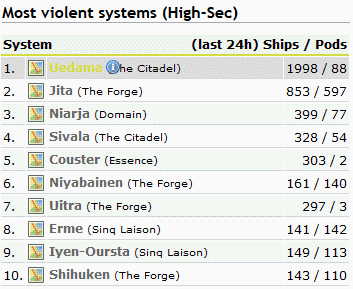 The spree of terror lasted over 24 hours. Just look at those numbers!

Email ThisBlogThis!Share to TwitterShare to FacebookShare to Pinterest
Labels: Geography, The Code, Victory