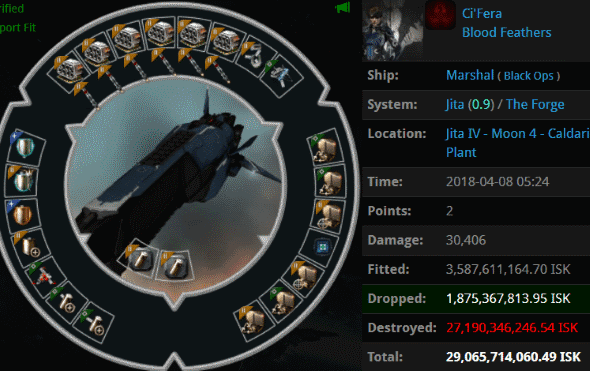 KILLMAIL
Who doesn't love a Marshal killmail? Ci'Fera got himself blapped to the tune of 29 billion isk when he undocked from Jita 4-4. As we know from the Code, Marshals require permits, and Ci'Fera didn't have one. Operating on pure instinct, Agents patyooki, Daniel Chanline, brainlet, erobb, James BIG BONED, PogChampion, Shy Elf Trap, trumblr ptsd immediately attacked the Marshal with their Tornadoes.

That's a shame. But I'd only have sympathy for C'Fera if I could believe for one second that he cared more about the dog.

A 25.9 billion isk Marshal was also killed this week, but we'll have more to say about that later. 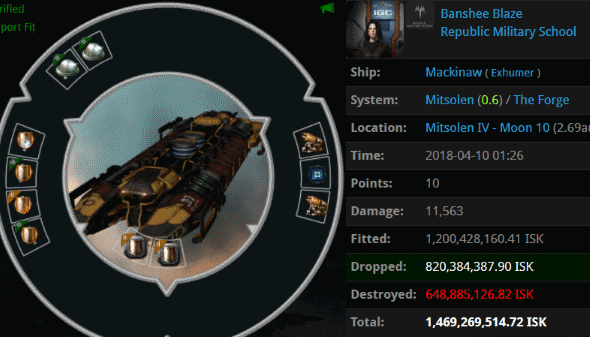 KILLMAIL
Banshee Blaze tried tanking up her Mackinaw--but only to a point. She couldn't resist yield and bling. Therefore, she fell short of the Code's requirements, and Agents Ilithyia Borgia, Mal Warre, and Sigrid Freud had little choice but to kill her and take a bunch of her stuff.

It was a bad week for blingy Macks. A 1.2 billion isk Mackinaw was also ganked--while carrying an Orca blueprint of all things. 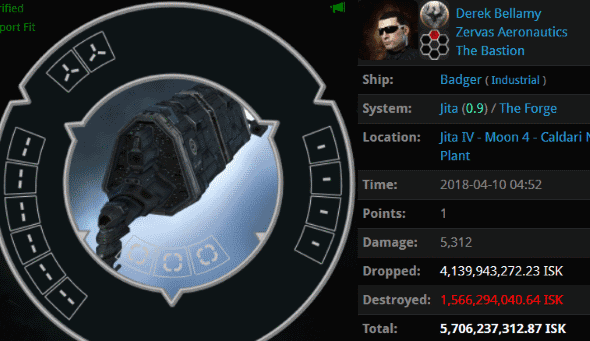 KILLMAIL
Derek Bellamy had 5.7 billion isk worth of cargo to move, so naturally he chose to do move it with an unfit Badger. Agents brainlet and Daniel Chanline had no trouble piercing the hauler's tank (or lack thereof). And it's too bad irony doesn't appear on killmails, because this Badger would've been worth plenty of irony points: The ship's expensive cargo consisted of tank modules. 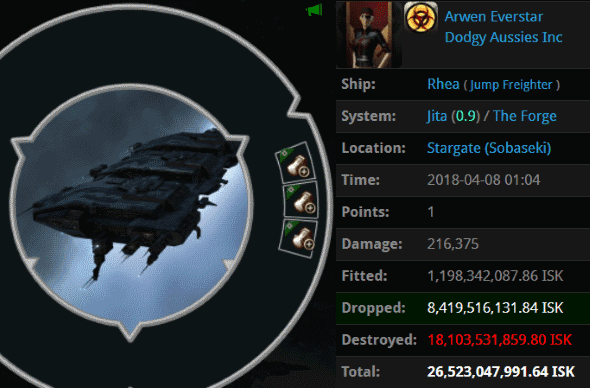 
Remember when EVE's marketing team had that whole "Butterly Effect" campaign? The people on that marketing team probably don't work for CCP anymore, but thanks to our Agents, the butterfly effect is alive and well in EVE. Lovelyhall Harkonnen's 28 million isk Retriever was spotted mining alongside an Orca alt. The Retriever was ganked by Agent Malbona Pomon, who was pleasantly surprised by the Retriever's 1.2 billion isk pod. Sadly, our Agents didn't have the firepower needed to dispose of the Orca alt. Or did they? 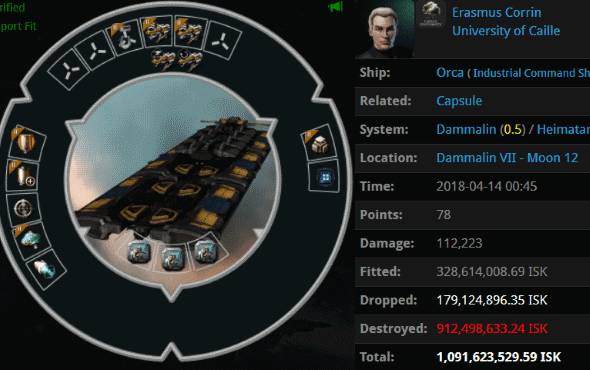 KILLMAIL
When Erasmus Corrin saw his alt getting ganked, he activated his contingency plan: A burst jammer. 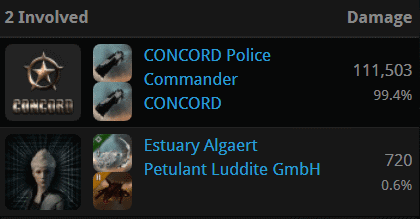 This is why burst jammers aren't very useful in highsec. 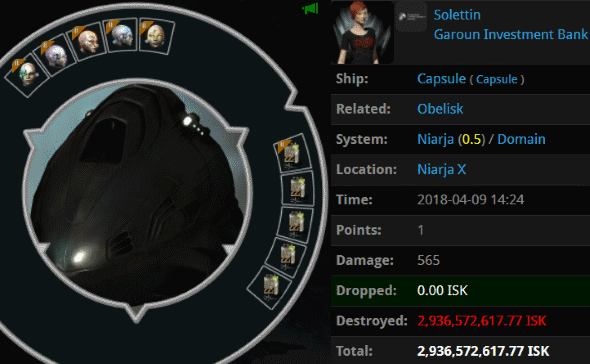 KILLMAIL
Solettin threw caution to the wind, sending her 6.9 billion isk Obelisk to its death in the notorious ganker haven of Niarja. Agent Sasha Cohenberg was standing by to remove the freighter's pod. Another 2.9 billion isk down the drain for Solettin. 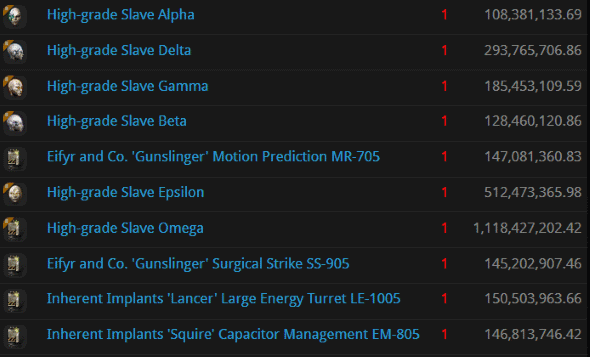 Personally, I'd say a freighter pilot could do without implants like these. Now Solettin has a chance to test my theory.
Posted by MinerBumping at 20:05