One of the many perks of becoming an Agent of the New Order... 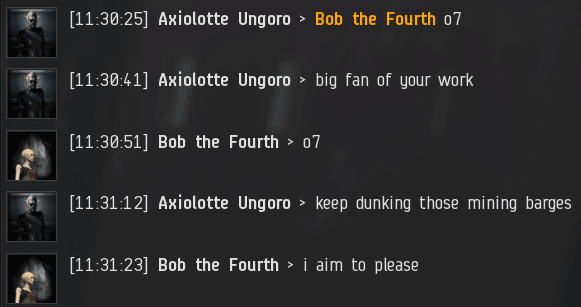 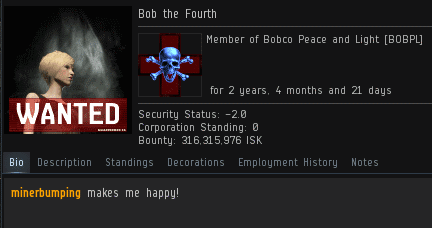 Agent Bob the Fourth has become famous for his heroic efforts in bringing the Code to the Solitude region. 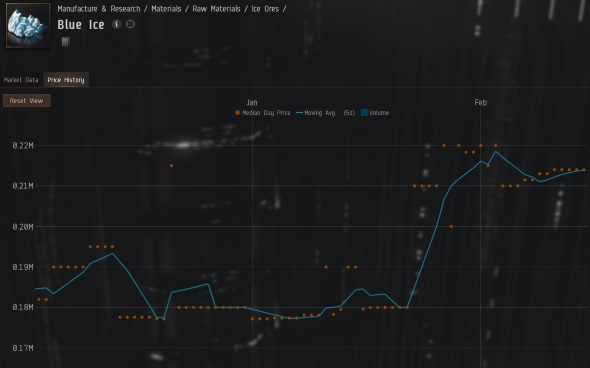 Of course, the flow of information in highsec doesn't flow only one way. Agent Bob was watching.

Whenever he sold confiscated mining drones for more ganking isk, Bob took advantage of the fact that he got data on those who purchased the contraband. 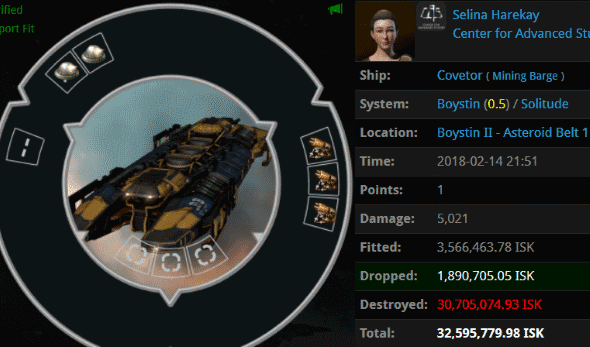 Bob acted on the intel by moving to the Boystin system as quickly as he could. He immediately discovered the drone purchaser's alt mining in a Covetor. 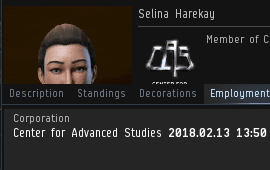 And there was more: The Covetor pilot was barely one day old. Someone was using skill injectors.

Shortly after losing her ship, Selina Harekay replied to our Agent's Codemail with a bunch of mockery.

Selina then deposited a single isk into Bob's wallet, rather than the 10 million she owed him. One isk for each day she'd been in the game, I suppose. 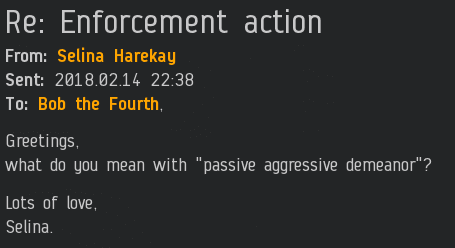 Bob cautioned the miner that he'd seen her act before and wasn't buying it. She persisted.

Selina was afraid to undock while Agent Bob was in the area. Unfortunately for the miner, Bob was still idling in the Boystin system hours later. As Selina was losing precious mining time, she grew impatient.

Uppity miners are a sure sign of bot-aspirancy in the local culture. Yes, there was much work to be done in Boystin.