I remember when scouting and warp-ins and DPS were the challenging parts of ganking. Now it's all about trying to find a decent target. 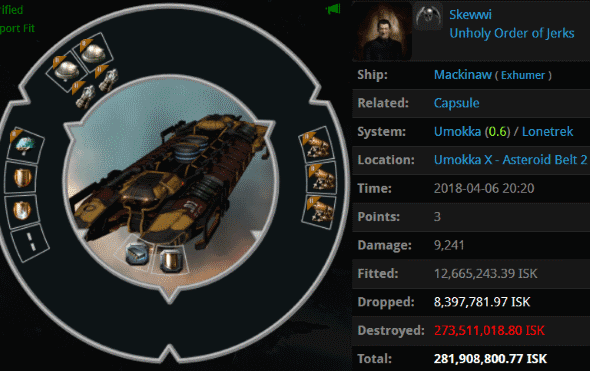 Mackinaws don't last very long in highsec these days, and Skewwi's was no exception.

Agent Minx Mattel contacted the miner to let him know that he hadn't been randomly ganked; he had deserved to lose his ship. Skewwi resisted the notion.

Skewwi attempted to keep a stiff upper lip. But was he as unaffected by the loss of his Mackinaw as he claimed?

The miner was rattled enough to admit his guilt. Instead of focusing on a video game, he'd been rotting his brain by reading some book. Maybe if he played EVE correctly--instead of mining all day--he could've written his own thrilling story. Like our Agents do. 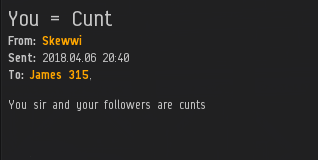 After terminating the convo, Skewwi may have gone back to reading--but not before sending me an EVEmail. I get messages like this all the time. They lack context, but I know they mean my Agents are doing a good job saving highsec.

Days later, Skewwi was still stewing about the loss of his Mackinaw. A "minor annoyance", indeed. 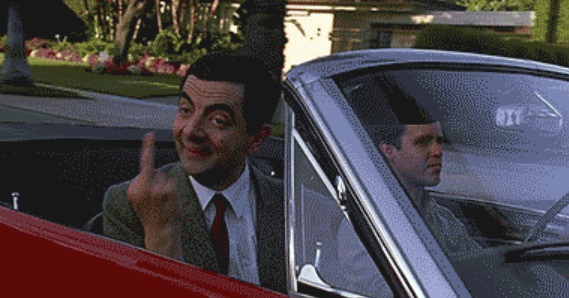 The miner began to send Agent Minx links to various GIFs to express how little he cared about being ganked. 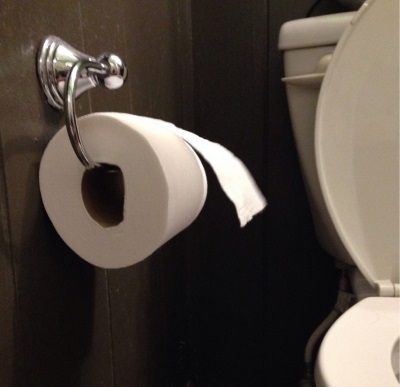 ...And how little respect he had for the Code. The very Code that could've prevented his loss.

It seemed that Skewwi was one of those Benjamin Button type miners: They get angrier the more time that passes since the gank.

Skewwi's profane reference to the Saviour of Highsec confirmed that he was a Goofus. Agent Minx concluded that drastic action needed to be taken.

...He invited the miner to the MinerBumping channel.