The Medal of Honour, Part 1

How do you know if a corporation harbors Code violators--or worse, actively encourages its members to adopt a bot-aspirant culture? 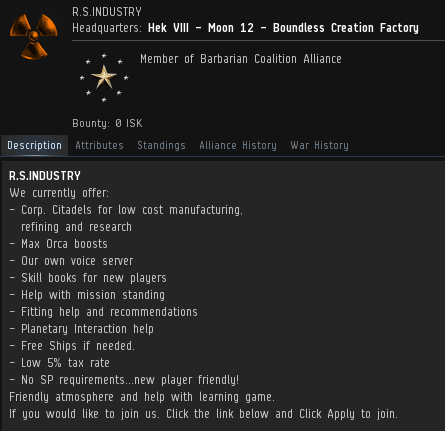 There were a number of red flags in R.S.INDUSTRY's corp description. There was a less than 100% chance that it was a Code-abiding corporation, and that made it worth investigating. 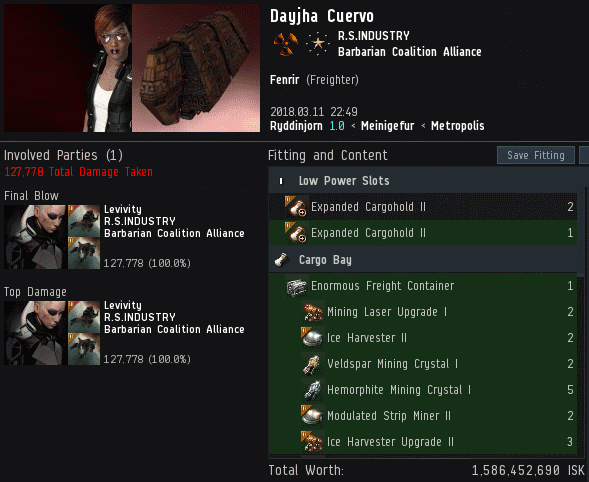 Dayjha Cuervo slowly made her way from system to system in a freighter. Her slow speed marked her as an AFK autopiloter. Though Levivity was new to R.S.INDUSTRY and eager to make a good impression, she couldn't let her corpmate get away with a crime this big. She took advantage of the corp's friendly fire setting and ganked the freighter with her Proteus. 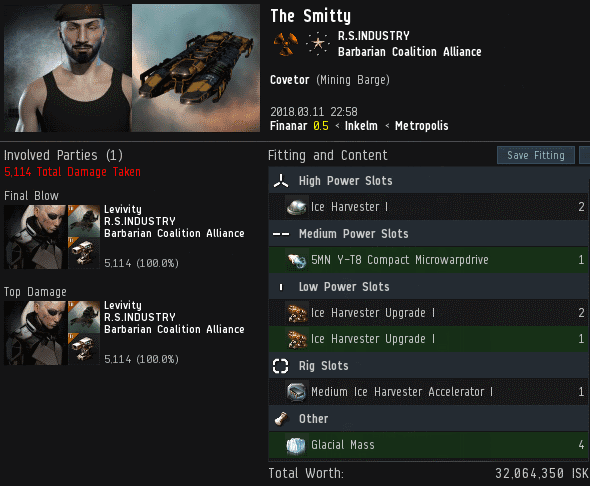 When Levivity inspected the freighter's cargo, she was horrified to discover unlicensed ice-mining equipment inside. She raced back to the Finanar system, where a corp mining op was ongoing. As Levivity feared, none of the miners had permits. Her Proteus opened fire. 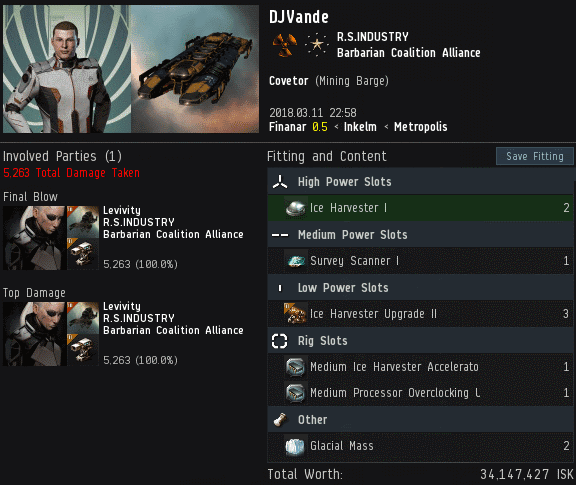 Though ten minutes had passed since the freighter gank, the freighter pilot hadn't warned anyone that an elite PvP'er had joined the corp. Obviously, she was still AFK. Levivity was therefore able to kill two of the corp's ice miners before the rest of the corp docked up in a panic. 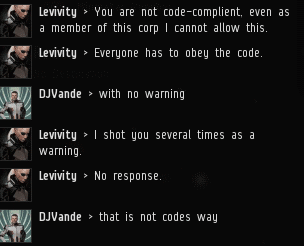 Levivity's acts of violence were committed in the name of the Code. She was an Agent of the New Order. 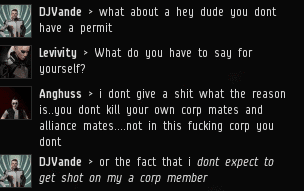 One of the ice miners, DJVande, trotted out some tired old excuses for why he didn't own a permit. In the course of doing so, he inadvertently admitted that he was aware of the Code. Oops!

The Smitty was the other ice miner iced by Levivity. Hoping to avoid DJVande's mistake, he feigned ignorance of the most famous organization in highsec. 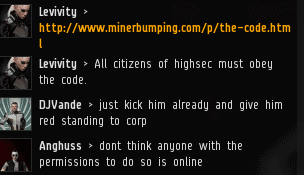 Levivity's suspicions about R.S.INDUSTRY were correct: Code enforcers were not welcome there. She would be kicked out at the earliest opportunity. Until then, corp chat would be lively. 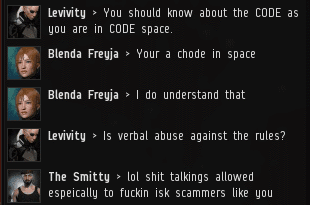 Slowly but surely, other members of the corp got up to speed about "the Levivity situation". 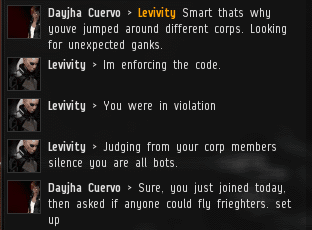 Just then, the freighter pilot returned to her keyboard. Now that she knew Levivity was an undercover operative for the New Order, everything started to make sense. That's why the day-one recruit had been asking about freighters! 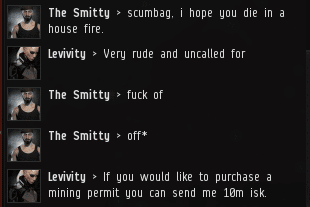 The Smitty was burning with rage. Fire danced in his imagination. Would his foolishness shock his fellow corpmates into calming down? 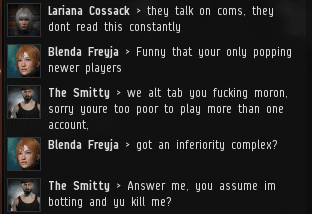 If anything, it seemed that the carebears were feeding upon each other's rage. The corporation was in an uproar over the Agent in their midst. Could Levivity calm them all down and persuade them to embrace the Code?