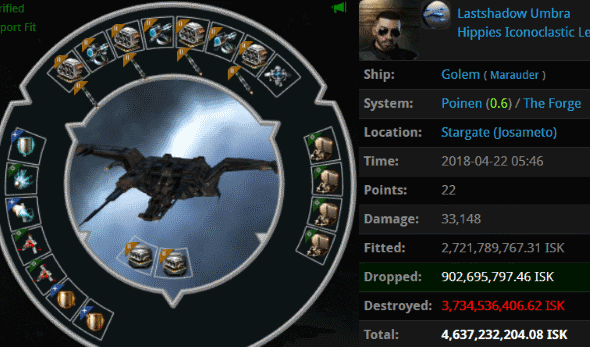 KILLMAIL
Let's start with one of those "ships that can shoot back": Lastshadow Umbra's 4.6 billion isk bling marauder. Isk doesn't translate into combat effectiveness, however. No matter how much he spent on weapons and defenses, Lastshadow was, at his core, a carebear. He was no match for elite PvP'ers like Agents Ralliana, Luna Nightblood, and Underpaid Ship Mechanic. 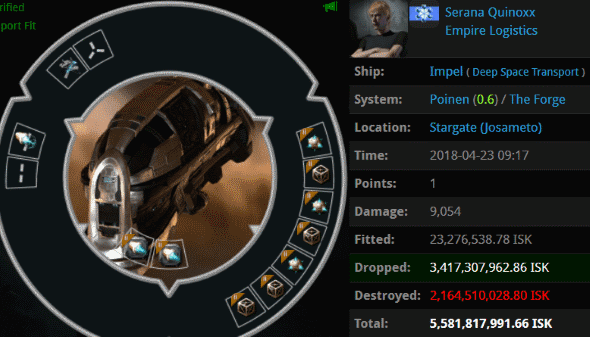 KILLMAIL
...And lest our Agents be accused of picking on defense-ful combat ships, Serana Quinoxx's unarmed, defenseless hauler met the same fate. For Serana failed to obey the Code, and that meant his ship was destined to become a wreck. He was killed by the trio that killed the Golem: Agents Underpaid Ship Mechanic, Ralliana, and Luna Nightblood. 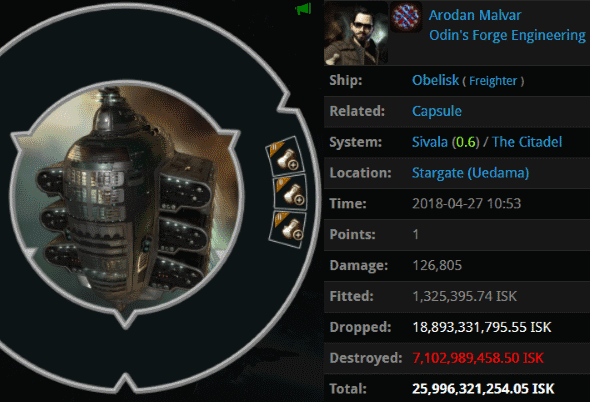 Always bet on the Code. 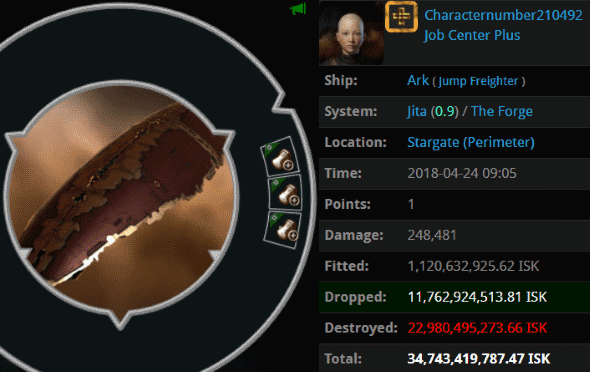 This is the best way to deal with Citadels, I find. 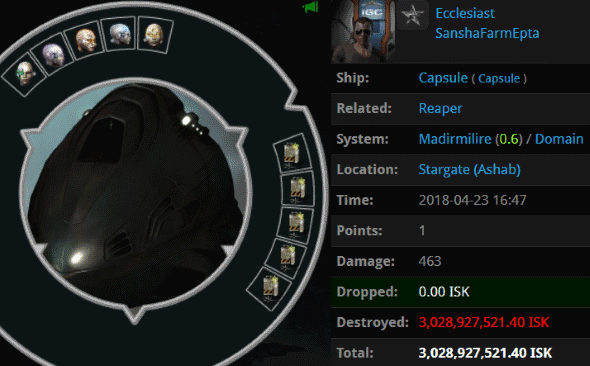 KILLMAIL
Ecclesiast was a relic of the past: He thought he could autopilot a rookie ship through highsec and not lose his pod. Agent Pod-Goo RepoWoman, by contrast, is a symbol of modern highsec life under the New Order. She removed 3 billion isk worth of implants from the regressive carebear. 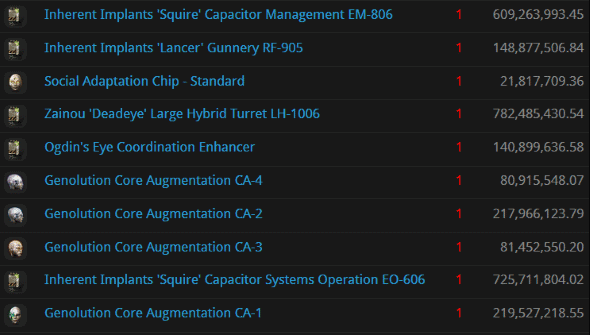 I'm pretty sure you don't need all of that to pilot a rookie ship. Now watch Ecclesiast complain about being a new player--or a "newly returning" player. 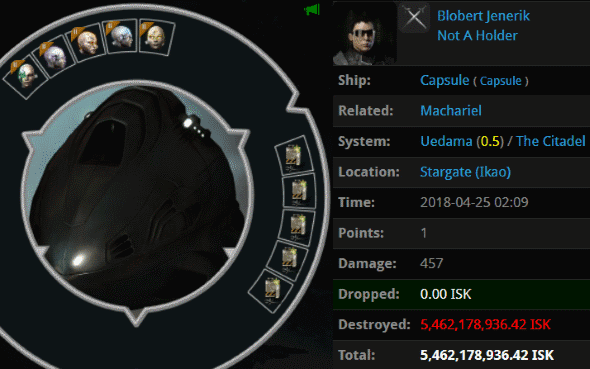 KILLMAIL
Incredibly, Blobert Jenerik managed to lose a pod almost twice as expensive as Ecclesiast's. Blobert's crime was even more absurd. He attempted to use a Machariel to counter-bump our Agents while they were busy preparing to kill another target. Not only did Blobert fail to save the target (a 6.5 billion isk Bowhead who died a few minutes later), the would-be Anti-Ganker managed to get himself killed in the process. Then he was podded by Agents Joshua Kusion and Katy Rozei. 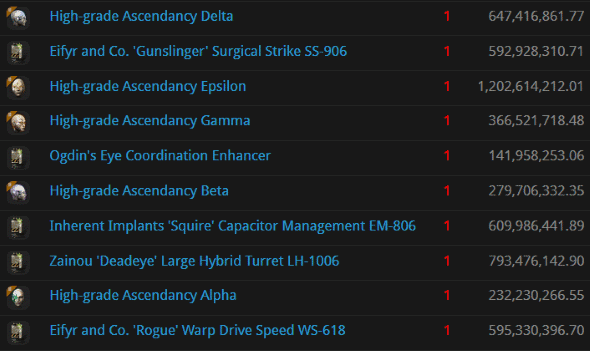 Silly rebels. If you want to spend your money on something useful, start with a mining permit.
Posted by MinerBumping at 20:15