Previously, on MinerBumping... Fin Udan appointed himself backseat moderator of the Market Discussions subforum on the official EVE forums. His chief complaint was the presence of thread about New Order shares--a thread which had stood unchallenged in the subforum for more than three and a half years. Increasingly discouraged by the ISD's refusal to move the thread, Fin began attacking the ISD members with profanity--an offense that triggers a mandatory permaban from the forums, according to CCP's rules. Somehow, Fin escaped punishment. Fin then attempted to open a secondary market in New Order shares, but got no takers. 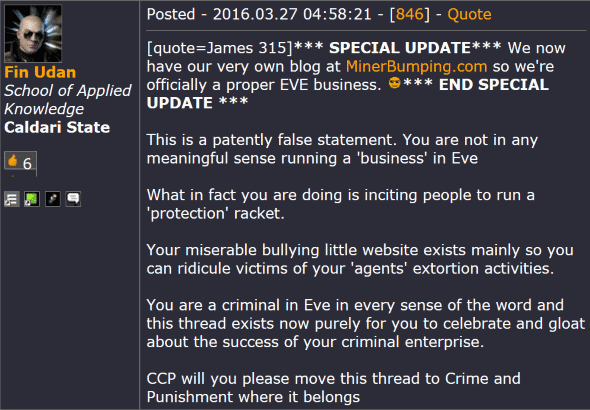 Of all Chribba's contributions to the EVE community, his finest was Eve-Search, a website that automatically archives posts on the EVE forums. This tool allows players to read all of the countless posts censored by the normally aggressive forum moderators. Even deleted threads are archived--with the notable exception of the notorious CCP Mintchip thread, which Chribba manually deleted out of respect for his friend.

Eve-Search preserves the history of Fin's campaign against the New Order thread. Said history stretches all the way back to March. As weeks passed, Fin continued to post complaints in the thread. They were deleted for being off-topic. 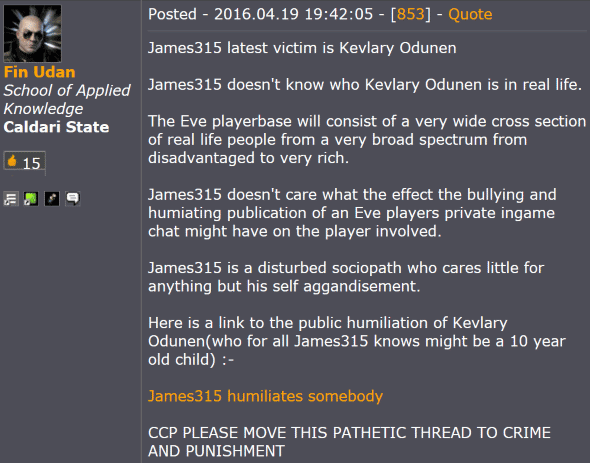 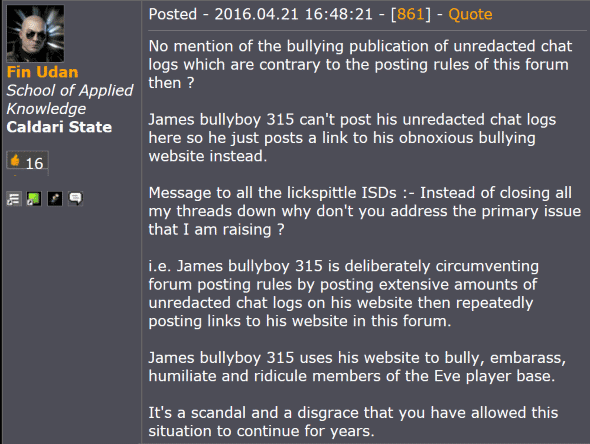 Fin didn't mind ganking, wardeccing, etc. What he hated was the posting of "unredacted chat logs". (In fact, the chat logs are lightly edited for readability.) 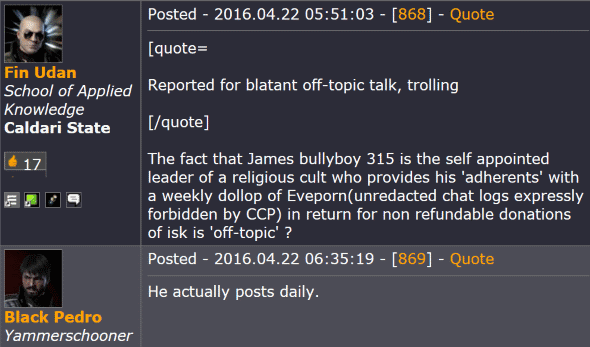 Nearly a month after posting his first objection, Fin was still going. ISD kept deleting his posts, but Fin didn't take the hint.

As April turned to May, Fin was still fuming over the way the Market Discussions subforum was being moderated. His gripes found their way into other threads, as well.

Then came the "Forum Freakout" series on MinerBumping. After reading Part 1, Fin had a whole new reason to oppose the New Order. Where should he lodge his new set of complaints? Why, the Market Discussions subforum, of course. Clearly that's where it belonged. 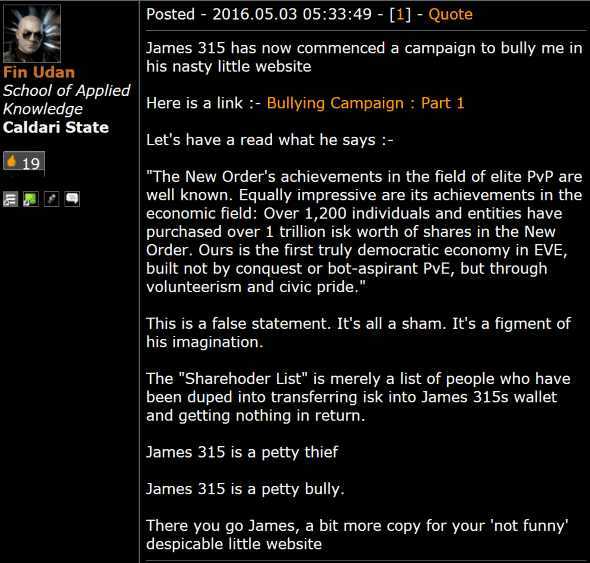 Fin opened a new thread, but quickly thought better of it. He did the next best thing to deleting his own thread by editing the post and the thread title down to a single period. But Eve-Search caught it. Fellow forum poster Bumblefck tried to get Fin to stop and think about what he was doing. 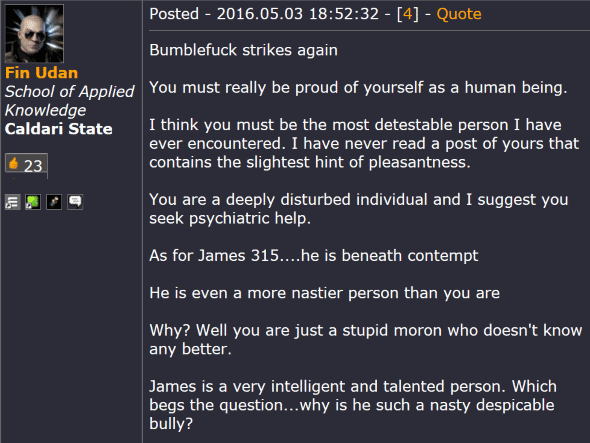 Fin updated his list of active forum vendettas. Fin hated Bumblefck more than anyone else in the whole world--and he hated me even more than that!

Bumblefck found himself on the receiving end of Fin's jibes in other threads. Then Fin returned to his anti-MinerBumping thread to answer criticisms from additional posters. 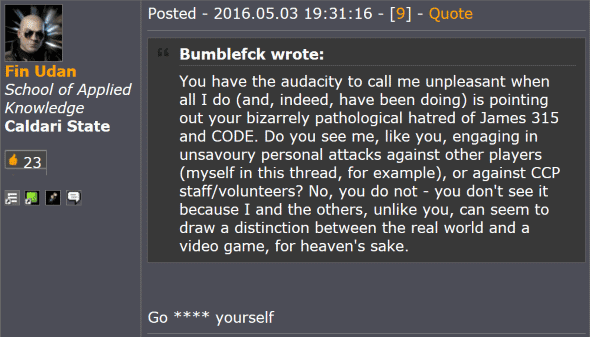 As Fin fired F-bombs at other forum posters, ISD Decoy finally arrived to lock the thread. Fin was furious. It was time for him to face his true enemy head on. He opened yet another thread, titled "ISD Decoy".

His post went right to the point. Fin Udan's initials were increasingly appropriate. 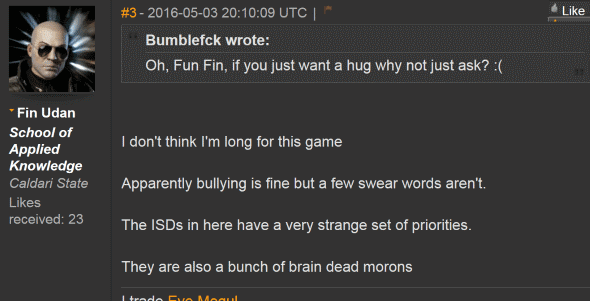 The forum warrior had opened up multiple fronts in his campaign to cleanse Market Discussions of off-topic posts. Desperate, Fin saw no choice but to direct profanity at ISD members. Again. Last time, they chose to ignore the forum rules by giving Fin a second chance. He repaid them with another round of abuse. How would the ISD handle Fin Udan this time?