Too Much Time in the Ice Anomalies 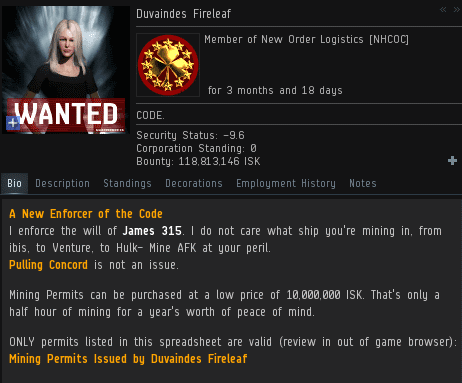 The New Order is the lifeblood of EVE today. People ask, "Where are the new players? Where's the next generation of elite PvP'ers?" I direct them to the New Order. We are turning out elite PvP'ers--almost more than we know what to do with. 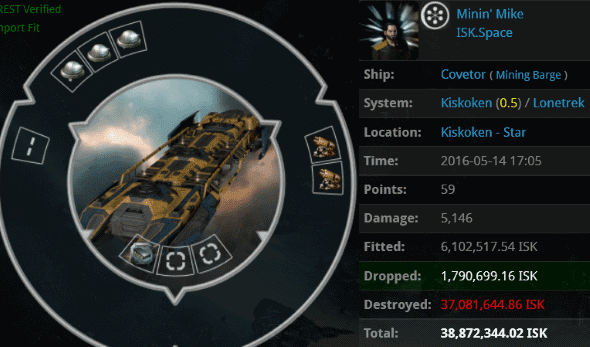 It was a routine operation with the expected result, a tremendous CODE. victory. But when Mike was asked to buy a permit, something strange occurred.

The destruction of the miner's ship had left him adrift in a sea of confusion. He cried out in local for the only thing he could think of. 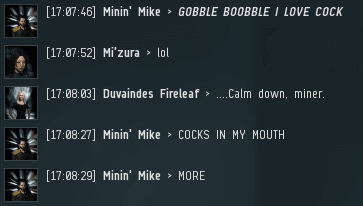 Duvaindes followed standard protocol. It was ineffective, not having been designed with this particular breed of carebear in mind.

Witnessing this sorry spectacle, the Kiskoken community did not rally around Minin' Mike. They were too busy nursing their own grudges against CODE. 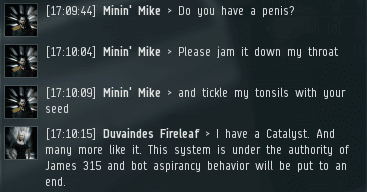 Our Agent tried to help the miner snap out of it. But Mike's mind--what was left of it--could not be pried from its single-minded obsession. 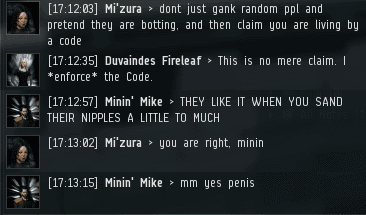 Duvaindes quickly realized that Mike's psyche had been left in shambles, the result of far too many AFK mining ops in the ice anomalies of highsec.

Only a few months into her career as a Code enforcer, Duvaindes had come across one of the severest cases of bot-aspirancy ever encountered. There was little guidance to be found in the New Order literature. She could only hope that the next time Mike was ganked, a more experienced Agent would have better luck with him. 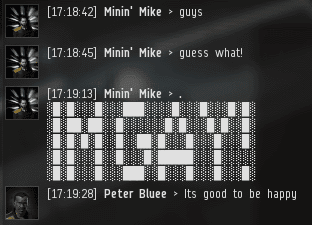 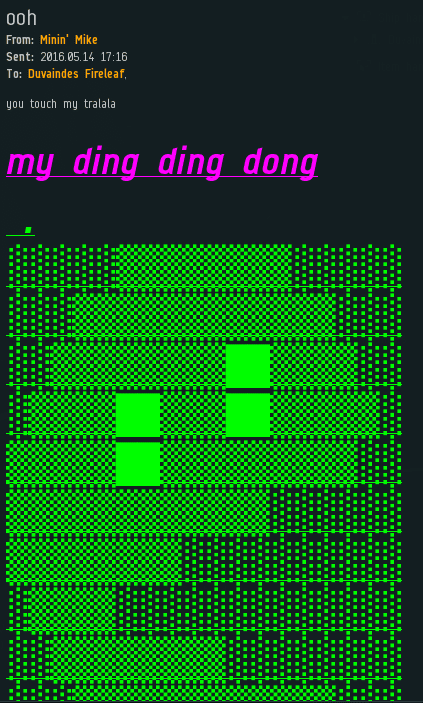 Carebears, don't let this happen to you, too. You think it won't, but that's probably what Mike thought when he first began to mine.

Better to stick with the Code instead, don't you agree?
Posted by MinerBumping at 17:34