Who Are Your Real Friends?

Agent Fate and Destiny destroyed Katt Trygon's Retriever. Fate offered her a gf, but she replied with a gfys, which is not the same thing.

Agent Fate was then subjected to the anti-male bias that men sadly experience all too often in EVE.

Though Fate gave Katt some advice on how to avoid being ganked, it was clear that the miner wasn't interested in the whole "learning" thing. After all, she'd been ganked by Fate less than two weeks earlier while mining in the exact same asteroid belt. 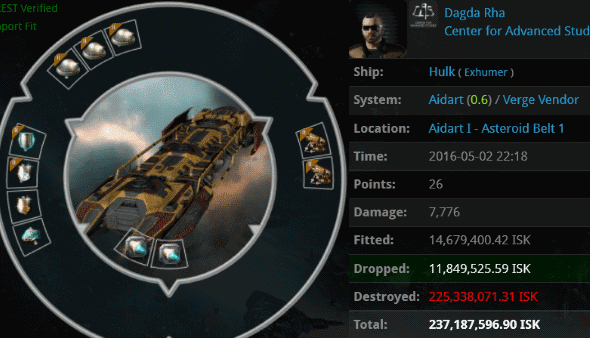 Though every New Order victory is an impressive one, some attract more attention than others. Fate and Destiny managed to take down a Hulk, a ship that was once the predominant mining vessel of highsec, but which is now teetering on the brink of extinction.

You Blew Up was so affected by witnessing the destruction of the Hulk that she wrote to the pilot two days later.

Harvester Mining Drones are arguably the best evidence of illegal decadence among miners. A full set costs around a billion isk. Being drones, they naturally have very few hitpoints. In addition, when deployed, they automatically have a 100% chance of being "dropped" for the ganker.

A proxy conflict brewed between You Blew Up and Dagda Rha. You Blew Up's friend was accused of stealing Dagda's roommate's drones.

Strangely, Dagda's first loyalty was to his roommate, as opposed to the person who offered him a chance at learning to play EVE properly.

Dagda's irrational advocacy for his bot-aspirant roommate makes one wonder: Were they engaged in account sharing? Had they found a means by which they could double their AFK/hr ratio?

You Blew Up spoke reason to the former Hulk owner. If she succeeded in getting Dagda to embrace the Code, maybe that would have a positive effect on Dagda's roommate, as well.

Alas, it seems that the two roommates' bot-aspirancies mutually reinforced each another.

Dagda gave You Blew Up an "official notice" not to contact him again. Like Katt Trygon, Dagda Rha had no interest in speaking with someone who questioned his dangerous carebear lifestyle. You'd think the loss of multiple sets of Harvester drones would serve as ample warning. But some miners need to lose everything before they're willing to open themselves to the Code. Only then do they realize that their gankers--not their roommates--are their true friends.
Posted by MinerBumping at 17:57