EVE is a competitive PvP sandbox based around shooting spaceships. Sandbox games are special because they give players more opportunities to make decisions for themselves, rather than telling the player everything they're supposed to do. Alas, some EVE players have yet to develop the ability to make good decisions. Let's see what happened to some of them during the week of May 1st @ 00:00 EVEtime through May 7th @ 23:59 EVEtime. 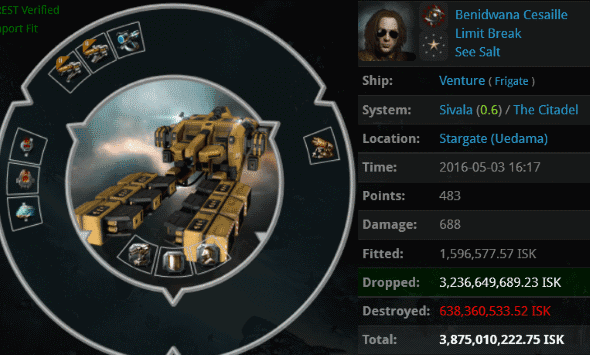 KILLMAIL
Whose bright idea was it to fly a 3.8 billion isk Venture? Benidwana Cesaille inspired facepalming all across highsec when he loaded up his Venture with 3 PLEX and a Skill Injector.

Agent TREMENDOJ ITA popped the Venture and happily snagged the 3 PLEX; the Skill Injector didn't make it, so more skillpoints went down the skill sink. 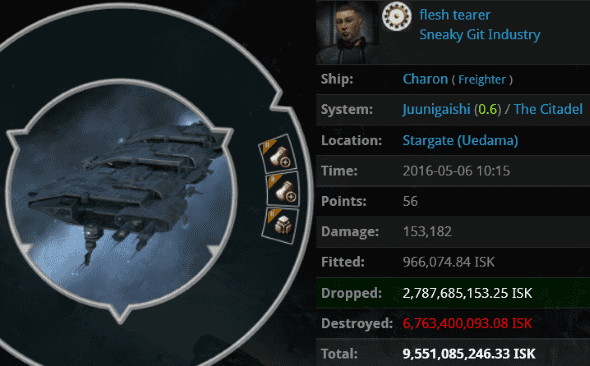 KILLMAIL
flesh tearer had a fleet of smaller ships to move, but not enough patience to take more than one trip. The presence of one set of reinforced bulkheads is damning: It proves that flesh tearer knew of the module's existence--and the existence of freighter gankers--while his use of two cargo expanders proves he didn't care. The freighter and its fleet were annihilated by Agents AntiGanks TooStrong, Shazna Solta, Hold my pleb, SynthiaGreey, Bulkheads Won'tsaveyo, Synamic, Yolandi Calais, Talon Calais, Unfit ForDoody, Freighter Repo, Nice Freighter, Shoulda paidthe Ransom, Jack Fizzleblade, Bratok Srayona, Anthologee, Pure Whyte, and Why so Pleb. 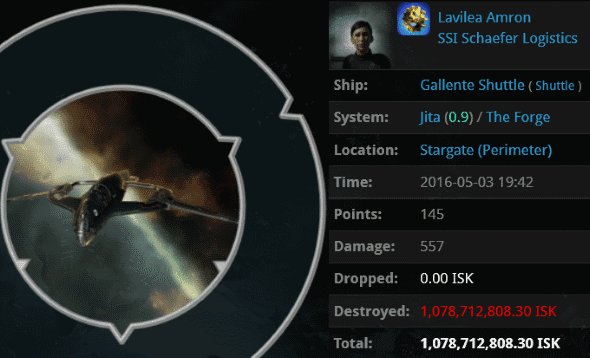 KILLMAIL
Lavilea Amron was too smart to put her PLEX into a Venture, but not smart enough to keep it out of her shuttle. Even the overcrowded trade hub of Jita must bend to the will of Code enforcers. Agent Red Retrograde blapped the shuttle. That's one less month of bot-aspirancy for Lavilea. 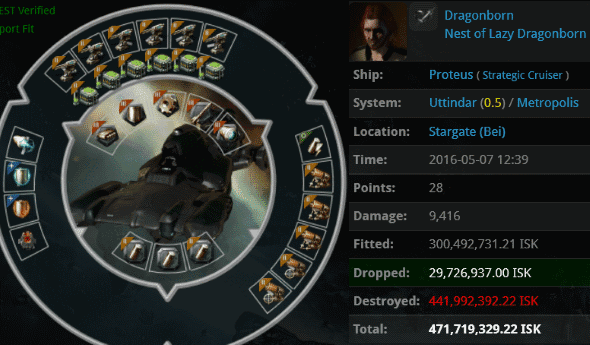 KILLMAIL
Another example of a "ship that can't shoot back": Dragonborn's fail-fit Proteus. The rebels condemn our Agents for daring to attack AFK ships. But in the case of ships like this, there's no time to waste. Agents Tisiphone Dira and William Telluric could hear the soulful groans of Dragonborn's Proteus all the way from Hek. It was a ship that deeply felt the pain of being so misused. Our Agents set it free. 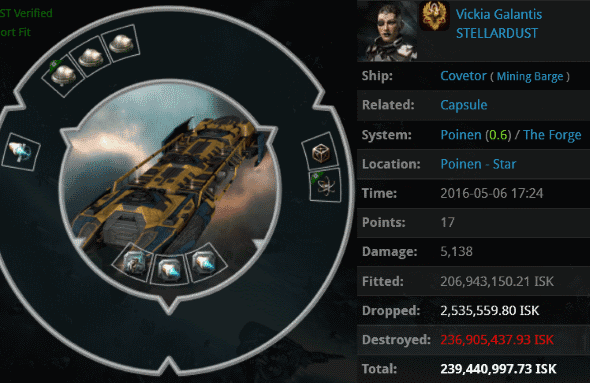 KILLMAIL
Vickia Galantis had one of the stranger and more inappropriate Covetor fits I've seen lately. Agents Mildron Klinker and Molly Klinker had another mystery to solve, though: What was a 239 million isk Covetor doing sitting at the sun? As they were soon to discover, the Covetor was awaiting its destiny... 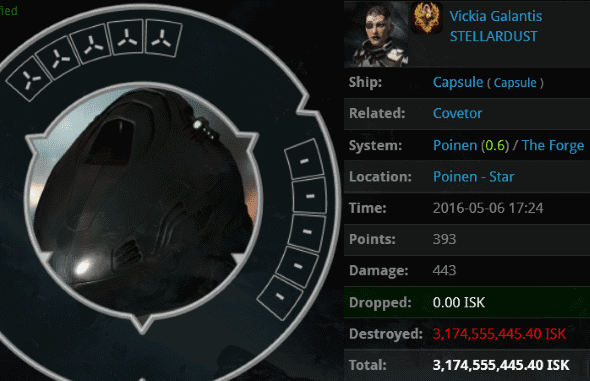 KILLMAIL
Inside the Covetor was Vickia Galantis's 3.1 billion isk pod. Was this another case of that dreadful Michi fellow? Agent Molly Klinker quickly reviewed the killmail to find out. 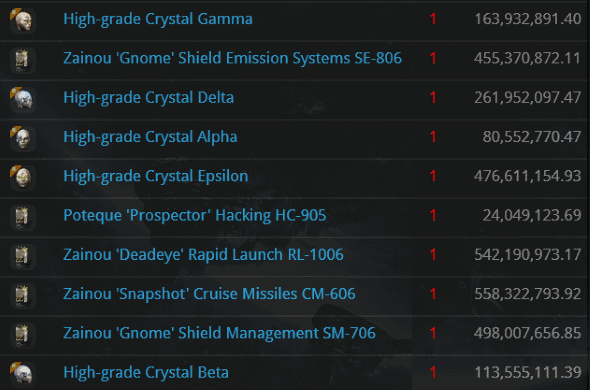 No, it was an odd assortment of shield and missile implants. Vickia was a mystery. Whatever the explanation, our Agents had no choice but to destroy her. If you want to be enigmatic, go to lowsec.
Posted by MinerBumping at 21:00