Uh-oh... You know what this means, readers: Another edition of the Highsec Miner Grab Bag, coming right up! 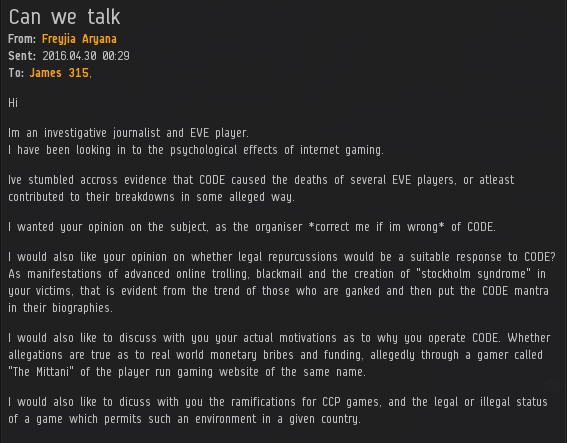 Freyjia Aryana of the Daily Planet uncovered some startling information. Having been backed into a corner by this intrepid reporter, I have no choice but to confess that The Mittani is indeed channeling real world bribes through a slush fund cleverly disguised as a multi-dollar media empire. I have a feeling this is only the beginning of this investigation.

(Or we'll never hear from Freyjia again. Whatever.)

Apparently DNAPhoenix missed the subject line of the termination EVEmail he was responding to: "For your kind attention."

Being ganked for the first time can trigger an existential crisis in a carebear. "Why kill me?" Because EVE players like killmails. A lot of them like the Code, too.

When a carebear uses "fuck humanity" as a slogan, I consider that to be a confession of bot-aspirancy. If you're anti-human, you're pro-bot.

Honking at old ladies is no crazier than sucker-punching someone for shooting a spaceship in a spaceship-shooting game. Also, a vessel lacking a New Order permit is hardly fit "perfect" for exploration or anything else. 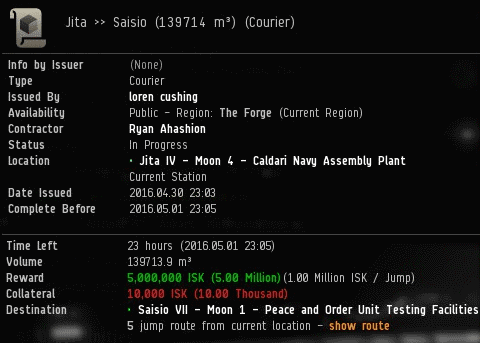 Agent Ryan Ahashion discovered a public courier contract available which offered a 5 million isk reward, but only required 10 thousand isk as collateral. Something was fishy here. Ryan decided to investigate. 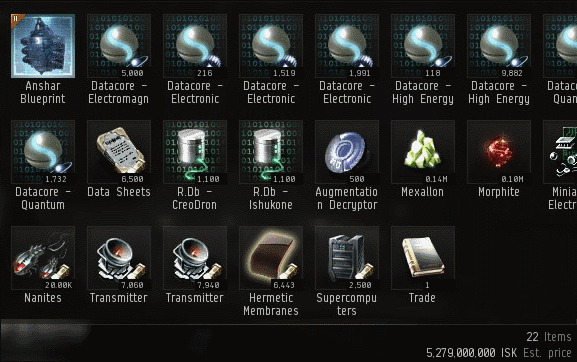 Our Agent sacrificed his 10 thousand isk collateral to open the package. He discovered 5.2 billion isk worth of equipment inside. Ryan he had no choice but to seize these assets for the New Order.

"Like a woman from a third world country"? It's a puzzling new comparison. Do they always win? 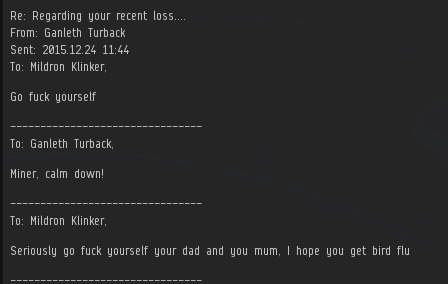 On Christmas Eve, Agent Mildron Klinker ganked an angry miner. All Mildron wanted for Christmas was for the miner to calm down... 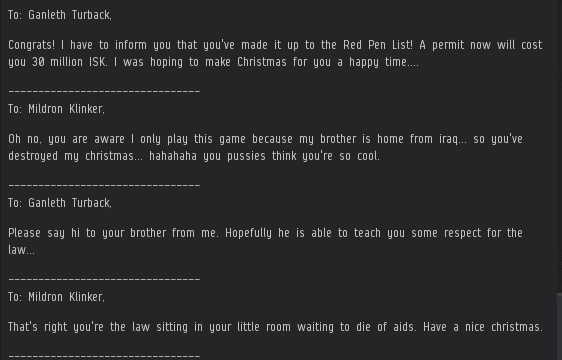 Season's greetings aren't what they used to be. Maybe I read too much into what these miners write, but their EVEmails often baffle me even upon a second or third reading. For example, how does Ganleth's brother being home from Iraq result in Ganleth playing EVE? And why doesn't he play EVE when his brother is in Iraq?

It's amazing who you can run into while enforcing the Code in highsec. Agent HotShotX Warcastle was lucky enough to meet EVE's highest-earning player. Tom Vallentine makes half a trillion isk per hour. All the more impressive that he does it using fail-fit Mammoths.

Miners, take note. This is how you climb EVE's learning cliff: Have a good attitude and ask good questions.
Posted by MinerBumping at 18:37