Fit for a Hacker

There are so many different career choices in EVE.

Tisiphone Dira chose to become an Agent of the New Order--the most elite career the game offers. 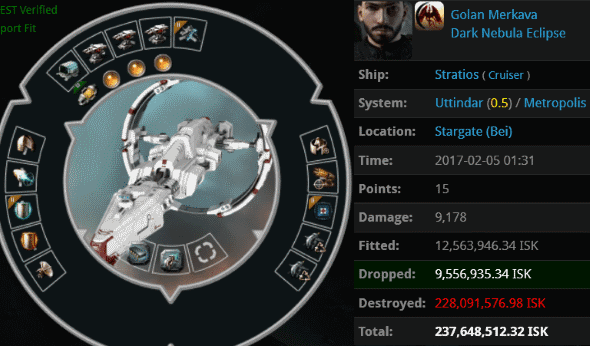 Tisiphone did her duty to cleanse highsec of Golan Merkava's fail-fit Stratios. It's important to note that at any time, Golan could've requested the assistance of an Agent to help him fit his ship.

Golan asked Tisiphone to tell him what was wrong with his fit. Our Agent did so, and then Golan immediately rejected all of her sound advice. His abomination was "just fine". I guess it's a good thing Golan isn't the one who makes that decision! Our Agents are much more qualified to make the call.

Now came the moment of truth for Golan. Confronted with a copy of the Code, he could either choose to go one way or the other. He could behave like a Goofus or like a Gallant.

Golan predicted that Tisiphone would eventually wind up in San Quentin prison, notorious for housing death row inmates. Whatever crime he thought Tisiphone would commit, apparently it wouldn't be hacking.

Golan offered Tisiphone a few parting words and terminated the conversation. However, he wasn't done just yet. You see, there were two Agents on the Stratios killmail, and Golan wanted to get a second opinion.

It didn't take Golan long to realize that the other Agent marched in lockstep with Tisiphone--and with the Code.

The mere mention of my name was apparently enough to set Golan off. More evidence of his guilt!

The carebear condemned Agent William Telluric by declaring him a non-hacker. Is this a real insult? 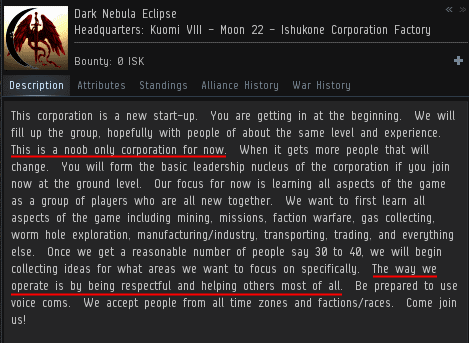 Golan was indeed the CEO of his own corp. Dark Nebula Eclipse, a 21-member corporation, specializes in helping new players learn the game. With a "New Player Experience" like that, it's no wonder EVE has so much trouble retaining players.

Just think--if you sign up for EVE, you can have this guy as your CEO.

Golan had a bunch of corp business to attend to, so he quickly put a curse on Agent William and left. I wish Golan's corp members the best of luck. May they all be liberated someday.
Posted by MinerBumping at 19:39