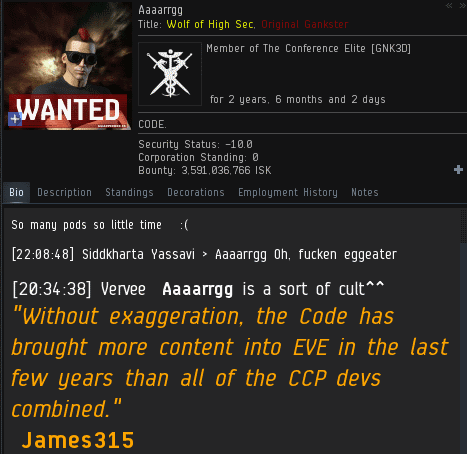 Aaaarrrgg isn't just something carebears scream when they lose their pod. 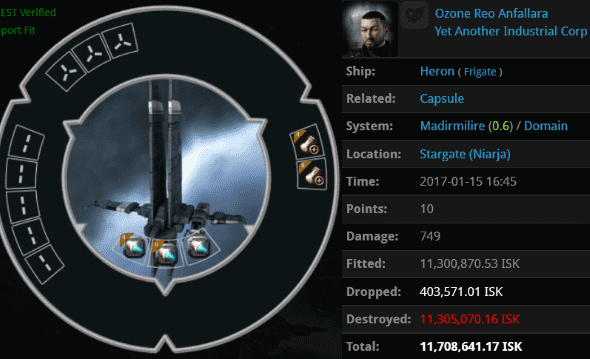 Champion of justice Agent Aaaarrgg became righteously indignant when he beheld a gruesome spectacle autopiloting in territory owned and controlled by the New Order. The Heron's "pilot", Ozone Reo Anfallara, probably didn't care much about the frigate. But he was stung by the subsequent loss of his 745 million isk pod.

Aaaarrgg thought it would be fun to have a post-fight rap session with the carebear. But Ozone was still in battle mode. 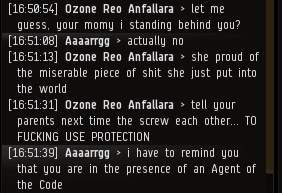 Ozone was very upset by the loss of his pod. Or, as a miner would say, he was "perfectly calm".

When Ozone discovered the reason for his loss, he could scarcely believe it. If only he'd obeyed the Code, he could still be enjoying all those implants right now. 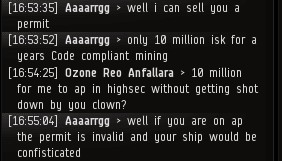 Though there was no way for Ozone to get his stuff back, he could at least avoid such losses in the future. However, the carebear was far more interested in getting back to autopiloting. 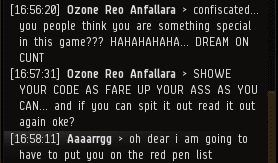 It was obvious the carebear didn't want to change his life; he wanted everything to return to the way it was before. This is the Code era, though. There's no going back. 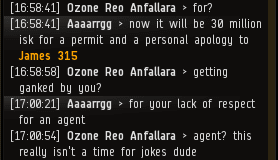 He may have lost his implants, but Ozone still held on to his haughty attitude. He felt himself superior to the Agents of the New Order--even though one of those Agents had bested him in fair combat. 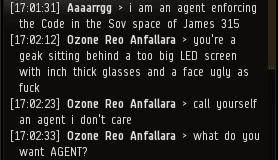 Even the use of the word "Agent" was enough to get under Ozone's skin. 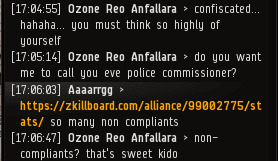 In fact, New Order terminology proved to be a sticking point for the carebear. "Confiscated" was another problem word for Ozone. He probably would've preferred the rebels' (limited) vocabulary: Words like "harassment", "bullying", "extortion", etc. 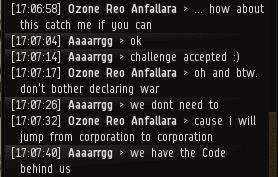 Ozone apparently thought he was being original when he made the decision to defy the Code. Aaaarrgg didn't need to hear the carebear's spiel--he was already prepared for the next step in the process. 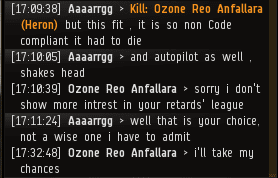 The carebear was even poorer now than he'd been in the moment immediately after the gank; he was in debt to the New Order to the tune of 30 million isk. He also owed the Saviour of Highsec a personal apology for his behavior. One might expect that the apology will never come. Maybe. But in modern highsec, it pays to have faith.
Posted by MinerBumping at 18:36