Fact and fiction, truth and falsehood. How to tell the difference? When we remember that the CODE always wins (always), it's pretty easy. However, for those who have yet to embrace the Code, things get murky, and it's easy to be led astray. And that inevitably brings them great disappointment and heartbreak--repeatedly, if they're not careful. We'll be seeing a demonstration of that later, but let's not get ahead of ourselves. From the week of February 12th @ 00:00 EVEtime through February 18th @ 23:59 EVEtime: 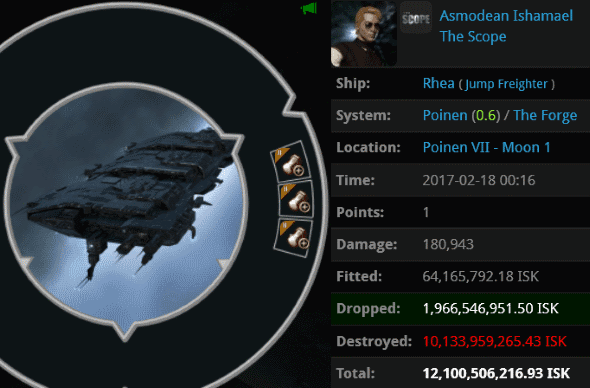 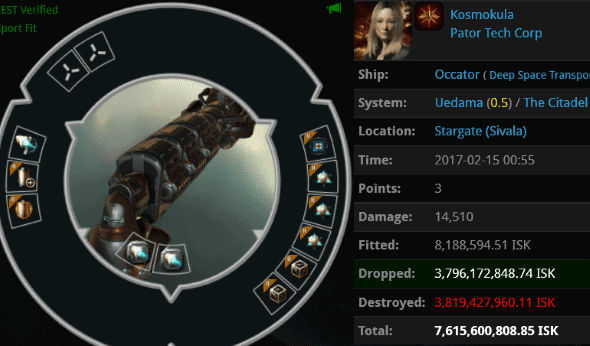 What do you do if you have seven and a half billion isk worth of cargo, but you don't want all the hitpoints and cargo space that a freighter offers? Kosmokula thought she had the answer: Grab an Occator and head straight for Uedama. There she was ganked by Agents Jackson Kusion, Jayden Kusion, Joel Kusion, Joseph Kusion, Jake Kusion, Justin Kusion, Jayson Kusion, Jason Kusion, Jeremiah Kusion, Joshua Kusion, and Johnathan Kusion. If Kosmokula was expecting something else from the Kusion family, she gravely misjudged them. I wonder how many other carebears would make the same mistake? It's an interesting thought to ponder--hold onto it, dear reader.

Kosmokula was carrying a bunch of tech III ships and equipment. I've never fallen in love with the T3's, I'll be very honest with you. 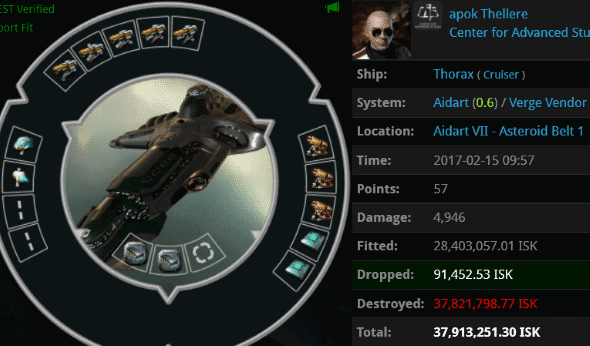 apok Thellere committed a terrible crime with his Thorax. Perhaps he thought that he could disguise himself as an Anti-Ganker by mining with a combat ship. Among other problems with that plan: Agent Snigie Audanie isn't afraid of Anti-Gankers. If anything, combat vessels in asteroid belts are more likely to be ganked. 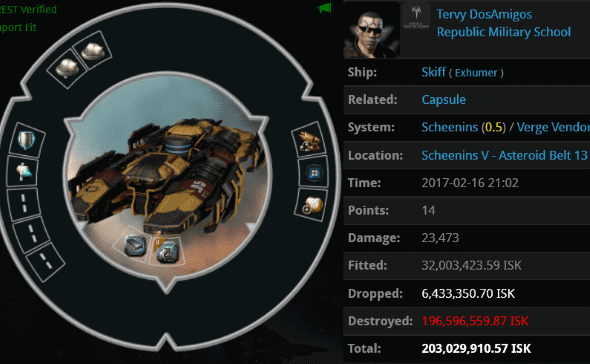 "Buy a skiff," says the rebel miner. "The gankers can't kill you if you're in a Skiff." Tervy DosAmigos took them at their word. But a Skiff hull, on its own, offers a miner no protection. He must learn how to properly fit the Skiff, and he must also get a mining permit. Only then may he mine with confidence. Agents Fate and Destiny, Zopiclone, and Never Gonna SeeGrandKids came across Tervy and scratched one more Skiff from highsec. Ares Phalanx fancied herself a highsec two-face. Unfortunately, one who is a Gallant in the mids but a Goofus in the lows and rigs is really just a Goofus. Agents Tax Collector Richard, Taxman Daniel, and Tax Collector Discotime had no choice but to stop Ares' ship and subject it to a violent inspection. 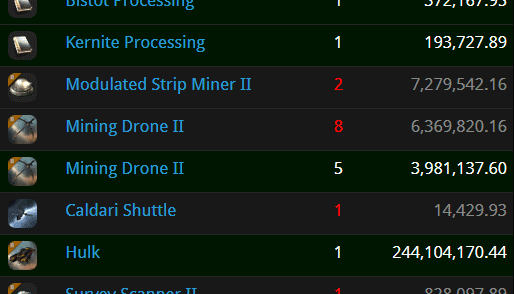 As expected, unlicensed mining equipment (including a Hulk!) was found in the wreckage of Ares' ship. There was also a library of skillbooks, but not a single copy of the Code. Bad priorities. 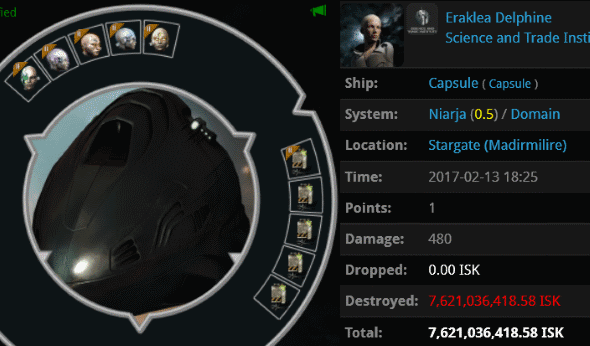 Eraklea Delphine had a 7.6 billion isk vessel with the flimsiest of tanks. It was her Capsule, which she didn't even bother to clothe with a shuttle. Eraklea went AFK and autopiloted her decadent pod through Niarja and was no doubt completely shocked that it didn't get through safely. In no time at all, Agent ST0NER SMURF was EVEmailing the carebear a termination notice. 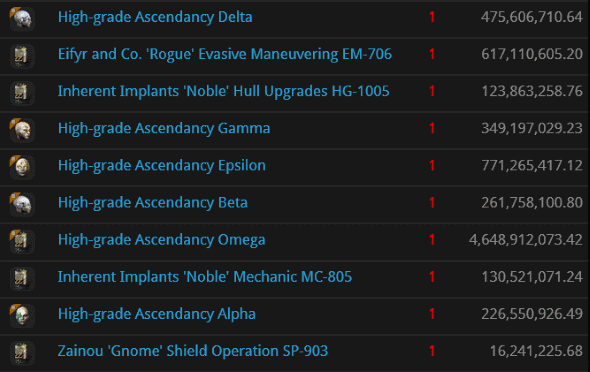 Protip: Don't inject Ascendancy implants unless you want to find yourself on the next Kills of the Week post.
Posted by MinerBumping at 21:33