The Miner He Saved, Part 3

Previously, on MinerBumping... Despite the bot-aspirants' many crimes, Agent Damien Oxytocin never gave up on them. He knew in his heart that even a Code violator can be taught to play EVE properly. 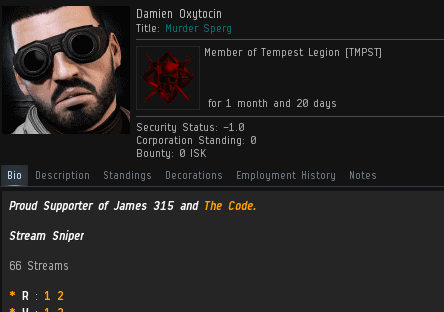 Damien's faith in the Code would soon be put to the ultimate test. In the Uttindar system, a hauler named danynemo did something that shocked him: 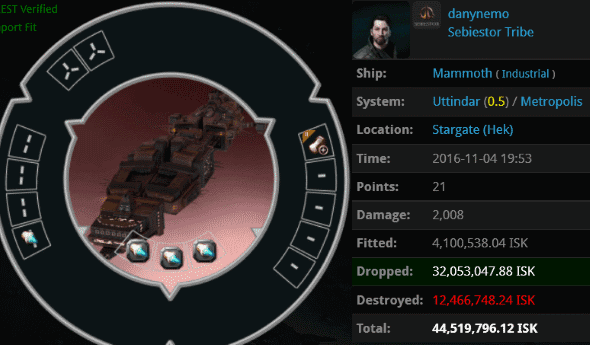 Damien shuddered. Then he got to work.

Crimes upon crimes. danynemo's hauler was carrying a Retriever inside. After he composed himself, Damien sent an EVEmail to danynemo. He received this in reply:

As our Agent suspected, the carebear was a traitor to highsec. danynemo made no effort to hide what was in his treasonous heart.

i have to say one thing...
I dont give a fack fore your laws that kill inocent players by assholes!!

DAAAAAAAAAME YOU Knights of the New Order
now i dont have isk to rebild a dicent ship!

Although Damien did his best to reason with the miner, danynemo's anger and entitlement poisoned everything. Damien decided to give him a week to cool off. Then he paid the miner another visit. 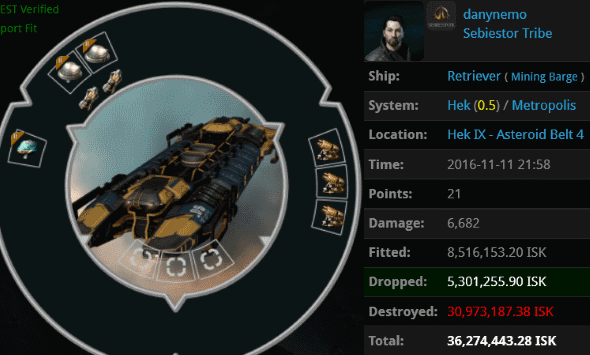 danynemo's condition had not improved. A week later, he was busy polluting the Hek system with an unlicensed, yield-fit Retriever.

A week has passed, but it would seem that your behaviour hasn't improved.

It is quite unfortunate that you do not "give a fack fore" our laws, because incident such as your recent "dicent ship" the Retriever are bound to happen time and time again. All you have to do, is comply with The Law of High Sec, which essentially means that you should buy a valid permit for 10,000,000 isk as well as be at your keyboard at all times.

In sincere hopes that your behavior changes for the better,

Our Agent gave danynemo a stern talking-to. If the miner didn't want spend the rest of his days being repeatedly ganked in highsec, it was time to shape up or ship out.

i can not agree whith a law that beleve miners are less that human!!! i prefer to bay many retrivers that to obay your order!

as you can see, i wos not AFKing once you destroy my i worp instantly to another location, ill read agean "your laws"

After receiving another EVEmail from Damien, danynemo agreed to read the Code one more time. It was his last chance.

the truth is that im mining becoz i dont know what els i can do. ive never play eve for a long time, i play for 1-2 months and then i stop. i wona try to explore warmholes but evry one say itd too dangerus and hard, i think ill take a cyclone and give it a try, mining its dangerus now too

The miner sent a new message to Damien. It was revealing in so many ways: danynemo admitted that he only mined out of ignorance of the wider game. He also confessed that mining didn't make him happy; mining doesn't do much for player retention, either. In addition, there's evidence of the destructive influence of his fellow carebears, who discouraged him from pursuing his dreams. And finally, we can see the helpful push that Damien gave him toward those dreams by taking "100% safe mining in highsec" off the table.

In the end, danynemo would indeed go on to become a Cyclone pilot and make his long-desired trip to wormhole space. Naturally, he immediately lost his Cyclone. But still, he tried, and that's the important thing. Agent Damien Oxytocin rescued the miner from a life of drudgery and taught/forced him to reach for the stars. It doesn't get much more heroic than that.
Posted by MinerBumping at 18:38