Previously, on MinerBumping... jay lacey lost a shuttle and an empty pod. He planned to have Pandemic Legion redeploy to highsec to hunt down his killer, but he soon found himself in a debate with Agent Sherri Rozei about the nature of PvP.

You can always tell when an EVE player is losing an argument: They resort to Code violations. 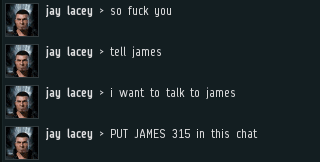 jay was tired of dealing with an Agent of the New Order. He wanted to speak to the man in charge.

Some people say that I don't exist. That's nonsense, of course; you can tell I exist by reading the Code I wrote. But even if for whatever reason you don't have access to a copy of the Code, you can see evidence of my existence by observing all the good things that happen in highsec these days.

jay lacey demanded to speak with me--not unlike a hostage taker who demands to speak with the President of the United States. That demand is rarely met.

It's nice to see that CCP still has a fan. 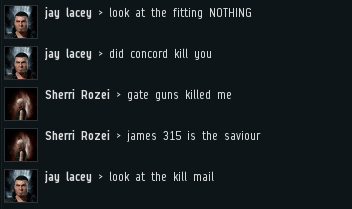 jay changed the subject again. Clearly he'd lost the debate about the nature of highsec's Saviour, so he went back to arguing about "PvP". 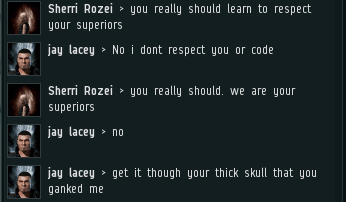 The miner didn't care about reimbursement anymore. He wanted the satisfaction of getting Agent Sherri to admit that ganks don't count as PvP. 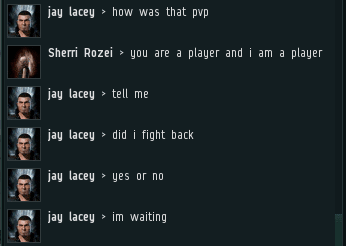 Miners can be stubborn. Our Agents have a lot of patience--even compared to other EVE players.

Sherri calmly explained what PvP is. jay didn't absorb this information the last few times it was presented, so Sherri could only hope for the best. 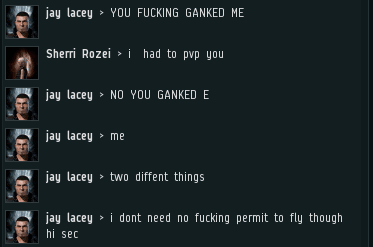 People accuse our Agents of being "griefers", but it is the carebears who are the masters of the first two stages of grief--denial and anger. 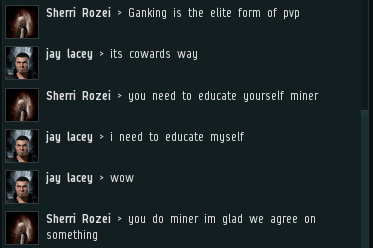 Sherri was willing to help the miner, but she could see that jay still had a lot of growing up to do.

The New Order isn't a bunch of politicians. We enforce the Code because it's right, not because it's popular. In any event, when people who violate the Code quit EVE, the Code's popularity increases. 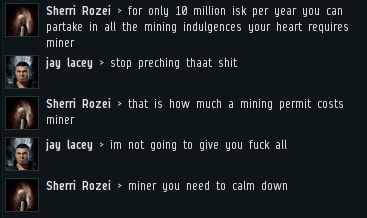 Sherri wasn't optimistic about selling a permit, but she wanted jay to know how much they cost. That way, jay could start saving up in case he changed his mind later. The mere suggestion that jay might have to part some with of his isk was enough to get him boiling with rage. 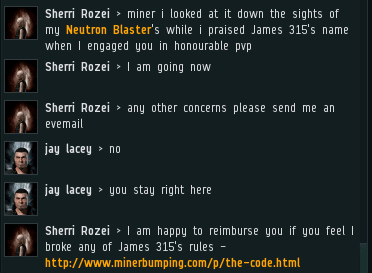 It was time for Sherri to help her next customer, so she prepared to leave. But jay still needed closure. 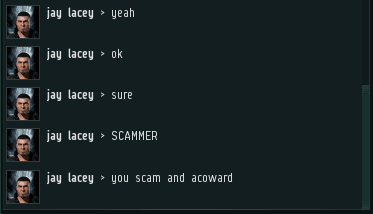 Alas, it was not to be. Not on that day, anyway. Miners, the only way to get closure is to get compliant.
Posted by MinerBumping at 17:44