How to Liberate Gamis

The rebels say everyone hates the New Order. But how can they know that? Have they ever taken a poll?

Tellingly, when miners attempt to rally the faithful against one of our Agents, nobody signs up.

To get a clearer picture of the situation in Gamis, let's take a look at the @NewOrderGamis Twitter feed. 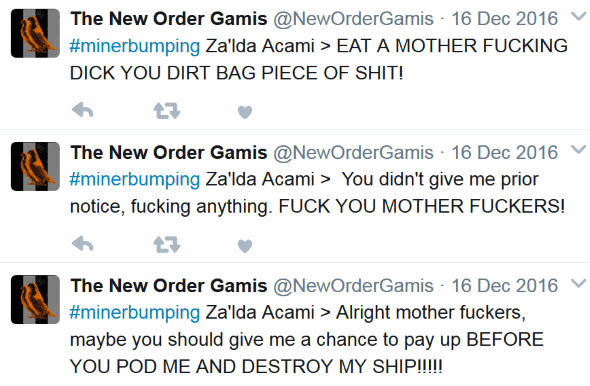 For a long time now, carebears have complained about not getting a warning before they're ganked. They've made this complaint for years. Shouldn't the miners be warning each other by now? Perhaps gankers should be the ones complaining when a miner hasn't been warned.

"If only there were no Code," says the bot-aspirant. "Then I would be a powerful warrior in a battleship instead of a lowly miner." In truth, the absence of the Code would only leave miners to further develop their bad habits. 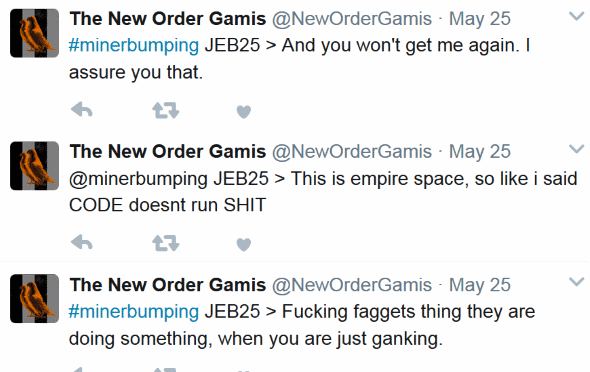 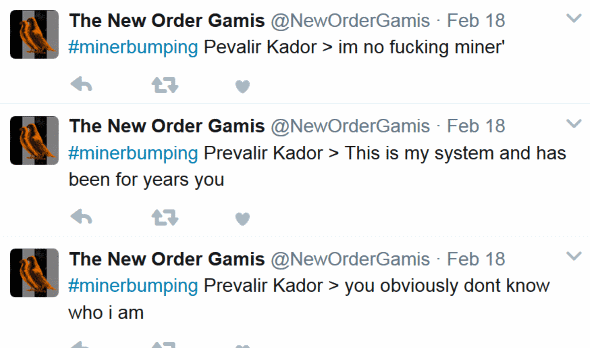 A dangerous new phenomenon: Some of the most formidable, elite PvP'ers in the game are disguising themselves as highsec miners. They only reveal their true form after being ganked. 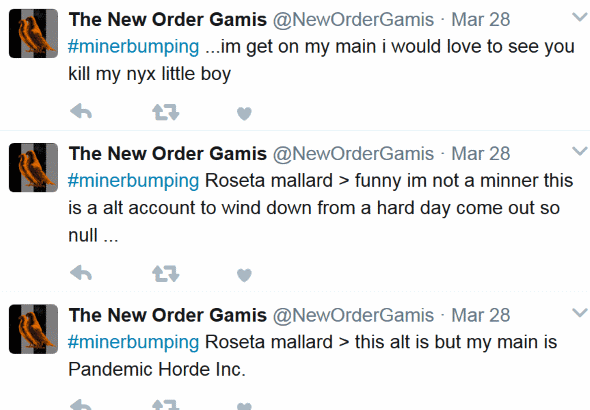 When Roseta mallard lost a mining ship, the New Order found itself embroiled in a war with Pandemic Horde Inc. Everyone hurry up and train into a Nyx! 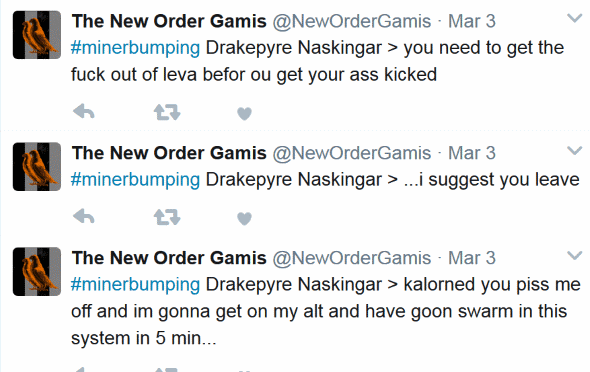 These days, we're under siege from all sides: Kalorned also managed to gank the highsec mining alt of The Mittani himself. 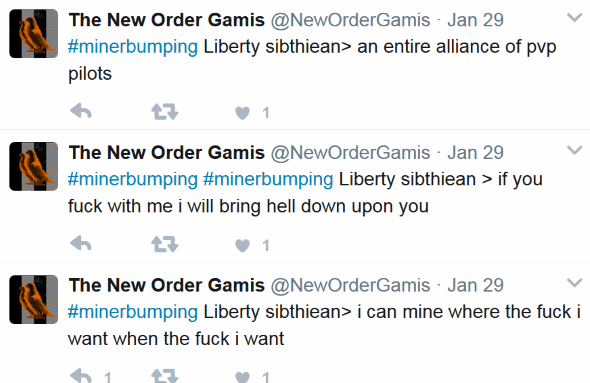 By contrast, Liberty sibthiean's powerful friends in nullsec went unnamed. At this time, we only know that they're a PvP alliance. 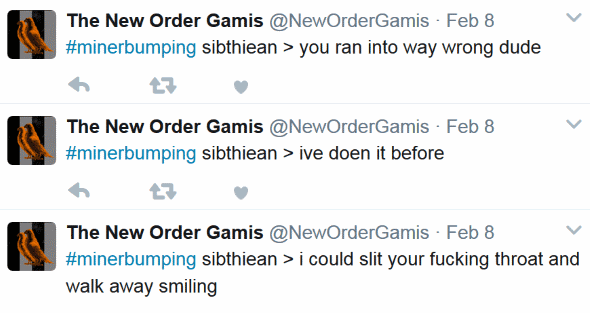 It's rare to see a retweet like this; most carebears don't send tears to our Agents by tweet. But it was an important message: The force of karma would succeed where Goons and Pandemic Horde have failed. It might take several months of sustained fighting, but Kalorned will be driven out of Gamis. 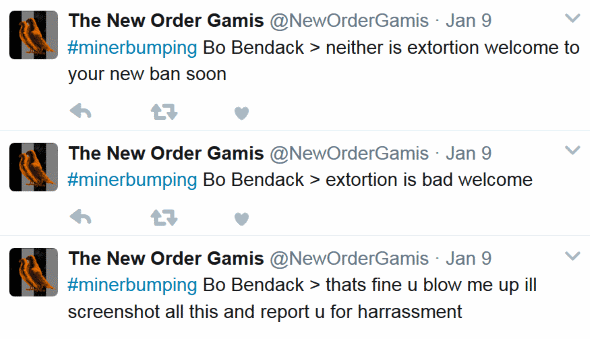 Suppose traditional PvP fails, though. The alternative is to beat our Agents by getting CCP to ban them. 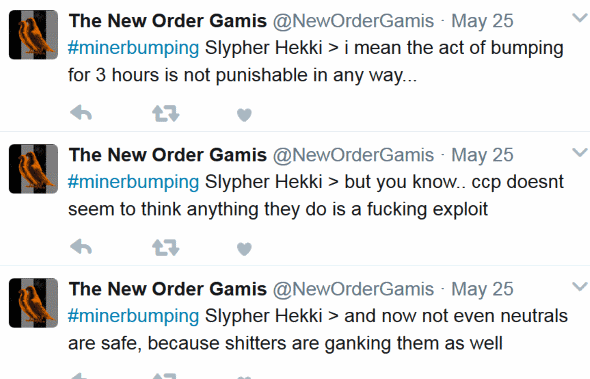 Unfortunately for the carebears, it's not against the EULA to shoot spaceships in a spaceship-shooting game. 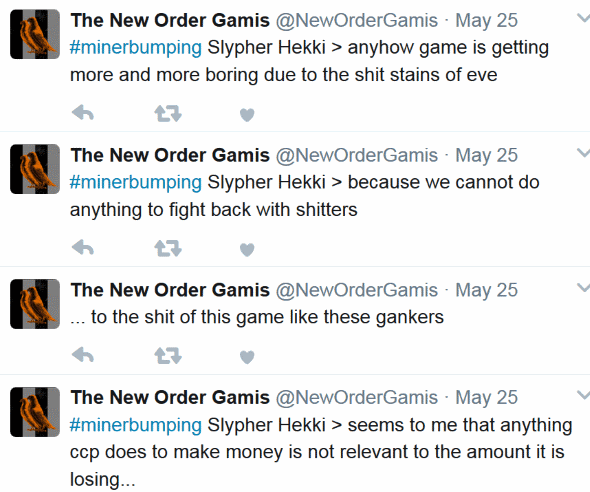 What's an anti-Code carebear to do? Wait for CCP to go bankrupt.

If CCP can't help them, the miners have few options left. One is to pray for deliverance.

...And if praying doesn't work, send a petition to the Saviour of Highsec himself. My response? Let the Code blossom across every system in highsec.
Posted by MinerBumping at 17:36