Venture of a Lifetime, Part 2

Previously, on MinerBumping... The Algogille system was in trouble. Help arrived in the form of Agents Lewak and Shilliam Watner, who tore through the Venture-infested asteroid belts with a vengeance. But no good deed goes unpunished: Fail-fit Venture pilot Belatucadnos UK retaliated by spouting propaganda in local. 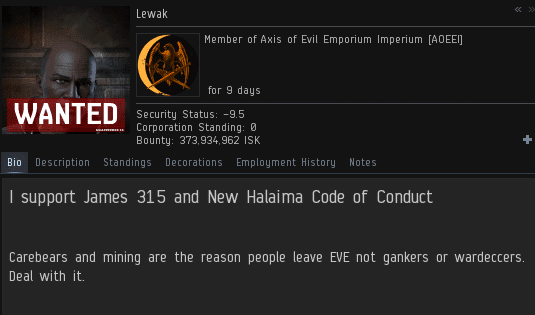 Lewak tried to improve highsec the best way he knew how. For this, many hailed him as a hero. Others cursed him as a monster. 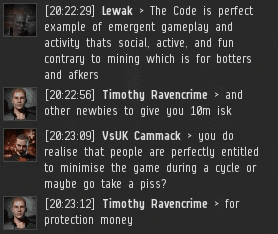 When Belatucadnos went silent, his mantle was picked up by VsUK Cammack. Our Agents suspected him of being Belatucadnos' alt. Perhaps the miner felt a character without a record of losing 27 million isk Ventures would have more credibility. 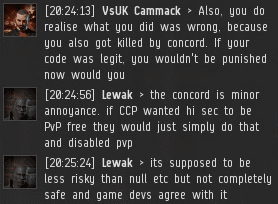 Agent Lewak never backs down from a fight. He verbally PvP'ed the miner with a Logic Cannon II. 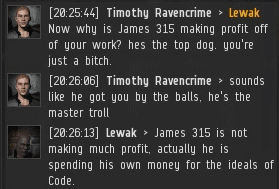 A pattern developed. Each time an Algogille carebear lost the argument, he or another carebear would change the subject to try a new line of attack.

I have 79 billion isk in my wallet, yet I am poor--because I am a river to my people! Despite being poor, I feel like the richest man in the world, because of friendship, etc. 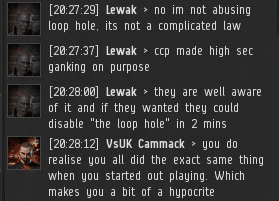 Lewak deftly torpedoed one carebear argument after another. The rebels acknowledged their defeats by repeatedly opening up new excuses for their poor behavior.

What VsUK saw as a weakness was actually an incredible strength of the New Order: Its ability to rescue its enemies and bring them to the right side of EVE. 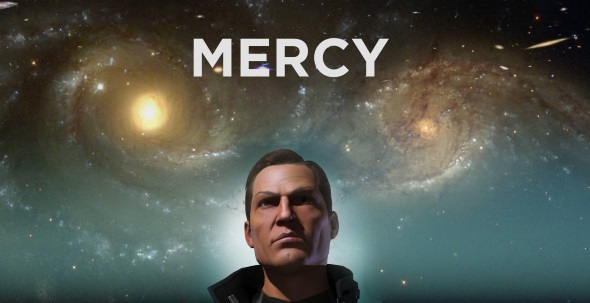 After all, it's not for no reason that my name has become synonymous with mercy. 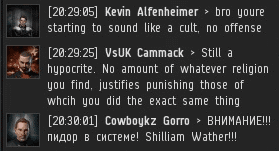 More miners erupted in local. While Lewak engaged the rebels in a debate, Agent Shilliam Watner was busy advancing the Code with antimatter. 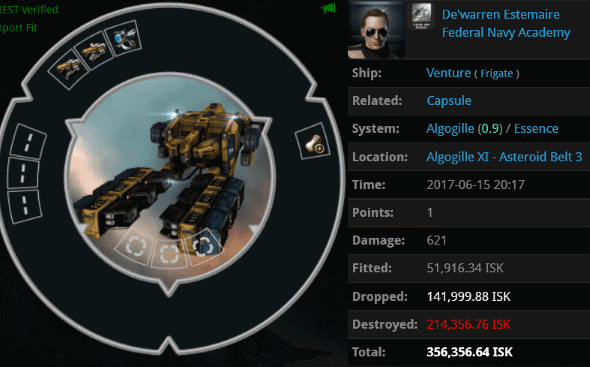 Shilliam Watner located the Code violator in a nearby asteroid belt and summarily executed him. 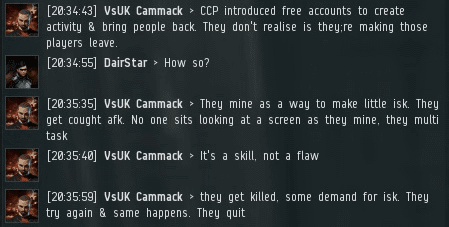 With nowhere left to hide, VsUK took refuge in the last, desperate bastion of carebearism: The belief that the Code will destroy EVE by driving away subscribers and bankrupting CCP.

Lewak wouldn't allow the scurrilous charge to go unanswered. He stepped forward to defend the honour of the Code.

To be continued...
Posted by MinerBumping at 00:57