Over One Trillion One Hundred Ninety-Six Billion in Shares Sold

Here, have some Bing. 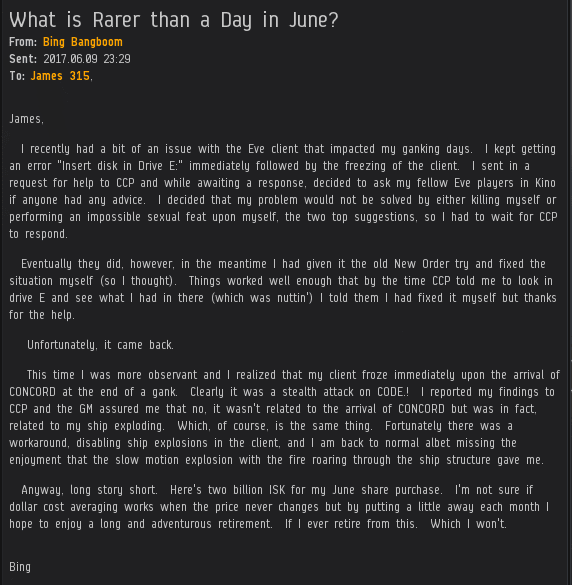 A truly harrowing tale, but all's well that ends well. Bing Bangboom added 2,000 more shares to his already sizable holdings of New Order stock. This brought us beyond the 1,181 and 1,182 billion isk marks and earned Bing a Double Supreme Protector's Tip of the Hat™.

Erika von Heisenberg also added to her holdings, purchasing 315 additional shares--enough to bring us past the 1,183 billion isk mark and earn her a Supreme Protector's Tip of the Hat™.

Next up: Black Pedro, whose purchase of 1,000 additional shares got us to the 1,184 billion isk mark. Black Pedro earned a Supreme Protector's Tip of the Hat™ of his own. 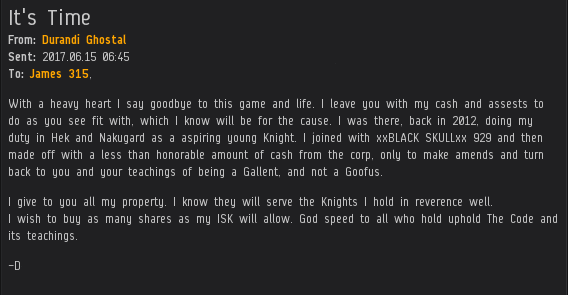 From time to time, people say goodbye to the EVE life and all that it entails. Usually they come back, but sometimes they move on from EVE for good. Yet they have the ability to leave a powerful, important legacy in the game, by giving me all their stuff. That way, their possessions can live on in the form of New Order stock that fuels the mission of the Code.

Durandi Ghostal sent me all of his isk, as well as all of his assets. Now, normally I only handle liquid isk, which is much more convenient than dealing with assets. For reasons like this: 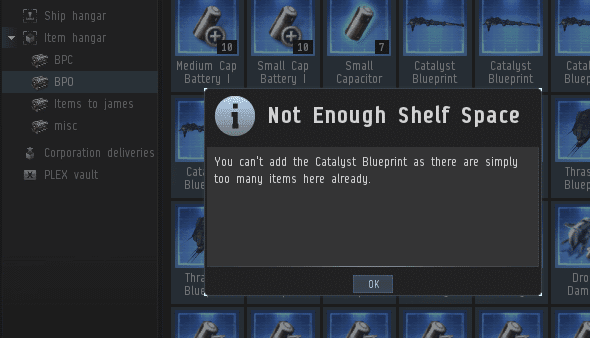 (Speaking of which, is anyone interested in a contract to buy several hundred used blueprints and BPOs?)

Since he left the game and handed over a large number of assets, I made an exception for Durandi and began the process of liquidating his stuff. It will take some time before the rest of his possessions get sold off, at which point he'll be credited with additional purchases of stock.

Characters come and go, but the Code is forever.
Posted by MinerBumping at 18:08