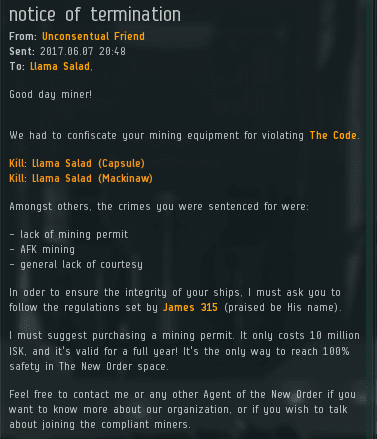 "What happened? How did they kill me in highsec? Why was I ganked?" These are questions no miner needs to ask any longer. Modern highsec is patrolled by Agents who are as helpful and informative as they are valiant.

Llama Salad's ice mining session came to an end when a group of highsec's finest suddenly appeared and killed him. Llama protested that he had a permit. Could it be true? 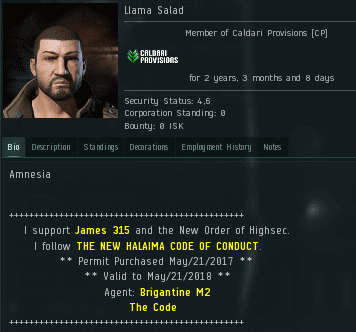 It was. Llama's bio clearly contained a mining permit. At that very moment, a high-powered investigation was launched. 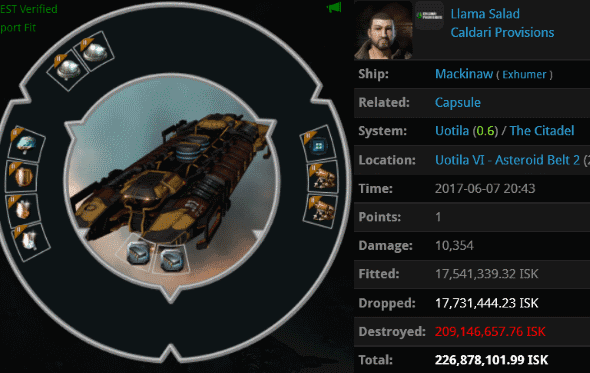 The miner's Mackinaw fit was suspicious. Llama missed no fewer than five opportunities to tank his ship. Six, if you count the fact that he was mining with a Mackinaw instead of a Skiff. 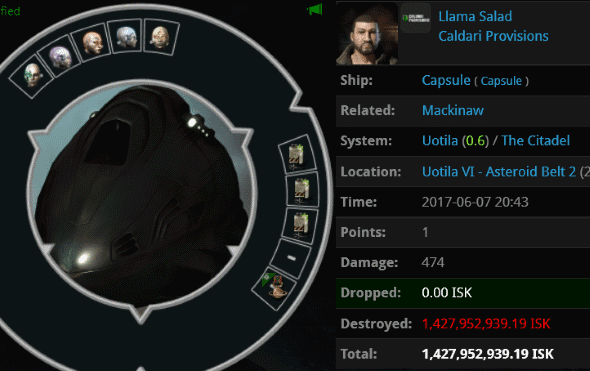 More evidence of corruption surfaced when Llama's pod was cracked open. The Capsule contained a staggering 1.4 billion isk worth of implants. That fancy little bauble hiding in the corner was an ORE Mining Director Mindlink. 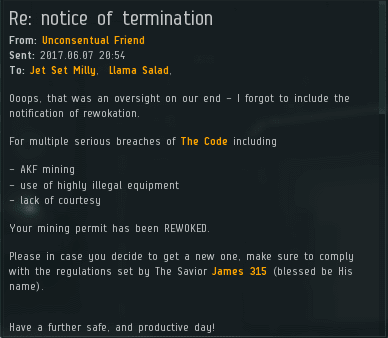 Agent Unconsentual Friend had no choice but to revoke Llama's mining permit. Fortunately, the New Order never runs out of permits to sell. 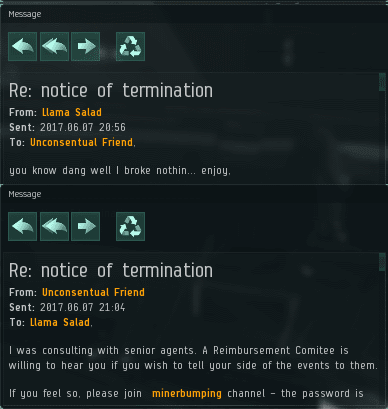 Llama insisted that he was completely innocent of any wrongdoing. Unconsentual didn't want to run afoul of any senior Agents, so the matter was escalated.

When Llama showed up at New Order HQ, our Agents were already hard at work saving highsec. But they weren't too busy to say hello.

Our Agents are experts at multitasking, so Llama's reimbursement hearing was held right in the middle of the busy channel.

The reimbursement officers reviewed the file and got up to speed in no time at all.

Our Agents are almost unbelievably efficient--they have to be, to govern highsec as well as they do. They immediately zeroed in on the question of Llama's tank.

At the first sign of trouble, Llama turned sour. He was rapidly losing faith in the Code--if he ever had any to begin with.

Without even waiting to hear the verdict, Llama left his own reimbursement hearing. It was a stunning, stinging admission of guilt. 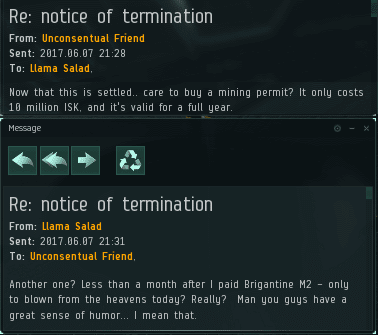 Llama put his true colors on display. He refused to buy another permit, and he also refused to remove his revoked permit from his bio. 'Twas another demonstration of a timeless truth: A bot-aspirant who pays 10 million isk is still a bot-aspirant.
Posted by MinerBumping at 17:55