Previously, on MinerBumping... Agent Kalorned discovered an illegal mining operation in the Gelhan system. Mission Ready Mining, a corporation with over 2,400 members, had deployed a bunch of miners there. The presence of these miners attracted additional rebels to the system. Despite their numbers, Kalorned was able to shut them down with a bumping ship and a few ganker alts. Hostile MRM pilots swirled around our Agent; the only one brave or foolish enough to attack him was killed.

Afraid to strike against Kalorned's mighty Orthrus, the MRM pilots had no choice but to dock up and wait for him to leave. Hours passed. Their plans changed from "ice mining op" to "crying in local".

Mission Ready Mining's carebears grew disgusted with our Agent, who apparently had no weaknesses and no intention of leaving Gelhan any time soon.

Another local miner, Sephtroth, brought an Orca into the ice anomaly along with some mining barges. Kalorned promptly bumped them right back out. They retired ungracefully from the field of battle.

Another hour went by, and the atmosphere only became more tense. Slypher Hekki, a friend of MRM, challenged Kalorned to a duel. If she won, the Mission Ready Mining corporation would be grateful--they might even give her some isk.

Slypher was sick of New Order Agents who only shoot ships that can't shoot back. She begged Kalorned to fight. 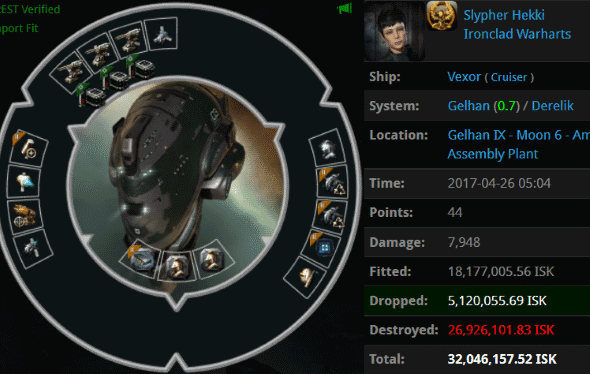 Carebears, be careful what you wish for: A few minutes later, Kalorned accepted the duel and killed Slypher's Vexor.

In lieu of giving Kalorned a "gf" in local, Slypher tried to laugh it off. The miners of Gelhan, who had been watching the conflict very closely, were crestfallen. 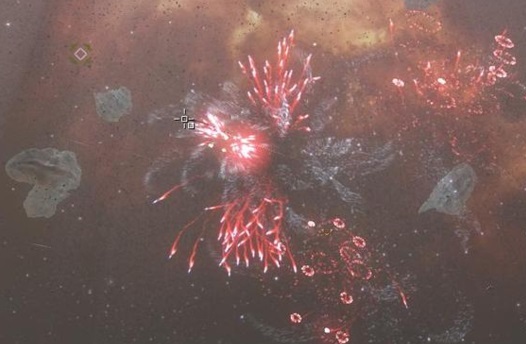 Kalorned's triumph was undeniable. A resident of Gelhan treated him to a fireworks display in the ice anomaly.

More time passed, and Kalorned maintained his stranglehold on Gelhan. Additional miners filtered into the system, only to be disappointed by MRM's standing orders to remain docked up. redneck atkinson, a former member of MRM who entered Gelhan after the Vexor fight, accused Kalorned of never shooting combat ships. When will these miners learn?

It was now five hours since our Agent entered Gelhan and shut down mining operations. The locals were powerless to do anything but discuss and theorize about Kalorned.

More time went by. The chatter evolved into a kind of panel discussion, like one might find on a cable news show. All agreed that Kalorned was a monster corrupted by his power.

After a while, more MRM pilots gathered. There was now a real possibility of the carebears giving battle. But Kalorned reminded them that to be entitled to a duel, they must pass either the Test of Valour, the Test of Wisdom, or the Test of Fortitude, as outlined in the Code.