The Agents of the New Order are EVE's rock stars. They attract attention wherever they go--even when not they're doing anything. The mere presence of someone from the mighty CODE. alliance in local can be enough to draw a crowd.

Angry carebears howl at our Agents. But every so often, a dangerous threat emerges.

Agent Australian Excellence was spotted by Kapisa Pollux, a self-styled "Code Killer". So much for a peaceful day of killing defenseless miners! Australian had a real fight on his hands.

Kapisa spat insults while hunting down our Agent. He didn't fear the Code or pay any respect to highsec's Saviour. By his own admission, Kapisa was a merciless, terrible enemy. Just how big of a threat was he, though? 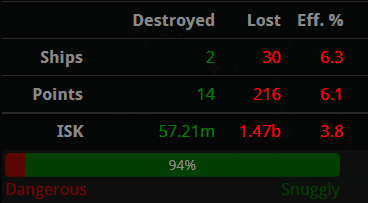 Kapisa had a killboard efficiency rating of less than 4%. The Code Killer may have slightly exaggerated his PvP prowess. 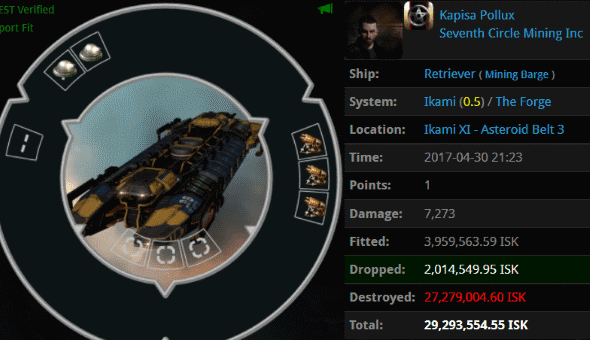 Ah, there it was: Although he'd denied being a miner, Kapisa lost a mining ship to a member of CODE. a few months earlier. At the time, this non-miner was a member of a corp called Seventh Circle Mining Inc.

The Code Killer didn't yet have any kills against CODE. members recorded on his killboard. He had plenty of opinions, though. He accused our upstanding Agents of being sociopaths and macro users.

Those who have never enforced the Code would be surprised by how many highsec miners claim to have served in the military. If their claims were taken at face value, one might assume that military men have a natural distaste for action and competitive activities. However, intelligent and discerning people are never required to take carebears' claims at face value.

Kapisa's failed efforts at verbal PvP were interrupted by Oak Heart, another rebel who had an axe to grind.

The Code Killer disliked CODE. members and people who code for a living. He had little esteem for office workers whose contribution to society paled in comparison to his own unverifiable heroics.

Kapisa went on to brag that his real-life killboard was far better than his underwhelming EVE killboard. And yet somehow he failed to impress our Agent.

Australian knew what this miner really needed: A sympathetic ear and a 10 million isk mining permit. He offered to provide both. Would the Code Killer accept?

To be continued...
Posted by MinerBumping at 17:08